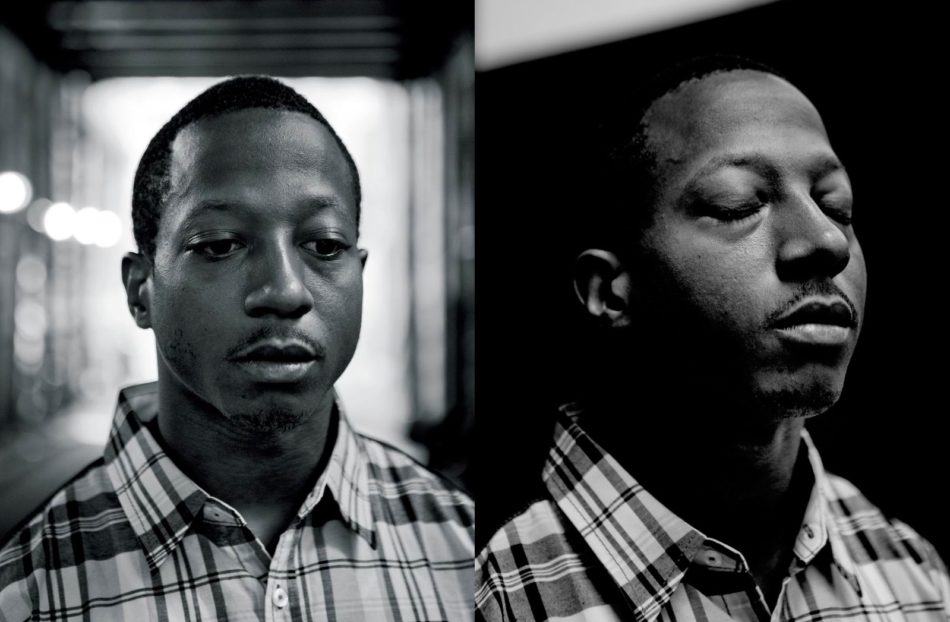 At the age of 22, Kalief Browder hanged himself at his mother’s home in the Bronx. Browder suffered from depression as a result of the severe mental and physical abuse he experienced while incarcerated on Rikers Island. He was arrested when he was 16 for allegedly stealing a backpack, and sent to Rikers because he could not afford the $3,000 bail. He spent 400 days in solitary confinement and was eventually released when charges were dismissed for lack of evidence.

Three years since Browder’s death, his brother, Akeem Browder, wants Governor Andrew Cuomo to do more for criminal justice reform. Cuomo has promised to prioritize justice reform if reelected in next week’s midterm elections, but Browder feels that so far, the governor has not delivered on his promises.

“The governor and the Democrats in Albany, as well as the Republicans, need to get off their high horse and really just understand this is a human rights violation” said Browder, who founded the The Kalief Browder Foundation to advocate for criminal justice reform. “Whether you’re a Democrat or Republican, whatever field you’re on, it does not matter. There are human bodies that are behind these bars and do not need to end up like another Kalief.” 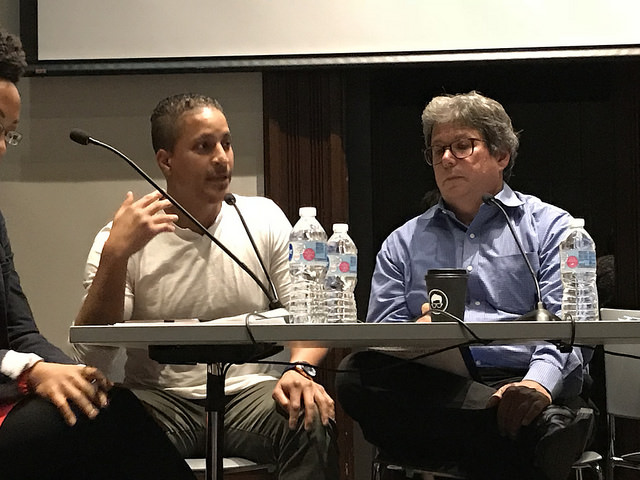 Akeem Browder (left) discusses the need for criminal justice reform with Dr Michael Jacobson, Chairman of the Board of the NYC Criminal Justice Agency. Photo by Kathleen Taylor

According to the 2018 report of the Independent Commission on New York City Criminal Justice and Incarceration Reform, there are over 8,000 people held in New York City jails without trial, none of whom have been found guilty. Many of these people are detained because they are unable to pay bail. Reform advocates argue that the current bail system unfairly discriminates against the poor, many of whom are people are color.

Earlier this year Cuomo signed into effect the Raise the Age law, which allows for 16 and 17 year old offenders to be prosecuted and detained in separate facilities, instead of with adults. However, many have criticized the Cuomo for taking so long to enact this law and for the implementation being too slow.

According to The World Prison Brief, published by the University of London’s Institute for Criminal Policy Research, the United States has the highest incarceration rate in the world with about 2.2 million people in prison at any given time. Of those incarcerated, 451,000 are awaiting trial. 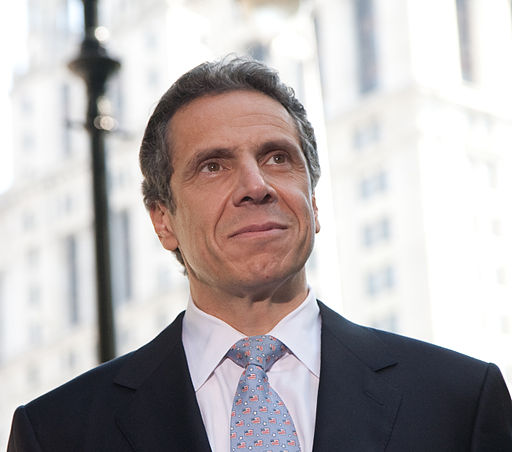 While President Trump has recently engaged in conversations regarding justice reform with high profile celebrities, Kim Kardashian and Kanye West, so far there have been no legislative reforms. The First Step Act, a justice reform bill which was approved by the House of Representatives earlier this year, has not yet reached the Senate.

The upcoming midterm elections will not only determine the composition of the US Senate which may vote on this bill , but also the state senates that will be considering legislative reforms at the state level. With the US Bureau of Statistics reporting that 87 percent of US prison inmates are held in state facilities, the midterm elections offer the potential for substantial change to the country’s criminal justice system.

In New York, Democrats have introduced various justice reform bills calling for bail reform, the introduction of speedy trial requirements, and discovery reform which would allow accused persons to be informed of all evidence against them prior to their case. So far none of these have passed through the Republican controlled Senate. Some blame Cuomo’s failure to deliver on justice reform on the composition of the Senate.

“As we approach this election, the makeup of the Senate may or may not change,” said Ashley Southall, criminal justice reporter for the New York Times. “We might have the same dynamic where we have Democrats passing reforms in the Assembly and then Republicans blocking them in the Senate.”

Some justice reform advocates are hopeful that if Democrats take control of the state Senate in the upcoming elections, then these bills will be passed.

“Money bail needs to go,” said Insha Rahman, Program Director of the Vera Institute.“But in the system that we have, that requires a legislative fix up in Albany. And as we know things in Albany are fraught. Perhaps maybe less fraught after November 6. We’ll see”.

Others wonder whether the Republican Senate is really what has prevented reform so far.

“Do they [New York’s current leaders] want to fix the system?” asked Aiyuba Thomas, an NYU student from Queens who was formerly incarcerated. “Or are they actually just appeasing people? Giving them little tidbits.”

“When you hear a lot of debates, this is a topic that’s skimmed over,” said Thomas. “If it is spoken about, it’s very brief. How much is this the politicians’ concern?”

But Thomas appreciates that justice reform will take time.

“The world is not gonna change tomorrow,” said Thomas. “You could get 10 new guys, 10 new women in there that are all about prison reform, but it’s still a process. We’re making headway if we are able to rally voters who care about these issues to vote for the right people. That’s a big one, the voting process.”

“Now that they’ve given us these rights to vote, a person who’s been in the system, who knows what’s going on, can better choose or better give their vote to a person who they feel is the right candidate,” he said. “Voting is very essential.”

Davon Woodley is an activist for the #CloseRikers campaign which lobbies for comprehensive criminal justice reform. Photo by Kathleen Taylor.

Davon Woodley, a formerly incarcerated justice reform activist from Harlem, said that the right to vote is a key driver of change.

“People who are home now have the right to vote,” said Woodley.  “And I think that that is a great way to create change in itself. What is going to change thisis who we as people put in place to represent us best.”

Woodley is an activist for the #CLOSErikers Campaign which lobbies not only for the closing of the jail on Rikers Island in New York City, but also for various other criminal justice reforms.

“When I go to parole I still feel incarcerated,” said Woodley. He believes that the current parole system places unreasonable curfews and restrictions on people who are trying to reintegrate into society after prison.

Woodley worked as a teacher and mentor while in prison. He said that the most he ever earned in prison was 25 cents an hour.

“If I were paid minimum wage, I’d feel more comfortable putting it on my resume,” said Woodley. “I’d feel more proud. You come home with $40 and a bus ticket. That’s not gonna get you anywhere.”

None of these issues are currently on the ballot for New York State. Nor is program reform or sentencing reform. These are both major issues for Thomas, who thinks that the justice system needs to take more notice of the complex differences between the rehabilitative needs of different prisoners.

But Thomas is encouraged by the direction in which justice reform is headed.

“Everything is progress,” said Thomas. “I think this age that’s coming up is more about fairness. So hopefully it’ll be over soon.”

Regardless of the outcome of the upcoming elections, activists will continue to lobby for reform.