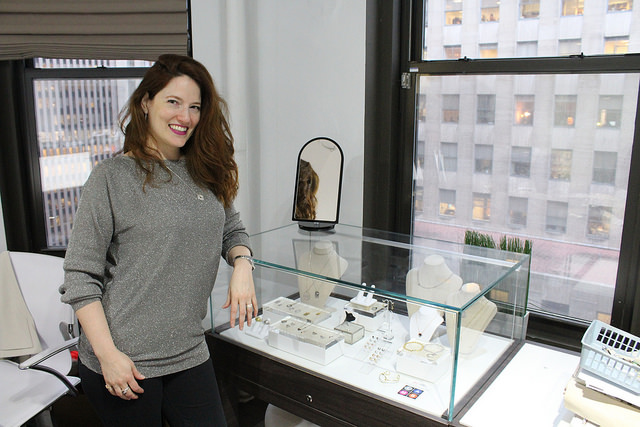 New Yorker Julie Lamb is a savvy businesswoman. Two years ago, she decided that it would be nice to manufacture her eponymous jewelry line in New York City.

“It makes for a nice story,” she said. “I like the idea of having something ‘Made in New York’ by a New Yorker.”

It sounds alluring, but for Lamb, the “Made in New York” label is not just a marketing ploy.

“I’m also very hands-on with my business and I can be a control freak,” said Lamb. “In New York City, I like how I can easily check where I get my materials from. I also don’t like the idea of traveling far when it comes to overseeing the manufacturing process of my merchandise.”

Lamb doesn’t mass produce her goods and designers like her, who work on limited edition merchandise, opt to manufacture in New York City, mostly for quality control and easy accessibility. 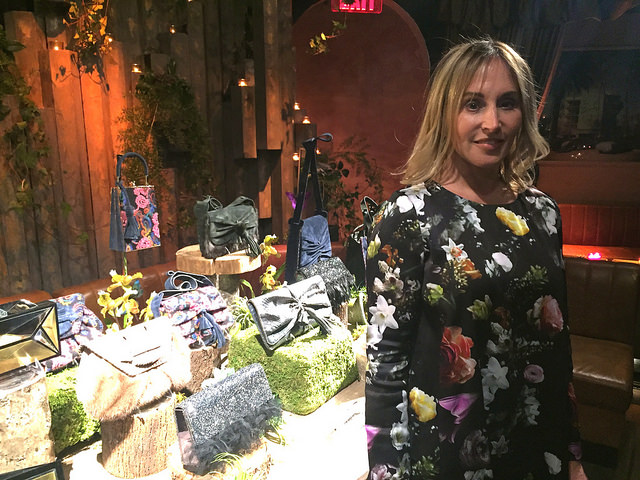 “All of my bags are handmade and are order-based so I don’t have to mass produce,” said handbag designer Jill Haber  on why she manufactures in New York City. “I have total control in every step of the bag making process. I can easily go to the workroom when I need to. Plus, I also want to have a workplace that’s close to my home and family.”

For big fashion businesses, manufacturing abroad can be cheaper, especially if done by the thousands. Last year, the United States Fashion Industry Association released a study stating that US fashion companies will still continue to source from countries like China and Bangladesh, as “larger companies seem to have a more diversified sourcing base than smaller companies.”

But for businesswomen like Lamb and Haber, who manufacture goods mostly on a two-digit basis per design or style, it’s still less costly to produce and source in New York City.

Designer Rachel Gregory of Gregory Apparel said there are also other expenses to consider when outsourcing abroad, like air travel, shipping, and customs. 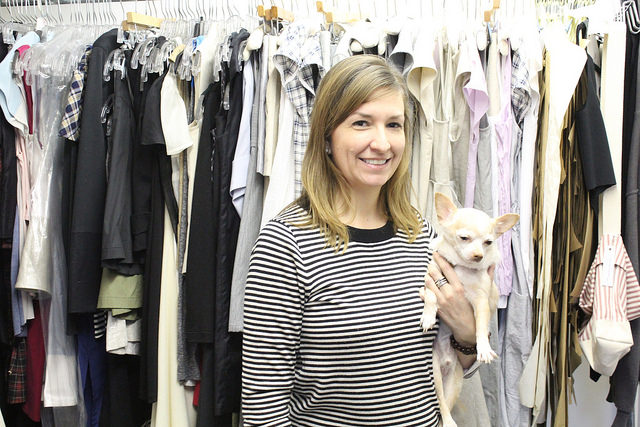 “When you’re manufacturing by the thousands, it may be cheaper to manufacture outside the US,” said Gregory. “But if you’re like me, who just makes about 20 to 30 pieces per design, it’s more affordable to produce in New York City.”

Another advantage of being based in New York City is that it’s easier to translate and materialize design ideas into actual merchandise.

“My factory is just a few steps away from my design office in midtown so sewers and garment makers can just call me and I can easily drop by to check and solve any problems if ever,” said Gregory. “The problem with being far from your manufacturers is that things can get lost in translation. For example, if you’re corresponding to factory workers from across the globe online, there’s a chance that they won’t even tell you in time if something’s going wrong already.”

The designers admit though that business can still be expensive in New York City. Resources and labor can be two to four times pricier than other countries, said Lamb.

But as a major fashion capital, New York City can give important business connections to local designers, especially the Council of Fashion Designers of America (CFDA) and the Made in New York fashion initiative.

Although since New York City’s fashion scene is competitive, building contacts can be challenging itself, which doesn’t guarantee immediate success in the industry.

“The CFDA is by-invitation only,” said Gregory. “Meanwhile, the Made in New York initiative requires designers to have insurance and an existing retail partner  and I don’t have those yet.”

Gregory, Lamb, and Haber are not yet part of the CFDA and Made in New York.

The three remain optimistic in the city though, to varying degrees.

Haber’s handbags are sold by different stores in territories like the UAE and the United Kingdom. Just recently, she launched her latest accessories collection during the recently held New York Fashion Week. 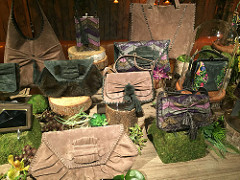 A selection of Jill Haber’s purses that are made in New York. Photo by Eugene Santos

Meanwhile, Gregory is now rethinking her business strategies, since she still doesn’t have a retail partner yet.

“My strength for now is in catering to individual customers than retailers,” said Gregory. “I should also get myself out there more and focus better on social media.”

For her business, Lamb sells her jewelry online and is now just collaborating with select retailers like Reinhold Jewelers in Puerto Rico. 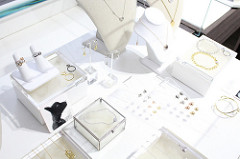 Julie Lamb’s jewelry merchandise are made with precious metals and stones like gold and diamonds. Photo by Eugene Santos

“I’m definitely open to partnering with big department stores someday,” said Lamb. “But for now, small and independent stores give me more business leeway than they.”