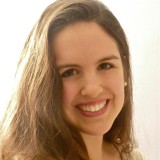 Tinder has been a welcome relief to safety-conscious singles.

Full time financier by day, dating coach on nights and weekends. Kiton is determined to share his romantic tactics with the bachelors of America and beyond. 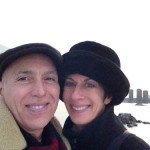 The senior singles gather at restaurants where they collectively dine and share their ideas on pre-determined discussion topics.

In the streets surrounding the capitol, thousands of Inauguration-goers shuffled around like confused cattle.

Acting classes help recovering addicts on their road to sobriety

Phoenix House partnered with the Stella Adler Studio of Acting, and began offering its residents a weekly acting class. Now, a month and a half later, there is a wait list to get into the class.

Stuyvesant Town was badly hit by Hurricane Sandy. The East Village apartment complex suffered extensive flooding and tree damage, and its residents remain without power and heat. There is no guarantee how soon residents' utilities will return.

Still Occupying: Arrested once, but still not afraid to fight

The danger of arrest might have been present again this morning, but Rachel Smith made it clear she was in the OWS movement for the long haul.