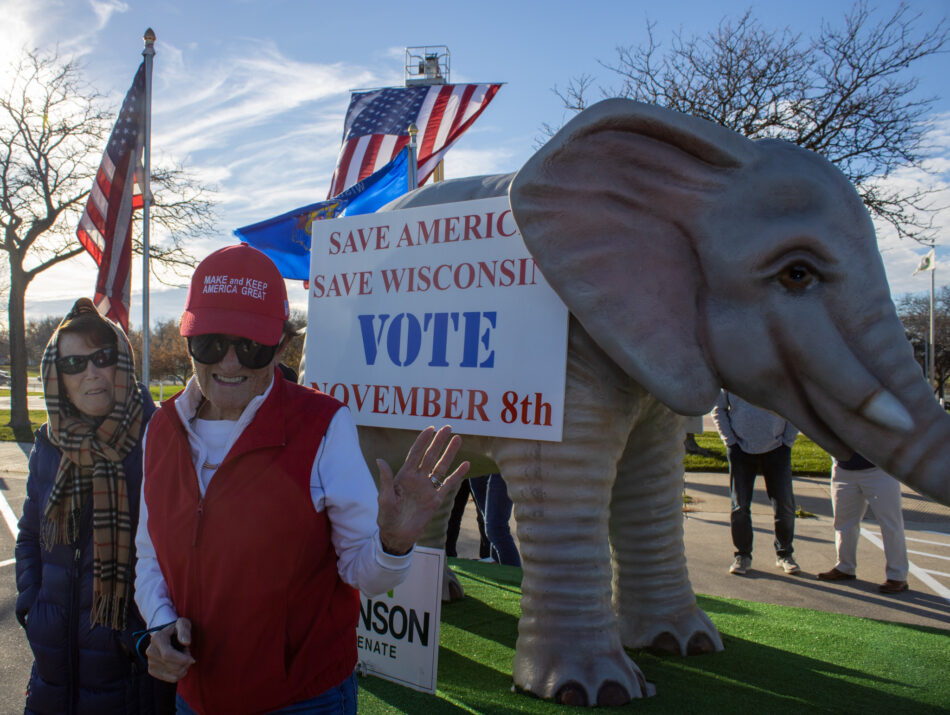 Supporters of Sen. Ron Johnson at a rally in Waukesha, Wisconsin on Nov. 7, 2022. Sen. Johnson worked with other Wisconsin Republicans to create an online portal for individuals to report instances of suspected voter fraud. Photo by Lauren Peacock

Last September, a group of conservative activists walked into the Racine County Courthouse wearing bright yellow shirts that read “FREE HARRY” in bold black text. They were there to support 68-year-old activist and Racine resident, Harry Wait, during his trial, and were promptly ordered to leave by the judge. Wait is currently charged with committing voter fraud and identity theft for attempting to illegally order absentee ballots for the Wisconsin Assembly Speaker and the Mayor of Racine; crimes he openly admits to committing. He says he wanted to prove that Wisconsin’s absentee voting system could be easily manipulated.

As Republican strategies to cast doubt on the country’s election system continue, this midterm election could have long standing consequences for Wisconsin’s voting system. In the two years since Donald Trump refused to accept the 2020 election results, the Republican party of Wisconsin have made a series of calculated moves to sow distrust of the election process. The Republican candidate for Wisconsin governor, Tim Michels, has pledged that he will dissolve the Wisconsin Election Commission if elected, arguing that they have failed to uphold election integrity. Racine County, a purple county in a battleground state, is seeing the effects of the Michels’ campaign as skepticism of the election process plagues voters.

“I hope there’s a lot more people watching it.” Chris Osgood, a 43-year-old Kenosha resident said. “The more people that are watching the ballots and the polls, the better I feel about it.”

Osgood is an Illinois native who moved to Kenosha several years ago. He’s a lifelong Republican, admirer of Trump, and firm believer the 2020 election was stolen. He voted early this election season, and says the only ballots he’d trust are ones handed over to the polling center from the voter’s own hands. 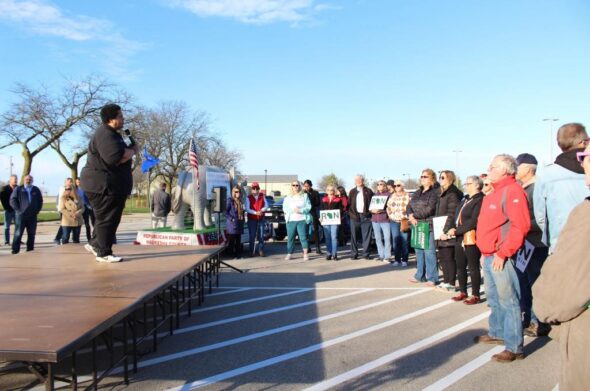 The Wisconsin Republican Party told Wisconsin Watch they had recruited three times as many poll watchers for this midterm compared to the 2020 election. They say it’s to deter any ballot manipulation attempts, but adding more skeptical eyes at the polls isn’t enough for voters like Osgood to say that voter fraud is taken care of.

“It’s too soon to tell, we got to see what happens on Tuesday and the subsequent days. I’m hoping it’s fine. I feel better about it this year than I did two years ago.” Osgood said.

Democrats have invested significant resources to counter the Republican narrative. There are billboards throughout Kenosha and Racine calling for residents to defend democracy and election integrity. Still, there remain some people in Wisconsin who continue to doubt the stolen election claim.

“That’s some stuff Trump started up.” Michael Torrance Peterson, a 36-year old barber who has lived in Racine for the past 20 years, said. “The way that he came up with this cockamamie story was that he was robbed. His first election, I think that was good. But the second one, he wasn’t robbed, he just lost. He’s just a sore loser.”

While Peterson never embraced the election fraud story, he still lacks faith politicians will represent their constituents with respect. He carries immense distrust towards politicians across the political spectrum, and feels frustrated with the election system as a whole, regardless of who wins.

Racine county is the second most diverse county in the state of Wisconsin. While Wisconsin barely voted blue in the 2020 election, Racine County voted for Trump by four points.

“You would see that with a lot of the minorities nowadays,” Ibhan Mohammed said “a lot of us can relate to Republican ideologies, and you’ll notice a lot of people can’t understand that.”

Mohammed, 26, grew up in Kenosha, where he is currently raising his young daughter. As of Nov. 6, he had not decided who he would vote for, and often feels neither party really represents him. He says it is rare for candidates to campaign in his neighborhood. 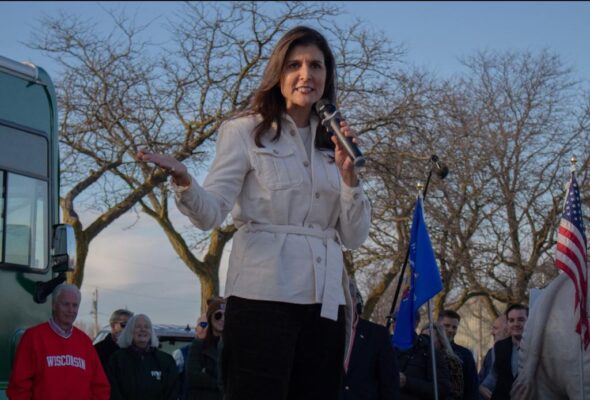 Undecided voters like Mohammed are the Racine County voters both Republicans and Democrats are trying to court. He has no loyalty to either party, though tends to lean more left on issues like gun control and abortion rights. But when it comes to voter fraud, Mohammed doesn’t know what to think.

“I honestly don’t know for sure if everything actually goes that fair.” Mohammed said. “We all have the freedom to vote. But even if we’re all going out and voting, I’m not sure if other factors come into play.”

Mohammed wouldn’t elaborate what those other factors were, but did say the problems with American democracy were greater than the election process itself. In Racine County, voters may be divided on the validity of the election, but that doubt comes from a greater distrust of the current state of the country’s politics.

Republicans are capitalizing on the distrust this midterm. If they succeed in electing Tim Michels as governor, that distrust could empower the Republican Party to dissolve the Wisconsin Election Commission and give them extensive control over the state’s voting regulations for the 2024 presidential election.