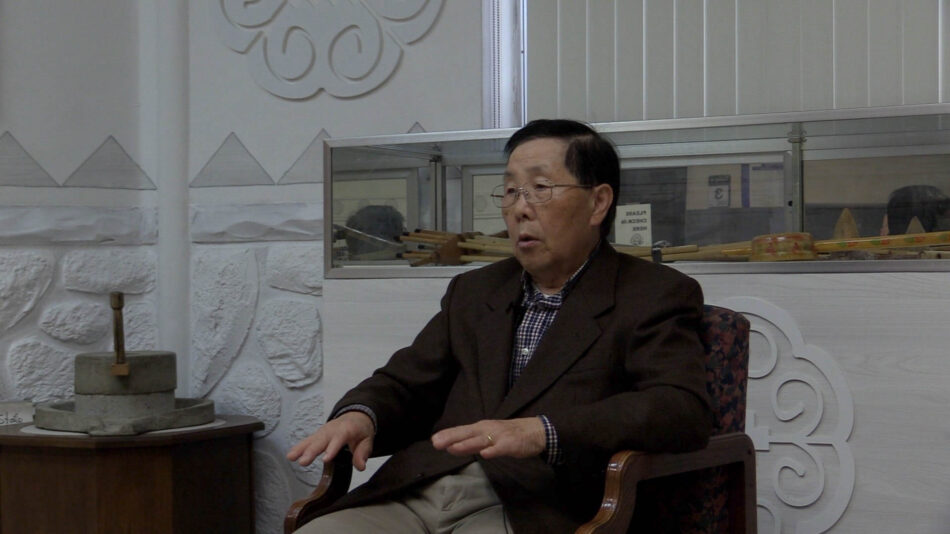 In the 1970s, Cherkao Vang and Mayhoua Moua arrived in the United States. Now they are American citizens and have lived in Wisconsin for more than 30 years. They are Hmong Americans, part of the largest community of Asian Americans in Wisconsin, and they paid close attention to this midterm election.

“We have to take a part in educating our people why it’s important to make their voices heard through voting,” Moua, who is now the executive director of Milwaukee Consortium for Hmong Health, said.

The Hmong lived in China for centuries, but they had their own culture and language separate from the Han majority. In the 1800s, they left due to increasing conflict with the Qing Dynasty. They settled in what is now Vietnam, Laos, Thailand and Burma, where they would end up embroiled in various conflicts over the centuries.

During the Vietnam war, the C.I.A. organized a “Secret Army” composed of Hmong people to fight for the United States. The war ended in 1975 after approximately 50,000 Hmong men and boys were killed or wounded. When the Laos Communist Party seized control of South Vietnam, they attempted to genocide the remaining Hmong soldiers and their families. A wave of Hmong people fled the country to Thailand and immigrated to the United States and other countries as political refugees in the following decades. 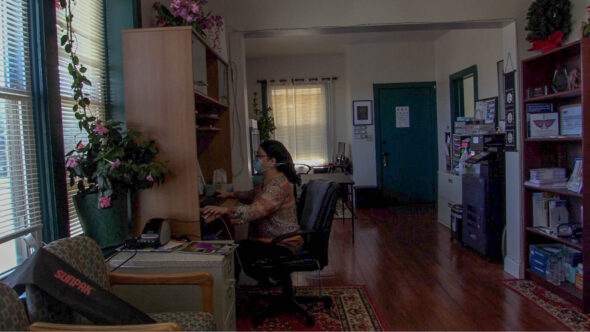 Vang and Moua were part of this wave of immigrants. In 1998, there were around 200,000 Hmong people in the United States.

Vang was a 24-year-old soldier who had been living in a refugee camp in Thailand for three years. He was forced to flee Laos with his wife because he had worked with the C.I.A. during the Vietnam War.

Moua’s father had also worked with the C.I.A. during the war, and he brought her and the rest of their family with him when he fled the country. They lived at a refugee camp in Thailand for one year, and when they finally arrived in the U.S. Moua was only 7 years old.

Wisconsin has the third largest Hmong population in the U.S. with over 62,000 Hmong people as of 2021, accounting for just over 1% of the state’s population of 5.9 million, according to the U.S. Census Bureau. Most Hmong Americans here have similar experiences to Vang and Moua.

However, it’s challenging for senior Hmong Americans to get involved in politics. They didn’t grow up in the U.S., so they face a language obstacle.

“In Laos, I did have educational training, but in America, I understood only a little bit of English,” Vang, a retired machinist, said.

Vang still thinks he’s not good at English even though he has received training here. Amoun Sayaovong, Vang’s nephew and the elderly services specialist for the Hmong American Friendship Association helped translate.

Hmong Americans are also not familiar with politics in the U.S. because they grew up in a  different political environment.

“We come from a background where we didn’t have very much choice in politics,” Moua said. “That is not because we don’t want to, but we’re just not used to it, and we don’t fully understand it.”

This is also why the institution where Moua works often holds workshops to provide education to the local Hmong Americans and share information on different political candidates and their platforms.

Often, the attention to politics depends on individuals. Cherkao Vang doesn’t like getting involved in politics, instead, he tries to focus on his family.

“A lot of my friends say that I am a young man because I don’t deal a lot with issues that cause people headaches,” he said.

Vang did pay some attention to politics when he felt they impacted his life. This is why he says he used to support the Republican Party. When Vang and his wife first arrived in the U.S., he made very little money. He was paid $8 an hour as a worker shaving wood. Then he graduated with a Certificate of Machinist, which grants him the credentials to work at a machine shop, but he still couldn’t find a job. At that time, Jimmy Carter was serving as the U.S. president. Once President Ronald Reagan came into office, Vang felt the economy improved and there were more jobs available. He also got a job at the Milwaukee Area Technical College.

“I think that he is a great president,” Vang said of Reagan.

Now Vang is an independent voter and doesn’t pay much attention to politics. He voted for Democrat Tony Evers for governor and Republican Ron Johnson for senator in the midterm election, and he says he chose them because he’s familiar with their names.

“Hmong voters don’t get their information from traditional media outlets,” Sayaovong said. “If a candidate is made known to them, through a meet, or a greet, or through friends and family, just hearing that name from a trusted source will often make the difference in voting for a candidate.”

Sayaovong introduced his uncle to Governor Tony Evers when he asked him to attend a meet-and-greet event for the then-candidate. Although Vang was unable to attend, just hearing the name made the difference in voting for Evers. As for Ron Johnson, Vang said he didn’t know who Mandela Barnes was, and Ron Johnson is the person he voted for in the last election.

Moua has also already cast her vote. She declined to share her decision because she runs a nonprofit organization, but she said that affordable health care for Hmong Americans was her deciding factor in the voting booth this November.

She said cancer and chronic diseases like hypertension and diabetes are very prevalent in the Hmong community, but it’s hard for the Hmong people to fully conceptualize western physical therapy in their minds.

“When you talk about operations or surgery, the only vision that we can understand is how we butcher animals for food,” Moua said. “Cancer to us is like a death sentence.”

When Moua’s family first came to the U.S., they had never been exposed to western medical practices. The only way to cure diseases for Hmong people was to look for a shaman to perform spiritual healings, a traditional religious practice in the Hmong culture. It’s a gradual process for the Hmong people to trust western medicine. 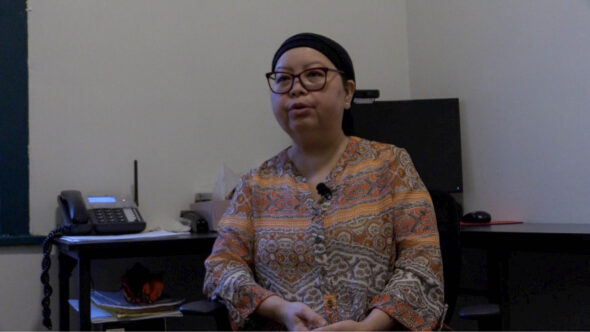 When Moua’s father-in-law had appendicitis, his relatives didn’t understand. He chose to undergo surgery because he felt there was no other option. The procedure saved his life. And now he encourages people around him to trust western medicine. Moua also uses her own experience receiving medical care to educate other Hmong Americans and encourage them to do screenings for early detection of cancer and chronic diseases.

A major challenge in addressing these issues is that the Hmong Americans are a minority within a minority. There is not enough data to demonstrate why they need to educate the Hmong people, so it’s hard to find grants to support their educational programs.

Moua and her colleagues attend research conferences to bring attention to Hmong people’s healthcare and medical issues. They also go to churches, organizations, festivals, and different community events to expand their network and reach out to people in the community.

Although Moua and Vang came from the same origin and cultural background, they still vote for different reasons. Neither votes for a certain party.

Politicians in Wisconsin know about Hmong Americans’ preference for voting and they take action on that. Tony Evers, the governor of Wisconsin, often goes to the Hmong community in person. He signed a bill to order the U.S. and Wisconsin flags to be flown at half-staff to honor Hmong-Lao Veterans Day this May. And he won his re-election campaign for governor earlier this month.

“For causes, not for parties,” Moua said, “If they want our votes, they need to come to us. ”