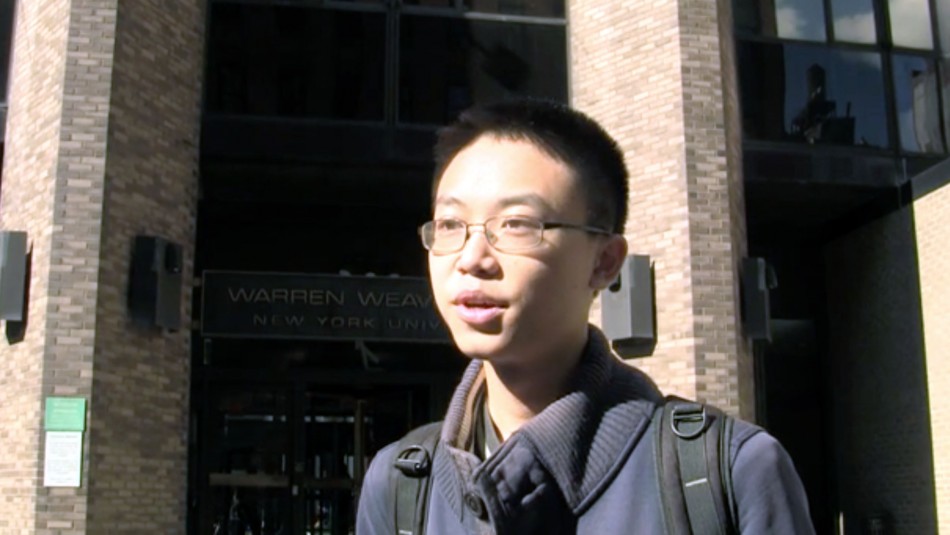 The midterm elections are scheduled for Tuesday, but whether or not scores of New York University’s students will hit the polls is still undecided.

“I think that it’s important for Americans to vote,” said Nicole Horowitz, 21, a student in the Gallatin School of Individualized Study, living in the West Village. “Ideally they should be well-informed on the issues, but I think that no matter what state you live in, it’s important to do what you can.”

But Horowitz’s ideals are not shared by everyone on the sprawling Greenwich Village campus, in the heart of Washington Square. NYU has 58,547 students.

Utkarsh Saddi, 21, a Leonard N. Stern School of Business student, living in New Jersey, said he will not vote.

“I do care what happens,” Saddi said. “But I’m just not interested in taking time to go vote. I have better things to do.”

Saddi added that he doesn’t care for either candidate on either platform, which, according to an analysis by The Center for Information & Research on Civic Learning & Engagement (CIRCLE) at Tufts University, is why 5.8 percent of registered voters ages 18-29 didn’t vote in the 2010 midterms.

While President Barack Obama still has two more years in office and his name won’t be on a ballot at the midterms, the elections are considered a thumbs up or thumbs down on his performance. Government gridlock has plagued his presidency and the vote on Tuesday could either ease the gridlock or tighten it. On the ballot will be all 435 seats in the House of Representatives up for re-election, along with 36 Senate seats and 36 gubernatorial seats. Currently the House is controlled by Republicans and the Senate by Democrats.

Voting on who will fill the seats in the midterms, in addition to Horowitz, (who cares about environmentalism and sustainability), will be Francesea Querci, 20, a journalism student in the College of Arts and Science, living in Chinatown. Querci said she will fill out a ballot because she finds political participation extremely important. She’s interested in housing reform.

“Especially as somebody who is considered part of a younger generation, we should participate because we’re going to be the future leaders of this country,” Querci said. “And we need to put people in offices where we can get our voice out there.”

Since 1964, young voters ages 18-24 have consistently voted at lower rates than other age groups, according to an April 2014 report released by the U.S. Department of Commerce and the United States Census Bureau.

Nationwide, young voting rates dropped from 50.9 percent in 1964 to 38.0 percent in 2012. According to CIRCLE’s May 2013 fact sheet – with data obtained from the Current Population Survey (CPS) November Voting and Registration Supplements – the 2012 voter turnout of those aged 18-29 in the state of New York was at 42.4 percent versus 63.4 percent for those aged 30 and older.

The Commerce’s report also mentioned that voting and registration rates are historically lower in non-presidential election years, which we are currently in.

Michael Pernick, 26, a School of Law student and active member on the NYU Law Democrats board, agreed that numbers have been rising in the youth vote and youth turnout in recent years, but he’s not sure if that will continue after Obama finishes his term.

“That’s a trend that I believe maintained itself that the youth vote has turned out more in recent elections, especially post-2008, than it has previously if you isolate all other variables,” Pernick said. “And that might just be the result of having Barack Obama on the ballot.”

With uncertainty of voter turnout in a non-presidential election year, another obstacle for students is them not registering in their new state. Adam Schulz, 19, a Gallatin student from Chicago, Ill., living in Union Square, said that he’s not voting in the midterms because he never registered in New York. About 10 percent of registered voters in the CIRCLE’s analysis didn’t vote in the 2010 midterms because they were out of town or away from home.

“I could see myself [registering] in the future possibly,” Schulz said. “It’s good to have a say … and I’m going to be spending the majority of my life for the next four years in New York City, so I think I should start getting involved with the voting process.”

Schulz being an out-of-state student represents much of the NYU student body, as the university is home to students from across the globe and across diverse backgrounds.

All 50 states embody the undergraduate student population, international students make up 20 percent of the university’s student body (8.954 students), and the 2013 freshmen class is 18 percent international from a record-breaking 87 countries.

Anibal Suriel, 19, a Stern student from Miami, Fla., living in Chinatown, said that he never planned to vote and isn’t interested, a reason why 17.2 percent of registered voters in 2010 didn’t make it to the midterm polls.

“It’s kind of a hassle, well not a hassle, it’s a process that I’m not familiar with,” Suriel said, adding that he doesn’t know how to register.

Also too busy with classes and extracurricular activities, like 33.5 percent of registered voters in the CIRCLE’s analysis, Suriel, said that he could be interested in voting in the future.

“I definitely would be interested in [voting], especially because political science is my second major,” Suriel said. “So I guess that’s something I should look into.”

Joanna Bouras contributed to this report