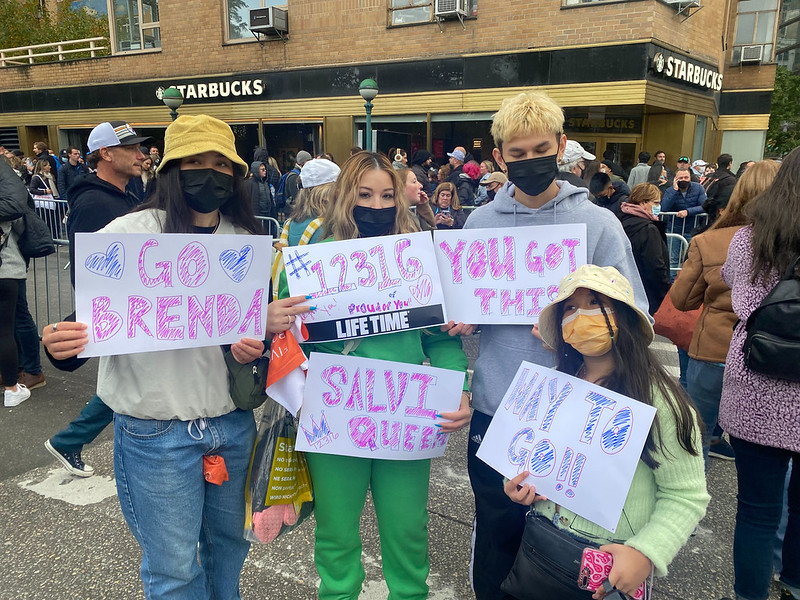 Natali Gonzalez and her three children screamed and waved their five signs as they supported their cousin Brenda Gonzalez, in her first New York Marathon. They stood right at Columbus Circle between West 59th Street and Central Park Driveway, as Brenda strided through to the finish line.

“Brenda needed our support, so we thought why not make a trip out of it and come support her and enjoy the city,” said Gonzalez

Gonzalez and her family traveled all the way from Los Angeles, to make sure they cheered onBrenda, as she had dedicated an entire year to training for the marathon. One sign they held up said, “Salvi Queen” as she proudly represented El Salvador in the marathon.

Brenda Gonzalez, a director of YMCA, has always wanted to run a marathon but never fully followed through with training. During the pandemic is when she decided, she would fully embrace life and give it a try, Gonzalez said.

“This is our first time here, so we have not been able to help Brenda train for the marathon,” she said. “But we are happy she decided to actually do it, we’re proud of her.”

“Even though we weren’t with her while she trained every day, we are close like very close so she would always complain about how badly her feet hurt,” she said.

The hardest part about the day was trying to beat her to the next mile of the marathon by taking the subway.  They were unsuccessful so the family decided to just wait for her at the finish line.

“We saw her at mile 8 in Brooklyn and we were supposed to catch up at mile 17, but she(Brenda) has been passing us,” she said. “It honestly reminded me of the tv show “The Amazing Race” because we have been on a mission trying to get to the next mile point.”