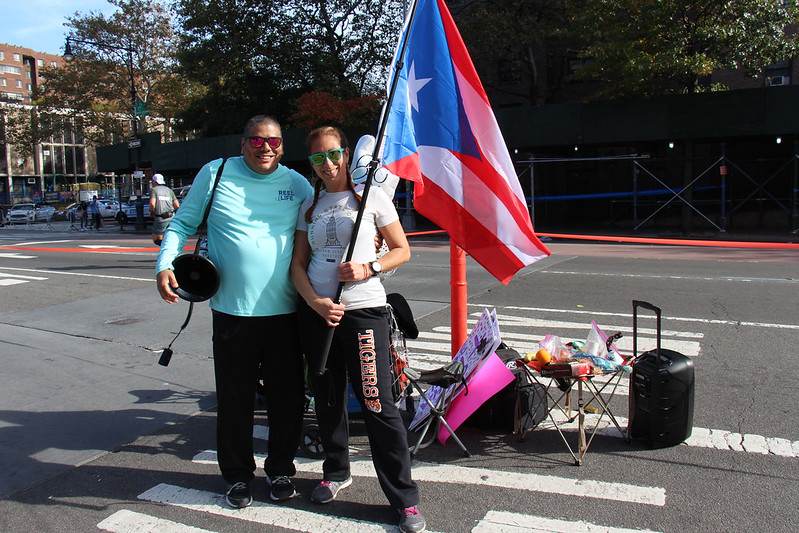 It was a  day full of live music, great vibes and cheering alongside thousands of supporters in the streets of East Harlem for Cari Lira, 47, of The Bronx. She was one of the many spectators who lined the streets cheering her friends running the New York City Marathon.

Lira, who is a runner and triathlete, ran the marathon back in 2017. But today she was out there with her husband, Victor Lira, to support close to a dozen friends who were trying to accomplish the feat that she described as “wonderful” and “painful.”

“You go through a lot of emotions as you’re going through each mile,” said Lira, “But the accomplishment that you feel afterwards is so remarkable.”

Lira and her husband were playing music on a loudspeaker and also brought a megaphone to hype up every runner that ran by. A lot of runners wore their names on their chest, so Lira would yell names of people she did not know to urge them on.

“If you turn this off (the music) you’ll hear how quiet it is,” Lira said “People start hurting so we want to be able to support them…It’s about being out here all day until the last person crosses.”

For them, it’s not just about helping out their friends, they are there to provide support for anyone who needs it. Lira even used Biofreeze to help a runner who was cramping up as she crossed through the area. 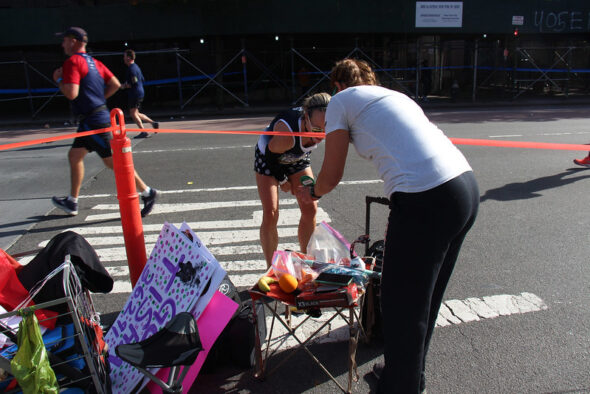 Cari Lira gives runner Biofreeze to help her with cramps so she can continue the race. Photographed by Jose Balderrama

“I have extra so if any runners need any help we can help them,” Lira said “You can just tell when somebody’s suffering, having experienced it, you have to help them out.”

Another major theme of the day was the representation of different cultures during the race. Lira brought the Puerto Rican flag, which is where her family and some of her friends are from. They also had friends stationed at a later point in the race, where one friend, who Lira referred to as their “Flag Lady,”  had brought flags representing everyone in their friend group.