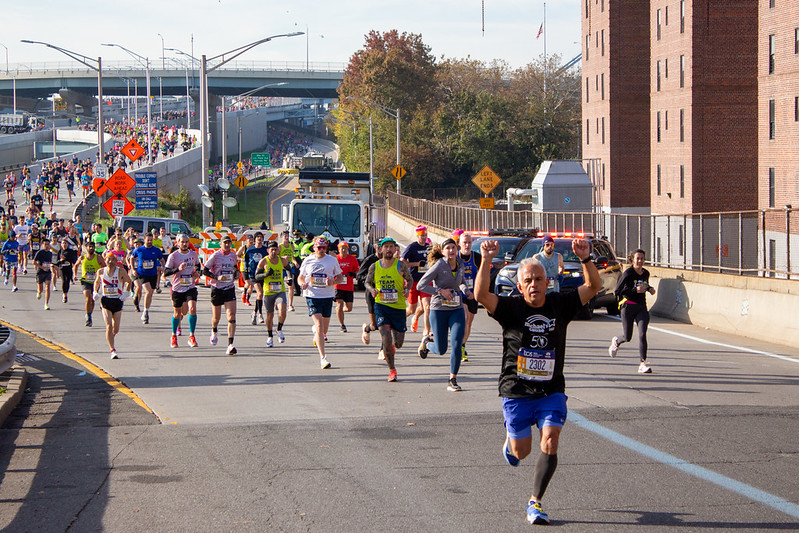 Joe Scanni, runner 2302, celebrates as he crosses the Verrazzano-Narrows Bridge and runs into Brooklyn, NY. Scanni finished the race at 1:14 p.m. with a time of 04:01:44. Photo by Michelle Ng-Reyes.

The New York City Marathon has returned for its 50th anniversary after missing a year due to the pandemic.

Just across the Verrazzano-Narrows Bridge, from 8 to 9 a.m., spectators cheered on the runners as they pass the two-mile mark. Some runners shared some special moments with each other, celebrated their strong starts and encouraged each other along with spectators in the crowd. 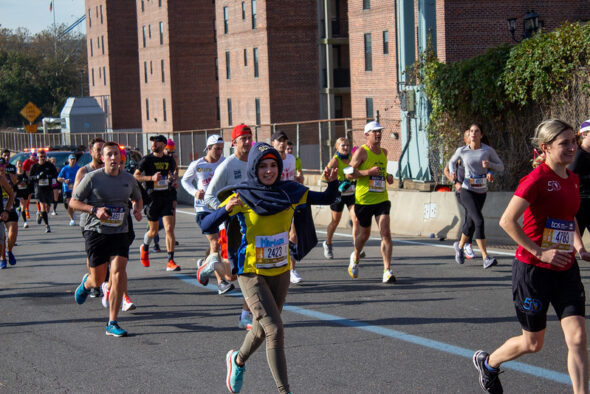 Miriam Haart, runner 2423, cheers other runners on as she crosses into Brooklyn. She waved at the photographers to the side of the road and cheered “You guys go!” as she passed. Haart finished the race at 1:43 p.m. with a time of 04:44:09.Photo by Michelle Ng-Reyes 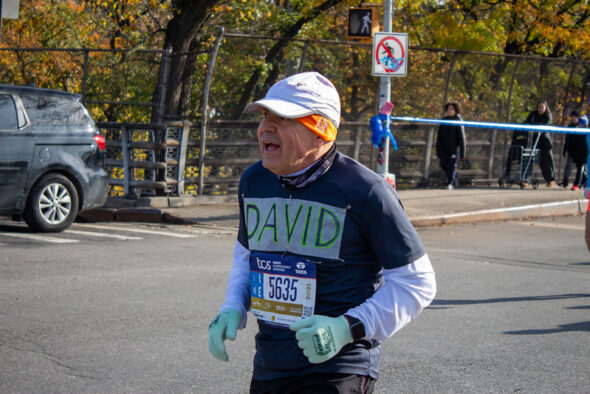 David Samad, runner 5635, crosses the bridge and smiles as passerby cheer him on. David finished the marathon with a time of 05:07:35. Photo by Michelle Ng-Reyes. 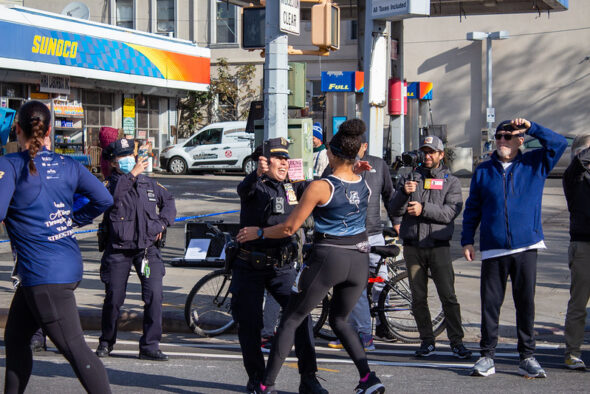 An NYPD officer hugs her fellow officer who is running in the marathon. Photo by Michelle Ng-Reyes. 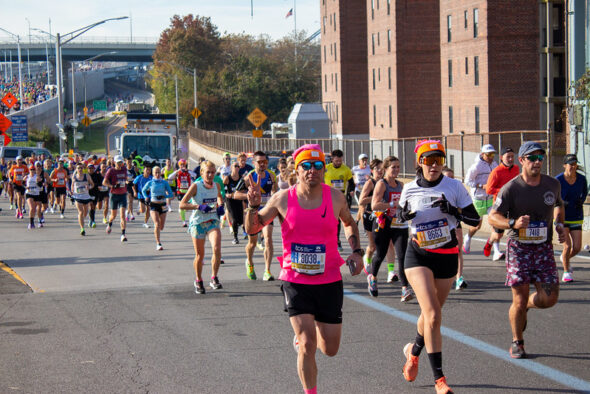 A runner holds up a peace sign as they cross the bridge. Crossing the bridge is the 2 mile mark of the race, which is known as the hardest part of the entire marathon to many runners. Photo by Michelle Ng-Reyes 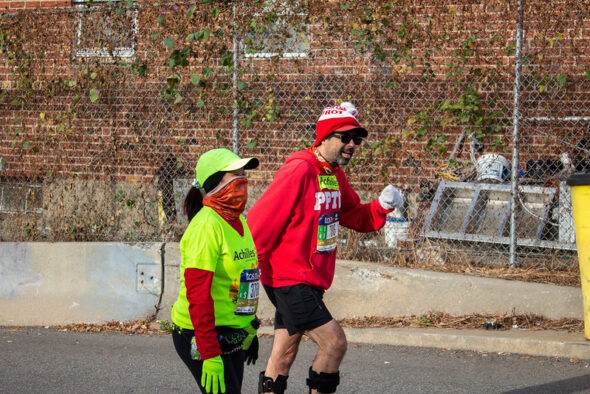 Michael Ring, runner 7816, passes by the 2 mile mark into Brooklyn with his runner’s guide. “Do you know who I am?” he yelled. “I’m that famous guy, you know? Take my picture!” Ring,  was diagnosed with acute motor axonal neuropathy, a  variant of Guilliane-Barré syndrome which causes weakness in your extremities.   He has run over 20 marathons. Photo by Michelle Ng-Reyes