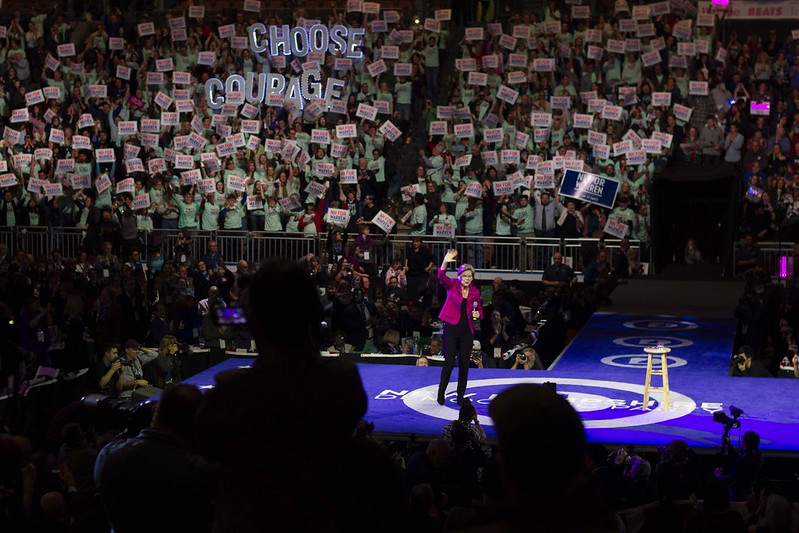 Three days ahead of the nation’s first primary, some 7,000 Democrats from New Hampshire and environs gathered the party’s annual McIntyre-Shaheen 100 Club Dinner – an event that seemed to resemble a wrestling championship more than a political get-together.

For starters, the Manchester event was held in a sporting arena. Activists and operatives grouped themselves into sections according to their preferred candidates. Big ticket donors were eating and drinking the night away as the candidates emerged one-by-one onto the main stage to bright lights and thunderous applause.

All this activity spoke  a central question the party has struggled with: Which wing of the party—the grassroots, the progressive camp or the more moderate, establishment faction—do Democrats think is best-equipped to take on President Donald Trump in the general election?

Many voters and pundits assumed the answer would become clear after the results from the first caucus and primary states came in. But the event in New Hampshire did little to provide clarity. With uncertainty clouding the outcome of the Iowa Caucus, and with so many different candidates still in the race—some of whom are here and some not — many New Hampshire Democrats are questioning whether there will be a clear answer about the party’s future direction even after Tuesday’s primary. 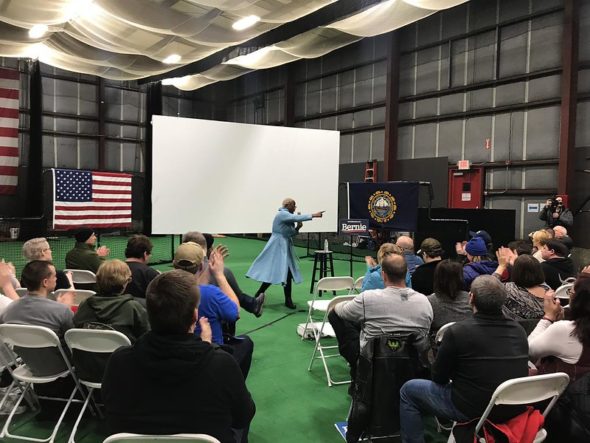 “Honestly, I am more confused leaving this event than I was going into it,” said 57-year-old John Bonelli as he stared down at his rainbow-colored, donkey-shaped lapel pin. “You hear one candidate speak and you see the appeal. Then you go to another candidate’s event or town hall and they also work for you—it’s tough.”

Mr. Bonelli, who identifies as a progressive and voted for Senator Bernie Sanders of Vermont in 2016, was joined by his best friend and former college roommate, Norman Price.

Mr. Price, a self-described “middle-of-the-road” voter, said he too was impressed with many of the candidates, although he left feeling the strongest about Klobuchar and Warren. “I recognize that they don’t exactly represent the same thing,” Mr. Price said, “but they are—in my opinion—both energetic women who have garnered the most goodwill among the supporters of other candidates.”

Mr. Bonelli and Mr. Price are only two of hundred-thousand or so New Hampshire voters who will finally be having their say in Tuesday’s primary. Indeed, how New Hampshire voters feel about a candidate has historically been a pretty reliable barometer of whether or not that individual would go on to win the nomination.  In the past 50 years, no candidate has secured the nomination without placing in the top two slots in the Granite State.

This year, however, as conversations and criticisms about the lack of racial and ethnic diversity in the early primary states, New Hampshire included, many voters here are cautioning that not that the results here may not be as predictive as in past years.

“There are three paths to nomination: the progressive and establishment lanes, and then there’s the Bloomberg path,” said 62-year-old Leslie Kellern, referring to the candidacy of former New York Mayor Michael Bloomberg, who is not on the New Hampshire ballot.  She said that as she was leaving a kickoff event for Massachusetts Senator Elizabeth Warren. “He’s the third piece of the puzzle that makes me even more uncertain about who to put my support behind,” she said.

Josie Pinto, a native of New Hampshire and a regional director for the New Hampshire  Youth Movement, a grassroots effort that has partnered with another similar group called the Sunrise Movement  said that the party needs to hear from other states: “New Hampshire is not a diverse state, many of us have multiple bachelors’ degrees and come from fairly privileged backgrounds, so we have been—and hope to continue—listening to movement allies and grassroots organizations across the nation about who they believe has the best chance of beating Trump,’’ said Ms. Pinto.

Over at the nearby Manchester Double Tree Hotel, where party’s more establishment supporters mingled in the lobby over cocktails and pretzels while they mulled over ways to close ranks and support just one moderate candidate that they feel could best defeat Mr. Trump.

At the same time, many grassroots organizations, which lean more toward Mr. Sanders or Ms. Warren, were canvassing across the state, using a broad array of progressive issues and policies that they felt could bring nonvoters into the fold.

While all eyes are currently on New Hampshire, many voters may be looking elsewhere for guidance on a winning strategy.

“I would like to see how other, more diverse states make their judgements before casting my vote,” said Ms. Kellern.