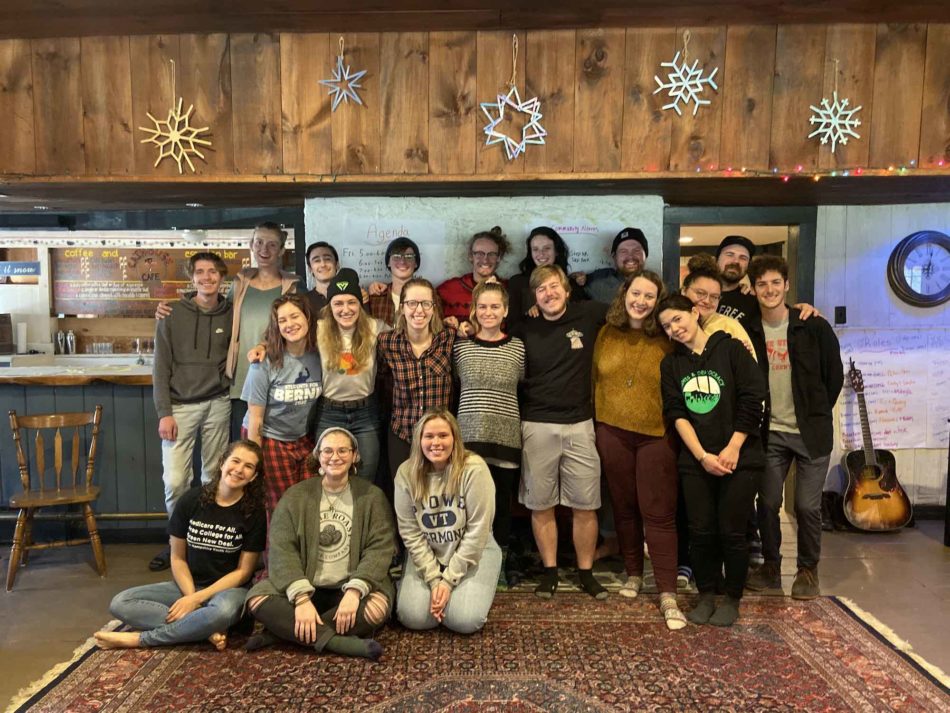 On a cold January morning in Manchester, around 50 young people climbed the creaky stairs of an old loft warehouse to hear a young African American woman speak with passion over the upcoming Democratic primary and provide guidance on how to knock on people’s doors and get them to the polls.

It was an overflow crowd, with young people standing since all the chairs had been taken.  The goal was simple: Getting young people, who are often more inclined to stay home than to vote, to get involved in politics.  The idea was to reach 6,000 potential voters in a matter of days, aided by old-fashioned campaigning and new apps that can download voter files in an instant.

These young people are the foot soldiers in a campaign by the New Hampshire Youth Movement, which is recruiting young people to canvas voters in New Hampshire and promote the candidates who support the issues they care about: A Green New Deal, Medicare for All and a reduction in student loan debt and college costs.

The New Hampshire Youth Movement is a grassroots group that has sprung up with chapters throughout the state and is based on the belief that politicians and elected officials have failed to address issues of concern to young people.  The group wants young people to have a larger voice in politics and is heartened by the belief that increased activism by young people in the 2018 mid-term election helped Democrats win the majority in the House of Representatives.

Now they want to build on that momentum.

Jeremy Ornstein, at 19 years old was perhaps one of the youngest in the room, and his passion for what he believes is evident.

For Ornstein, this fight began a little over a year ago in a church. He was attending an event held by the Sunrise Movement, another grassroots organization targeting young voters. The speaker said the organization was going to stage a sit-in at House Speaker Nancy Pelosi’s office the next day and suggested that anyone who was willing to get arrested to step to the back of the room.

“I’m thinking about when I called my dad, summer 2018,” Ornstein said. “He says there’s a shooter in a synagogue in Pittsburgh and he’s shooting people right now. And he cries on the phone and I threw my hat off my head.”

As that memory came to mind, Ornstein decided to step to the back of the room.

“Our generation has had to grow up so many times. Lead in the water in Flint, kids getting shot schools one, two, three, four times, climate change,” Ornstein said.  “And I’m there in that yellow church and realized I have to risk arrest because I’ve got to hold the weight of the world on my shoulders. If not me, who?”

The young people at the New Hampshire event were drawn by a number of local organizations with similar goals.  One organization joining forces with the New Hampshire Youth Movement was the Sunrise Movement, which was founded in Washington, D.C. in 2017 and focuses mainly on the issue of climate change. .

The New Hampshire Youth Movement’s platform advocates for the Green New Deal, Medicare for All, and free college for all. Josie Pinto, a regional organizer for the Movement, said they found those issues resonate the most with young people. The organization has come out in support of Bernie Sanders in the Democratic 2020 primaries.

Last May the New Hampshire Youth Movement had a staff of around five people.  Now, it has a permanent staff of around 15 and about 100 members total who are currently working full-time for the group. The organization has created “Movement Houses” in Manchester and Dover where young people live and work together and with their rent paid in full.

In all, the group aims to make over 20,000 calls. Besides connecting with the Sunrise Movement, the New Hampshire Youth Movement has joined forces with other grassroots organizations with a similar agenda, including People’s Action and Rights and Democracy. Movement organizers say these partnerships have expanded the number of volunteers and its reach tremendously.

Among this umbrella of organizations representing young voters, a few issues stand out, among them gun control, the environment and education.

A Harvard Institute of Politics Public Opinion Poll released in November revealed that while these issues rank highest in level of importance among youth, the group is divided on the how the issues should be addressed.

As the New Hampshire Youth Movement met in the old loft building, another event, focusing on a different candidate from the Democratic left was in progress about 10 minutes away.  Hundreds of people – young and old – were gathered at a community center to hear Elizabeth Warren speak.

There were so many people that the fire department declared the building was at capacity and that no more people could come in. People crowded around a small stage where Elizabeth Warren motivated the crowd as they cheered and clapped behind every other sentence.

One of those in the crowed of Warren supporters was Anastasia Hansen, a 24-year-old former public school teacher who said she does not base her support for her candidate of choice on a single topic.

“I don’t consider myself a single-issue voter,” Hansen said. “I try to think more broadly about the things impacting our world and impacting people.”

Hansen said she looked to Warren’s stance on several issues before making her decision. According to the Harvard Public Opinion Poll, Warren ranks second among youth voters age 18-29, behind Sanders. Regardless of whoever wins the Democratic nomination, majority of the youth in the Harvard poll said they would vote against President Donald Trump in the upcoming election.

Despite all of the canvassing of young people throughout the weekend, many of them still might not vote in the New Hampshire primary election, but not by choice.

A law put in place by Republican Governor Chris Sununu requires primary voters to have a New Hampshire driver’s license. This means that out of state college students would have to apply for a New Hampshire license in order to have their vote counted even if they do not have a car in the state.

“That was a direct attack on our work by the GOP,” said Pinto. “The really interesting thing about that legislation is that they made it so confusing that it’s really a like a scare tactic to convince young people that they shouldn’t be voting when it’s actually fully their legal right to vote still.”

The American Civil Liberties Union sued the state and is an ongoing legal battle over the issue.

Another hurdle that could make voter turnout unpredictable is that canvassers are not allowed to help register people to vote. They can only get them to pledge to vote. Pinto said this is the “scary part” for her.

“We just have to trust that when we see historic youth voter turnout that was because of our efforts,” Pinto said.