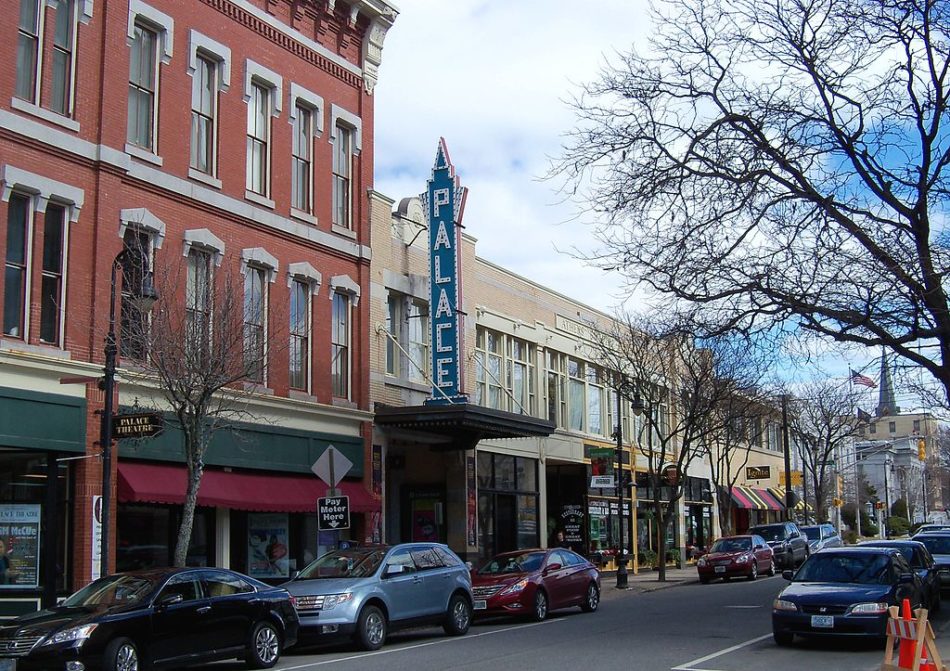 Tourism has long been a key driver to the New Hampshire economy, with the state estimating that visitors have accounted for as much as $5 billion in economic activity annually since 2014.

But every four years, when the primary campaigns come to New Hampshire, that economic activity spikes even more. This is especially true for the small businesses in Manchester and nearby Nashua that are taking advantage of the hordes of people coming to the state by turning their stores into venues for political events and discussion.

One such place is the Bookery in downtown Manchester. The bookstore has been in business for nearly two years, and Benjamin Pasley, it’s manager, said it has undergone a major overhaul in that time.

“It was completely different than what it is now. It was a little bit more bare-bones,’’ said Pasley “It was still buzzing because it was brand new, but it wasn’t as busy or as popular as it is now.’’

One big change, he said, was in the mix of customers coming to the Bookery. He said he’s been able to attract newer and younger readers to his store. “The longer we’ve been open, we’ve seen a lot more newcomers as opposed to regulars. We still have those regulars, but we’ve seen a huge influx of different faces as opposed to just regulars all the time,” said Pasley.

Many of these new visitors to the Bookery are eager to engage in political discussions, especially those in their early twenties and who may be casting their first ballots this year.

“We’ve had candidates; we’ve had staffers, we’ve had the younger generation, Gen Z; it’s so cool to see that they’re so involved in politics,” said Pasley. The Bookery stayed open until midnight on the Friday night of the Democratic debate, livestreaming the event for a crowd of about one hundred people. This primary activity has resulted in a doubling of traffic to the store, he added.

Across the street from the Bookery, Café la Reine, a coffee shop, is going through its second election cycle in the seven years it has been in business. Alex Horton, its owner, said she “has definitely embraced” the political punditry this time around.  For instance, the café has capitalized on the political fervor by hosting trivia nights based on political history.

The café itself sees “a really good mix of people,” said Horton. This mix includes people who work in the nearby city hall, people who work for tech companies, and students from area colleges such as Southern New Hampshire University and Saint Anselm College.

“I really wanted to create a community space where everyone was welcome, and I feel like people have embraced that,” said Horton. This mix of customers at the café broadens during New Hampshire primary to include news media and even candidates themselves. In 2016 Republican candidates John Kasich, Carly Fiorina and Chris Christie visited. And, just as he has in years past, the ever-colorful local political activist and performance artist who goes by the name of Vermin Supreme made a recent appearance. This year, Horton said that the Café la Reine has seen a 25 to 50 percent increase in traffic on many days.

“It’s an exciting time to be downtown in Manchester,” she said.

Toadstool Bookshop in nearby Nashua relocated from neighboring Milford in the fall of 2019 and also operates two other stores in the state. The change of location to Nashua has brought in an influx of new customers said Mike Joachim, the manager.  He said about 80 percent of the customers at the old Milford location were regular customers and only around 20 percent were newcomers and first-time buyers.  By comparison, customers at the new Nashua location seem to be evenly divided between regular customers and new ones. He said he is also seeing an increase in African-American and Hispanic customers along with other ethnic groups new to the state.

The primary has boosted his business in two ways, said Joachim.  For starters, there are more customers when the once-every-four-years primary takes place. This year, Joachim said his business is up by around 15 percent. The other effect is that most of the candidates have a book to sell and most of those books tend to be fairly popular. For instance, he said that the Buttigieg book, “Shortest Way Home.”  “has been selling pretty well.”

Down the road in Nashua, Riverwalk Café has expanded far beyond its origins as a coffee roasting business in the ten years since Steve Ruddock bought. It now has expanded to include a music venue and full bar.

Until last November, the café had been booking live music acts four nights a week in genres ranging from bluegrass to blues, from country to funk. Now, he is adding other activities such as salsa dancing, which “is getting a lot of folks in there that didn’t know much about us,” according to Ruddock.

But it is politics that can really draw a crowd. Riverwalk Café has seen all the Democratic candidates come to his café, along with their campaign teams. said Ruddock.  He has taken advantage of this political interest by hosting events on Thursday nights where the campaign teams will come in and answer questions from the public for an hour or two.  Just last week, a team from the Bernie Sanders’s campaign was the featured group.

Ruddock said that the events have “been good” because the teams “drink a lot of coffee.’’  He said the Democratic primary has increased business by 10 percent during the week and by as much as 15 percent on busy weekends.

Last week, he said, even some Trump supporters attended the Sanders event.  In the end, the two sides managed to have a cordial conversation over pizza and beer.

“It blew me away—that experience alone said there’s some potential for some communication here; it doesn’t have to be all nasty,” said Ruddock.  Riverwalk Café even has a turkey melt sandwich named after Bernie Sanders, who ordered it repeatedly when he visited the café during the 2016 Democratic primary.