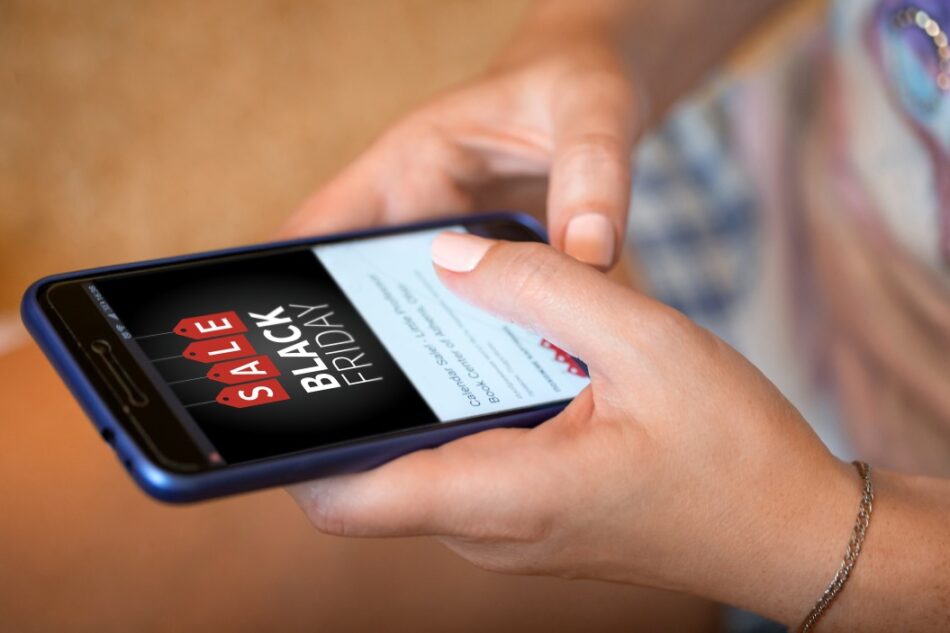 Black Friday sales were an online money makers for stores. Photo by @vinnikava via Twenty20

As December ushers in the continuation of the holiday shopping season, uncertainty continues to grow in the brick-and-mortar world of retail amid an economically crippling pandemic, leaving many to wonder what the e-commerce success rate of this year’s Black Friday could mean for its future.

For years, the holiday shopping season has revolved around the Black Friday event, and Black Friday has been regarded as America’s busiest shopping day of the year. With retailers across the country offering highly discounted prices, it is little wonder that millions of Americans queued up in long lines at their favorite stores so that they could purchase items at low prices.

This year, many retailers began to advertise those deals as early as October and offered many of them online, reflecting both the challenges that physical stores are facing and the sudden shift in how consumers prefer to shop.

Amid a harrowing pandemic that left many financially and physically disenfranchised, Black Friday looked different for both American retailers and consumers. For one thing, the long queues and crowded stores that once characterized the shopping event were replaced by online shopping. Furthermore, this year’s online Black Friday shopping was the second-largest online spending day in U.S. history, coming in behind 2019’s Cyber Monday. This surge can be credited to the pandemic’s impact as American shoppers chose to skip crowded stores and malls to shop instead from the comfort of their homes.

Data obtained from Sensormatic Solutions revealed that in-store traffic on Black Friday fell by about 52.1% compared to last year’s in-store shopping traffic. In other data obtained from Adobe, consumers spent roughly $9 billion shopping online this year, which shows that millions of American shoppers were still willing to shop despite the pandemic’s blow to the country’s economy.

Sheryl Thomas, a photographer from Grand Rapids, Michigan, said her Black Friday was different this year compared to others before it.

“I chose to do my Christmas shopping online this Black Friday because with everything that has been going on, you just never know,” said Thomas. “It was less stressful to be able to shop online this year, and I don’t believe that I missed out on much of the fun because I read and saw in the news that people who shopped in stores this year were very scarce.”

The coronavirus instilled in many American shoppers a heightened sense of discomfort and anxiety about going into stores. Most retail chains across the country who predicted the outcome promptly moved their doorbuster deals online to allow people to shop more safely. Even the Center for Disease Control and Prevention urged consumers to shop online, use curbside pickup, and favor open-air shopping centers over enclosed shopping areas.

Almeffa Vengerko, a store manager at Nordstrom in Chicago, Illinois, said that although the company had strategically placed many of its deals online, store-traffic was low and the shoppers who did stop by were there to pick up the items that they had purchased online.

“There were a lot of people shopping on our online platform and then stopping by to pick their items either in-store or through our curbside pick up service,” said Vengerko. “Another part of our strategy for Black Friday was to price-match a lot of the items because with the pandemic going on, no one knew what to expect.”

According to a preliminary survey conducted by Sensormatic Solutions in October, the forecast revealed that retail stores’ traffic would be down by 22% to 25% during the critical weeks of the holiday shopping season, and its estimation was accurate due to the amount of traffic that stores received on Black Friday.

Robin Sanchez, a Macy’s store manager in Grand Rapids, Michigan, said that to meet up with sales numbers and expectations, Macy’s and many other stores like it had to start their Black Friday promos earlier than usual.

“Nationwide with retail, this year was very different because many retailers started offering their deals way earlier than usual,” said Sanchez. “I’d say we started marketing and promoting our Black Friday sales weeks before the actual day, and I think it went a long way in terms of being an effective strategy.”

Sanchez also said that although executing this strategy meant that there were no lines at the door on the day of  Black Friday itself, the store still managed to churn a profit.

“There were no long lines through the store and around the building this year because people didn’t feel the same sense of urgency that they have felt in previous years, and that is partly due to the pandemic, but as a store, we did not do too badly,” said Sanchez.

Although Black Friday this year was an online success for many large stores and for e-commerce in general, some people still have their reservations about the durability of retail businesses moving forward. .

Andy Wu, an Assistant Professor of Business Administration in the Strategy Unit at Harvard Business School, has a lot to say about where the busiest shopping day of the year is headed in the near future.

As we look to the future, consumer demand for goods will look a lot different, making inventory planning more complex than what it was before. Recently, many companies have had to gauge in real-time what people are spending their money on and the frequency at which they are spending it.

Wu also said that in the months following Black Friday, a dwindling in sales  could have a negative effect at brick and mortar stores, especially for smaller retailers.

“Keep in mind that the smaller retailers are the ones that we generally think of as being more brick and mortar locations,” said Wu. “There’s obviously another category of smaller retailers that are purely e-commerce retailers. That is a different story. I think there’s evidence that perhaps those businesses are doing reasonably well, but it’s hard to say right now.”

Nationwide, retailers have experienced an abrupt split in fortunes during the pandemic. The extensive shutdowns that happened earlier this spring triggered big-brand bankruptcies and many other store closures. Strong e-commerce sites like Amazon and Walmart have only gotten stronger, exceedingly competent and more profitable because of their ability to rapidly provide the necessities that people need while stuck at home.

According to data gathered by the National Retail Federation, about 59% of shoppers commenced their holiday shopping by early November, and most of that shopping occurred online. This year, early signs of the surplus in digital sales were caught by Adobe Analytics, which scans through about 80 %t of online transactions across the top 100 U.S. online retailers. The data reflected that consumers spent upwards of around $5.1 billion online this past Thanksgiving  Day, compared to the $4.2 billion dollars that were spent around the shopping holiday season last year.

Looking back on Black Friday’s profit trend this year, it is economically notable that many Americans, on the whole, spent more than they did this year than they did last year, despite the loss of over 22 million jobs nationwide  and the effect that it had on many American households as a whole. Because of the pandemic, the retail industry has rapidly adjusted to meet the heavy consumer demands that American shoppers have, especially this holiday season, thereby abruptly converting traditional department stores into fulfillment centers, building new warehouses, hiring thousands of workers to fill e-commerce roles, and extending or adding curbside pickup service which was a successful trend this Black Friday.

Forces driving online shopping forward were set in full motion a long time before the pandemic progressed and continued to expand. Either way, gauging the decline of many brick-and-mortar retail stores in comparison to the simultaneous growth of e-commerce shopping in the past eight months is like watching the retail sector’s evolution move in fast forward. In the near future, the end of 2020 and then the beginning and progression of 2021 will be seen as a significant turning point for the retail sector.