Kym and Brian Lee and their three children on vacation, March 2, 2021. Photo Courtesy of Kym Lee

Kym and Brian Lee began the process of their second Chinese adoption in December 2019. Since their first adoption of their son Joseph had taken nearly nine months, they assumed they would be traveling to China to bring home their four-year-old daughter in the fall of 2020.

But as early reports of COVID-19 began making waves in late January 2020, China quickly closed its borders to all flights and halted all adoptions to reduce the spread of the virus.

Now, as COVID’s year anniversary has come and gone, the Lees are among hundreds of families still left in total darkness waiting for China to begin processing paperwork so that they may travel to bring their children home.

The hardest part about waiting has been “wondering how she’s doing, and not having regular updates,” said Lee.

Although, as China’s economy has grown and domestic adoptions have increased, international adoption numbers have significantly declined since 2005 to an average of around 2,500. Yet, as a result of COVID, 2020 has the lowest number, with only a handful of successful adoptions before things were shut down.

Katie Chaires knew immediately after the adoption of her first son, Asher, in 2016 that she didn’t want him to be an only child. So, in December of 2018, she filed for a second adoption. She received clearance to fly to China on January 28, 2020, to bring her daughter Noa, 3, home, but three days prior, she received word that China had officially ceased all travel. 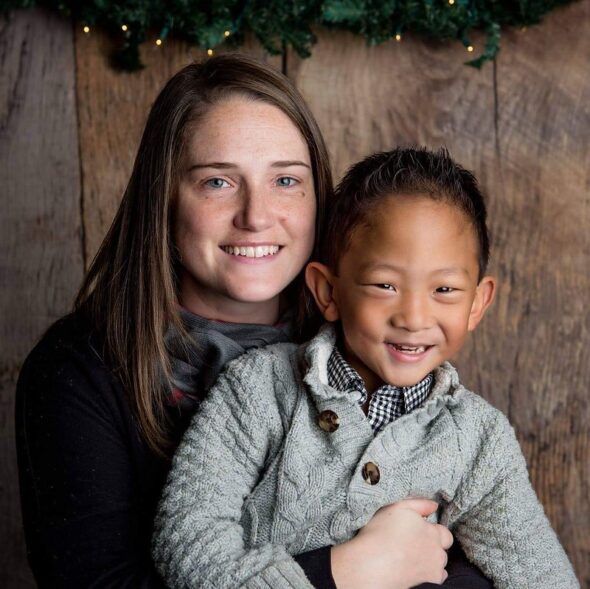 “I feel like the hardest part has been not knowing how she’s doing, not being able to see her grow,” said Chaires. “I feel like I’ve missed a year of her growth and development and getting to know her. Because at this point, she should’ve been home for a year already.”

Chaires said Noa has Global Developmental Delay, and she suspects medical issues as well. Still, without many updates other than the occasional photo and short video clips the orphanage provides, she doesn’t know a lot about Noa’s wellbeing.

Initially, adoption agencies had prepared families for a one to two-week delay. But, as COVID grew to a global pandemic, they have stopped predicting when things might resume. What was once the most prominent international adoptions system has swiftly fallen to radio silence, even as other countries like Bulgaria and Columbia have slowly reopened to international adoptions.

On New Year’s Day of 2020, Cynthia and Andrea Bonezzi touched down in Maoming, a city along the tip of China’s southern coast, to adopt their second daughter Anna, 3.

During their two weeks in China, there were no emerging reports about COVID-19. The city was getting ready to celebrate the Chinese New Year and, “everything was normal,” said Cynthia Bonezzi.

They remain amid the few families to successfully bring their daughter home on January 18, 2020, before China halted all adoptions.

“We were able to get it done in record time and just made it before everything shut down in the pandemic,” said Bonezzi.

Families who were on their way to China with connecting flights were turned away at their midpoint destinations and returned home childless, Bonezzi said.

And if the Bonezzis had been one of the families turned away, Anna probably wouldn’t be alive, as she was in a fragile state medically due to a chronic illness, and required immediate surgery when they arrived home in New York City. 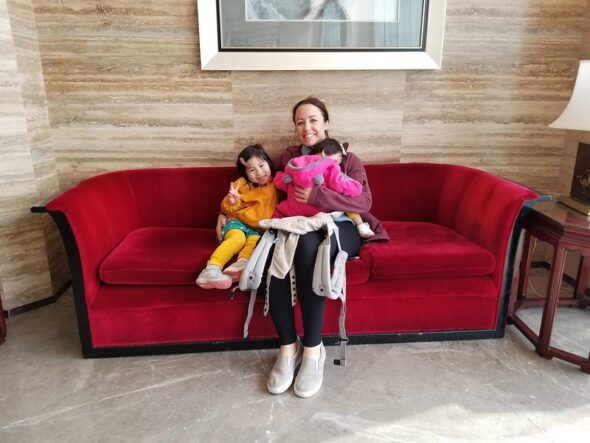 There have been no reported cases of COVID outbreaks in any orphanages or institutions as a result of the lockdown.

But studies have shown, the longer children are in these orphanages and institutions, the more significant setbacks in motor skills and cognitive function they may encounter. The Children’s Hospital of Philadelphia attributes these delays to a lack of verbal and physical stimulation from caregivers.

According to Lisa Nalvin, MD, once a child is placed into an adoptive family, they typically “demonstrate remarkable ‘catch-up’ rates when given the appropriate support.”

The Lees celebrated their daughter’s fourth birthday in December by sending a cake and goodies to the orphanage. And as the days, weeks, and months slowly pass still with no word from China about when adoptions might resume, Kym Lee continues to remain hopeful that her daughter will be able to spend her next birthday at home.

“Everything’s really up in the air,” said Lee. “We’re praying and hoping and believing that she’ll be able to come home maybe this year.”