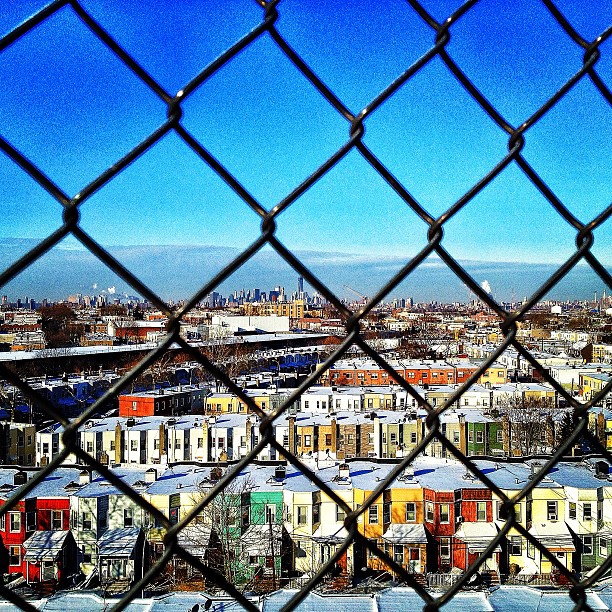 Landlords who rent multifamily homes in middle class boroughs like Queens, are especially vulnerable during the pandemic foreclosure crisis. Photo by @goodfella1985 via Twenty20

In 2000, when he arrived in New York from Colombia, William Lopez, 52, brought just enough money to cover his six-month engineering program. Like many immigrants, he kept his cash at home. One Halloween night, Lopez returned to his apartment in Jackson Heights to find his door knocked down and all his cash gone.

Disappointed and shocked, he considered returning to Colombia, but he had come to America for new opportunities, and this setback wasn’t going to change his plans. He vowed to save enough money to one day buy a home of his own. In 2006, after six years of renting, Lopez had accumulated enough for a down payment and applied for a mortgage.  While he wanted to buy a co-op, the bank encouraged him to instead purchase a two-family house and take on a renter as an additional source of income.

Although Lopez didn’t want to be a landlord, the bank was adamant, so he bought a yellow, flat roofed duplex in College Point, Queens and looked for a renter. He remembers thinking that this was simply what you did in America.

“You purchase a house, a two-family house and rent one unit,” Lopez said. “That’s what middle class people do in America.”

Eventually, Lopez started to see the house as an investment, and he took out a second mortgage so that he could move and start renting both floors of the duplex. The plan worked until both of his tenants stopped paying rent. Now, Lopez finds himself bracing for foreclosure. “It’s devastating,” said Lopez.

Single property owners make up only 13% of New York City landlords; according to Housing Preservation and Development data compiled in 2018, the average lessor in New York City owns 21 to 60 rental properties. When it comes to lost rental revenue, large landlords have experienced a greater total loss, but Mom-and-Pop landlords have been impacted more severely because they have less of an ability to weather a loss of rental income. “If you have a smaller portfolio, it’s probably less diversified,” said Furman Center housing policy expert Charles McNally. “There’s a much greater risk in terms of the stability of your assets.”

Additionally, small landlords are also more likely to rent to economically vulnerable tenants.  “Our early analysis showed that households that worked in industries likely to be shut down due to [Covid measures] were disproportionately concentrated in smaller buildings, which tend to be owned by Mom-and-Pop landlords,” said McNally.

The average New York City landlord owns between 21-60 rental properties. Mom-and-Pop landlords are in the minority. Photo courtesy of JustFix.nyc

Lopez’s tenants are among approximately 185,000 New York City households that are behind on rent. This estimate, which was based on a poll conducted by the Community Housing Improvement Program (CHIP), accounts for around half of the rental properties in New York City. While CHIP estimates that New York City renters owe $1 billion, the city-wide total is probably closer to two-billion.

After Lopez’s tenant Claudia didn’t pay rent for a few months, Lopez hired a lawyer to serve her with an eviction notice.  The timing was unfortunate for him; a week after he’d filed his claim against Claudia, a city-wide shutdown brought New York City to a halt.

Governor Andrew Cuomo issued a 90-day statewide eviction moratorium on March 20, 2020. Suddenly, a tenant who had stopped paying rent before the pandemic was now protected from eviction indefinitely. By April, Lopez’s other tenant, Daniel, also started to withhold rent. Lopez pleaded with both tenants to pay their share. They claimed that they were unable to, but Lopez has his doubts.  “Claudia bought a new car; she has a better car than me,” Lopez said. “How can she say she doesn’t have money to pay rent?”

The New York State legislature has extended the eviction moratorium each time it expires. The current mortarium is in place until May 1, 2021. The housing courts are technically open, but only certain emergency cases – eviction of violent tenants and hearings against landlords who lock renters out – are being heard. A huge backlog of cases is piling up. Meanwhile, landlords like Lopez are left with no income to pay a looming monthly mortgage. After more than a year of non-payment, Lopez has lost $47,600 of rental revenue. The loss comes at a difficult time. His hours as a sanitation engineer for the New York City Department of Environmental Protection were cut in April 2020.

He hasn’t made his $3,000-a-month mortgage payments in almost a year. While the bank gave him a six-month forbearance to delay a foreclosure, his debt is mounting.  He knows the bank will foreclose on him as soon as they are able.

While Lopez fights to hold onto his only rental property in Queens, a Brooklyn landlord is facing similar difficulties.

Clarence Hammer, 46, grew up in Brooklyn where his parents always owned a house. He witnessed first-hand the stability that comes with homeownership and wanted the same for his family, so in 2007 he bought a two-family house in Brownsville. For 12 years he lived on the bottom floor of the duplex at 618 Rockaway Ave. with his wife, son, and daughter and rented out the top floor.

In May 2019, keeping a promise to his wife that they would someday leave the city, they moved an hour north to Harriman, New York. Keeping the Brownsville apartment as an investment, they found a renter, Chantel, for the bottom floor of the red brick rowhouse.  Starting that summer, Chantel paid only half of her $3,250 rent. In September 2019, she paid nothing.

Hammer filed for non-payment litigation in New York City Housing Court and had three court appearances: November 2019, December 2019, and January 2020.  By March 2020, Hammer was confident that he was nearing legal recourse. Then, the pandemic halted his litigation.

Today, Chantel owes Hammer more than $58,500, leaving him unable to make his $5,000 monthly mortgage payments. Other financial obligations are falling to the wayside. Taxes and bills sit unpaid as he struggles to pay off what he can.  “I’m constantly getting harassing phone calls from the financial institutions that chose to lend me the money,” Hammer said. “And I don’t really even blame them, I understand. It’s really embarrassing.”

Hammer purchased his Brownsville apartment in an attempt to establish intergenerational wealth. “This was something that I thought I was going to pass on to my kids to establish financial stability,” Hammer said.

In New York City, only 27% of Black households and 17% of Hispanic households own their homes, according to The Furman Center at NYU.

“Homeownership is a key wealth generation strategy,” McNally said. “In the wake of the foreclosure crisis [of 2008] we saw a huge destruction of Black and Hispanic wealth. That’s a real concern here as well.”

Black and Hispanic landlords are disproportionately affected by the Covid-19 housing crisis that is reaping havoc on their primary investment. As their eviction cases sit stagnant, these landlords are left waiting in limbo, hoping for financial relief, but dreading the inevitable. “I’m going to lose my home,” Hammer said. “That’s the reality.”