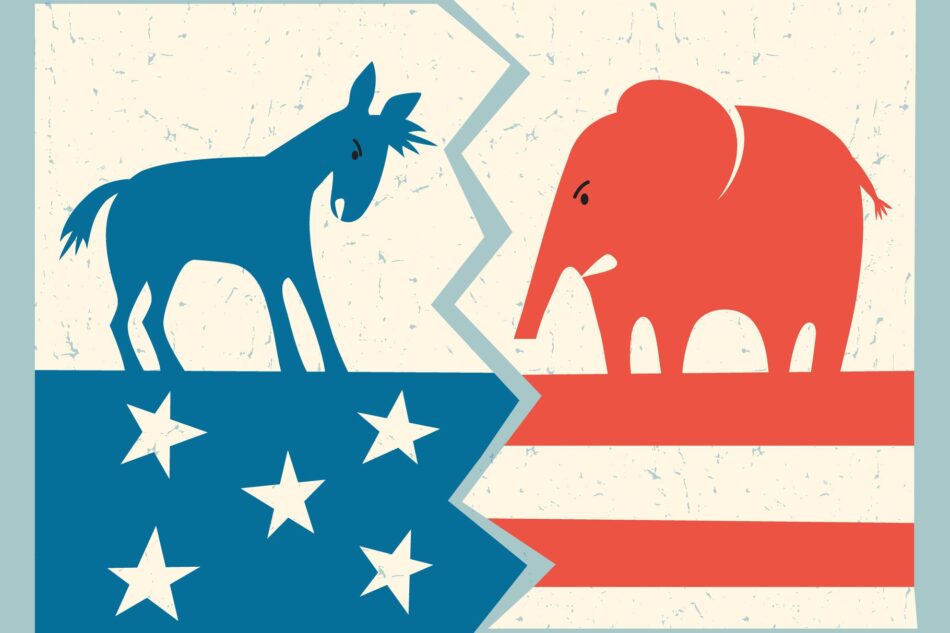 The Tosato family can agree on one thing when it comes to politics,  attending Trump’s indoor rallies during an ongoing pandemic is irresponsible.

But they butt heads on just about everything else. The parents are Republican and the daughter is liberal. The closer the election gets, the more the Tosato family is divided.

“I wouldn’t go to an indoor rally personally,” Kathleen Tosato, a Republican voter said. “It’s foolish to go to one now, but I think what happened was we watched months of protesters, rioters, many of which didn’t have masks on. Trump supporters saw it as it being their first amendment right to attend his rally.”

Kathleen Tosato watches Fox News when she gets home from work in the evenings, but changes the channel when her daughter gets home to avoid conflict.

“I don’t know what happened with my daughter, she wasn’t like this,” Tosato said referring to her daughter being liberal. “Social media has gotten to her.”

“But she’s the one I care about though,” Kathleen retorted.

Kathleen Tosato believes that for the first time in her life there’s a fighter on the Republican side. She said that no one fights harder than Trump does.

“Trump is in his element at his rallies,” Kathleen Tosato said. “The people go crazy for him, they wait in line 24 or 48 hours to attend his events. In my 61 years I’ve never seen anything like this.”

George Tosato was born and raised in Newark, New Jersey. Growing up, Tosato was a Democrat, but later became a Republican.

“A lot of people say they don’t like his style,” George Tosato said. “According to the media, it’s all about what Trump and his supporters do wrong. I wouldn’t go to an indoor rally, but I’m not going out of my way to talk badly about the people who did either, it’s their right.”

Hailey Tosato, Kathleen and George’s daughter, thinks Trump is playing with fire if he keeps hosting rallies indoors. Hailey and her parents don’t have open conversations about politics in the house because it usually results in arguments.

“We’re in a pandemic and it just isn’t right to be inside somewhere with so many people,” Hailey Tosato said. “Doesn’t matter what you’re doing, whether it’s election based or not.”

In June, Hailey Tosato  participated in a George Floyd protest in Newark, New Jersey. She said that almost every single person was wearing a mask and keeping as much distance as possible. She attended the protest despite her parents thoughts on it.

“What’s interesting about the indoor Trump rallies was that people chose to go,” Kathleen Tosato said. “We live in a free country and you can do whatever you want.”

Trump’s first indoor rally in Tulsa was held three months after the coronavirus reached America and it completely backfired. It was poorly attended and there was a spike in coronavirus cases in those who went.

“Trump isn’t doing this for anything other than his personal publicity,” Hailey Tosato said. “As the leader of the free world he’s supposed to be looking out for people, but yet he’s endangering how many lives by hosting indoor rallies.”