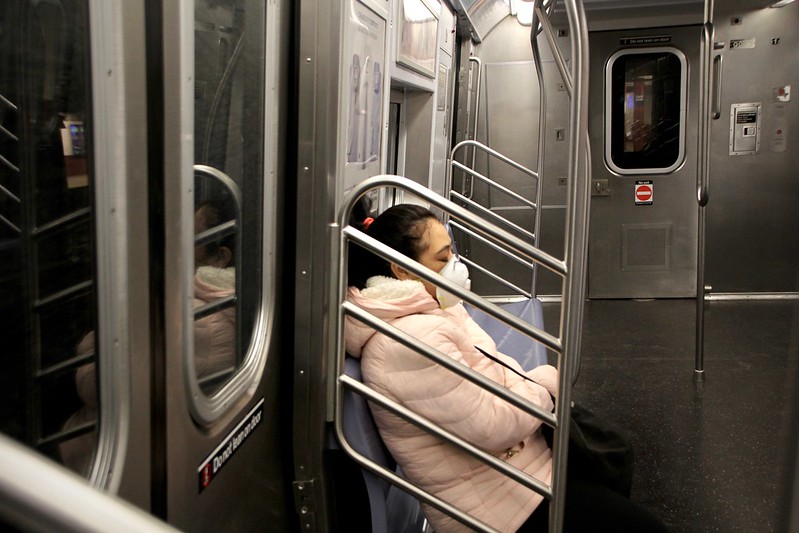 A woman sits alone on a nearly empty subway with a mask in NYC. The normal hustle and bustle of New York disappeared for months and is now only slowly coming back. The changes and the death toll has affected the mental heath of some New Yorkers. Photo by Shiyu Xu.

As September ushers in the eighth month of the COVID-19 pandemic, many vulnerable New Yorkers are more susceptible to mental breakdowns and economic hardship, which has constituted a spike in drug use and psychiatric distress in New Yorkers.

COVID-19 death tolls recently surpassed the 200,000 mark in the United States alone, which has triggered a visceral mental health crisis nationwide. Vulnerable New Yorkers are no exception to the pandemic’s adverse cognitive effects, and many have turned to drugs and alcohol as a coping mechanism. 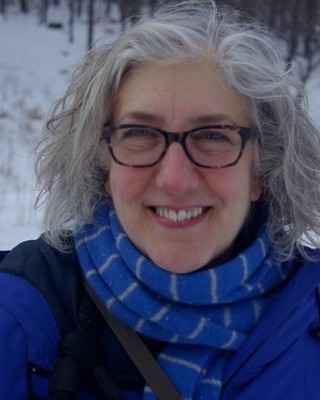 Ellen MacDonald, a clinical social worker and therapist with over 13 years of experience and independent practice says the pandemic can affect your mental health. Photo courtesy of Ellen MacDonald.

Ellen MacDonald, a clinical social worker and therapist with over 13 years of experience and independent practice, said that the pandemic had worsened her clients’ mental illness level.

MacDonald also said she noticed a higher rate of loneliness, fear, anxiety, and depression since the pandemic hit.

“This may also be related to social unrest, loss of jobs, and the overall economic situation. People are more stressed about those things,” said MacDonald.

The New York City Health Commissioner, Dr. Dave A. Chokshi (@NYCHealthCommr), in a recently tweeted response to the new data report released by the NYC Department of Health and Mental Hygiene also addressed the issue. The comprehensive report included data indicating that 44% of NYC adults reported anxiety related to COVID19 while many others reported symptoms of depression in the past two weeks. The report also highlighted resources available to New Yorkers who were struggling mentally.

People in this city have been through so much stress and trauma, and what they’re sharing reflects the difficulty of these recent months. Today @nycHealthy released new data on #COVID19 and New York City: https://t.co/LXPdutmJfL
More data 👇 📈📊📉

In a remote hearing hosted by the New York City Council, Executive Deputy Commissioner at the New York City Department of Health and Mental Hygiene, Dr. Hillary Kunins, said that racial disparities had a lot to do with the health issues that New Yorkers faced during the pandemic.

Dr. Angela Diaz, Director of the Mount Sinai Adolescent Health Center, said that the adolescents that she works with reported feeling more overwhelming anxiety and depression than they have ever experienced before. She also said that they tended to be Black and Latino.

“We surveyed young people from ages 13-25, and we noticed that most of them are smoking more marijuana than ever before,” said Diaz. “Also, over 35% of them said that they didn’t have enough food to eat, and about 21% percent of them needed to go to food pantries and churches to get the resources that they needed.”

Diaz also urged people to have more empathy for adolescents during these unusual times.

“We need to understand that the pandemic has had a tremendous effect on young people in terms of their mental health, education, financial status, and sexual health,” said Diaz. “There aren’t enough resources for young people at this time, and we need to do more.”

According to reports from the Kaiser Family Foundation, before the COVID-19 pandemic, nearly one in five of U.S. adults (47 million) reported having a mental illness, which eventually resulted in functional impairment and limited life activities. 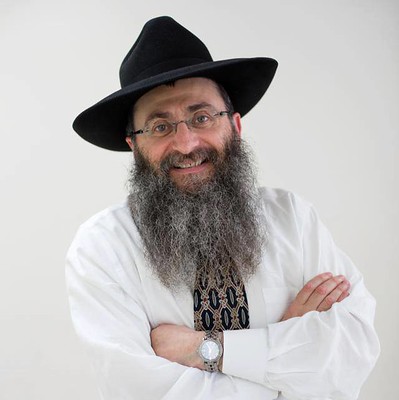 Rabbi Anchelle Perl the Chabad Leader of Mineola, New York, believes that despite the pandemic’s toll on the mental health of New Yorker’s, there is hope. Photo Courtesy of Rabbi Perl

“I think the pandemic has created a sense of confusion for people who were already struggling,” he said.“Their base issues were accentuated by it, and when you have more issues to deal with on top of that, it becomes confusing. “As a community leader, I have made a concerted effort to address the situation by creating a sense of community as much as I can to address the problem of loneliness.”

Rabbi Perl also had a sense of hope regarding the mental health epidemic in New Yorkers.

“We just have to take the basic primary guidelines and go with the faith that we will overcome in the end,” he said. “The fact that we are standing strong and moving forward is the greatest form of comfort that we can give ourselves. We are all in this together, and we are all in the same boat.”