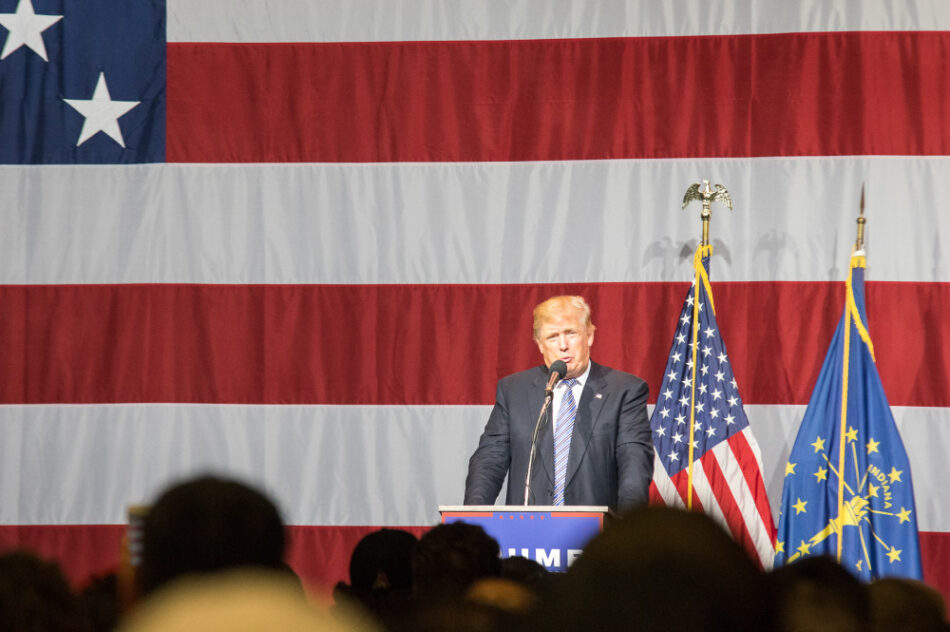 President Donald Trump has resumed his rally schedule despite the pandemic. Photo by @darrylsphoto via Twenty20

On the heels of acknowledging the severity of COVID-19 to journalist Bob Woodward, President Trump recently held his first indoor rally in nearly three months in Nevada, where he openly ignored the state’s coronavirus restriction, and with most attendees maskless.

Since the onset of the pandemic, Trump has downplayed the severity of the virus and made contradictory claims against public health officials guidelines. Since the outbreak, virus deaths have surpassed 200,000 .

Robert Hitchner, a moderate from Pennsylvania, said he believes Trump is holding indoor rallies likely at the request of his supporters and because we’re on the cusp of the presidential election. And while he believes indoor rallies are a bad idea, he doesn’t think we’re focusing our attention in the right place.

“Are the protests that have sprung up around this country a good thing? No,” said Hitchner. “Somehow, the people who are protesting are accepted and admired. They are gathering in large groups, rioting, burning buildings, they’re destroying small businesses. And we’re worried about Trump getting together for a rally? I think we’re worried about the wrong things.”

Hitchner said he wasn’t shocked to hear Trump knew the virus was deadly because he felt it was obvious. He stocked up on groceries back in February when the numbers spiked in Italy.

“I don’t think he was holding a great secret,” Hitchner said. “When he heard about it from China, Trump shut down travel to the country. And you don’t want to panic everyone, right? But you do want to take steps and try to make the right decisions. It’s a difficult situation.”

Dan Shorts, Director of Government Affairs for the National Confectioners Association, acknowledged how troubling Trump’s comments are as quoted in Woodward’s book, but questioned the amount of information available at the time Trump made his comments to Woodward.

“They don’t make it completely clear how much the President knew about the virus in February,
said Shorts. “I think it’s premature to say there was enough information available at that time to President Trump (or anyone) to know precisely how deadly the virus was, let alone all of the drastic and sweeping measures necessary to combat the virus.”

But Jaqueline Carey, a published novelist and self identified social media warrior of the Montclair Democrats, holds only disdain for Trump’s indoor rallies.

“I found it disgusting that Trump continued to hold indoor rallies when he was aware that COVID-19 was easily transmitted through the air,” said Carey. “I don’t find it surprising. Trump is a bundle of nerve ends, impulses, demons, and neediness.”

Carey said Trump rallies are driven by his ego.

“I suspect that rallies are the only time when Trump has felt alive through his whole political experience,” Carey said. “He wouldn’t make a distinction between indoor and outdoor. He wouldn’t care if all the attendees died. He has no sense that other people are real.”

Trump is widely known to hold a bold and fiery campaign style, one of which has increased during the COVID-19 pandemic. Shorts said his decision to hold indoor rallies could be an act of defiance against his critics.

“I don’t believe it’s a coincidence that he replaced his campaign manager after turnout was less than expected at his last indoor rally in June, in Tulsa, Oklahoma,” Shorts said. “I think returning to the indoor format is an attempt to portray a resurgence in enthusiasm from his supporters that the optics of his Tulsa rally failed to translate.”