The airline industry has been hit hard by the coronavirus pandemic. According to  an analysis done by Pavement Pieces, using raw data from the Bureau of Transportation Statistics (BTS), New York State canceled 5,808 scheduled flights in March, which is estimated to be 18% of the state’s total flights.

Results also showed that the total scheduled flights in March 2020 is similar to what in the same period last year, while the flight cancellation amount is about nine times higher. 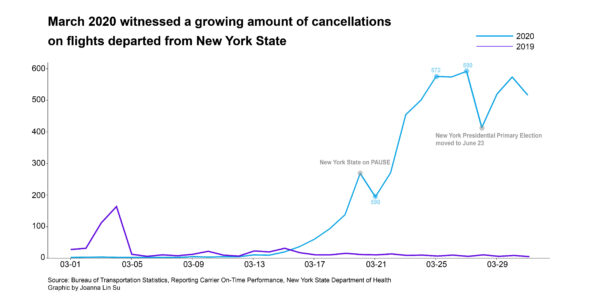 Among the 5,808 canceled flights, 86% of them were canceled for “security reasons”, which was unheard of just a year ago, Flights to Florida, Illinois, North Carolina, Virginia, California, Texas, Georgia, and Massachusetts had the highest cancellations. According to the BTS, security cancellations are due to “evacuation of a terminal or concourse, re-boarding of aircraft because of security breach, inoperative screening equipment and/or long lines in excess of 29 minutes at screening areas.”

The following graph shows which states  flights were scheduled to fly to and reasons for their cancellations. 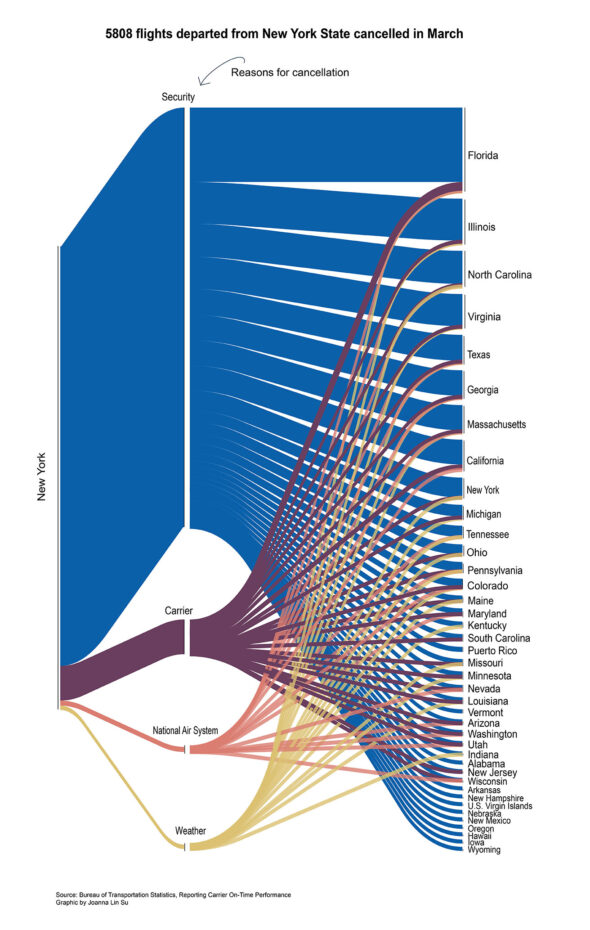