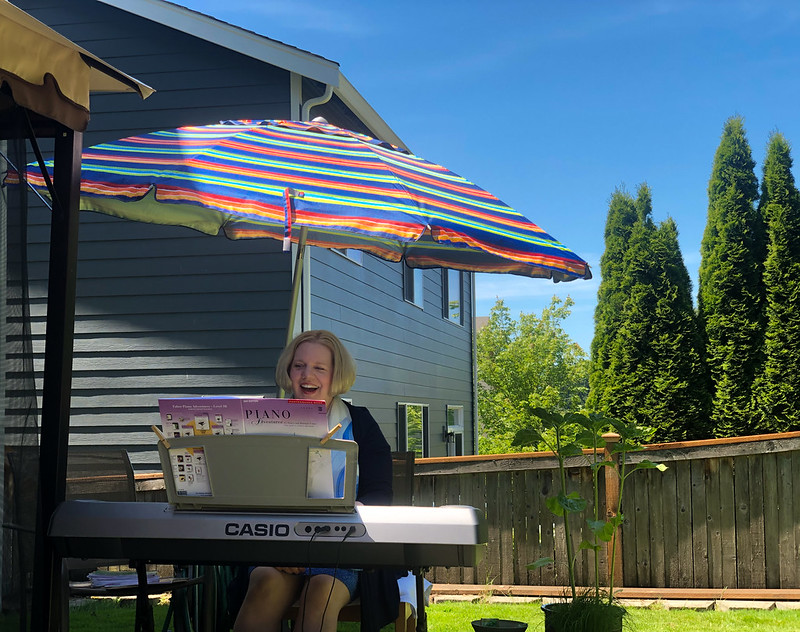 Since Washington state began its coronavirus shutdown in March, Amy Putnam has put her creativity to the test,  offering backyard music lessons to her 35 students in the Seattle area.

The Juilliard trained percussionist has been giving private lessons since 1996. With stay-at-home orders in place,  she has taught in recital halls, studios, hallways, garages and elevators, but never in her backyard.

Starting the first week of March, she began holding lessons through video conferencing tools like FaceTime and Zoom, before she got the idea to hold her lessons in her backyard. As long as the Seattle weather permits she plans to continue this way, leaving a hand sanitizer pump at the student’s piano and wiping down instruments after each lesson. While the shift has been difficult, she said that “musicians are resilient and resourceful,” and years of marching in drum corps have made  Putnam “used to playing outside.” 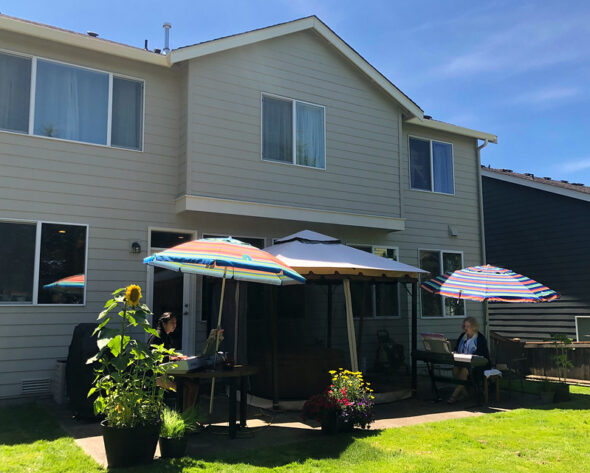 Since the onset of the pandemic, many musicians have lost freelance work opportunities, with performances being cancelled. Putnam, who plays in the Tacoma Symphony, has had to cancel three of her last planned concerts.

She suspects her colleagues are also finding new ways to stay afloat and keep working in the field that they love. While she has lost income, Putnam said she is able to continue earning a living through giving lessons, now taking every student that calls. She “doesn’t need to depend on the government for money.”

Her students range from five to 65 years old. Many are children who live in her neighborhood, taking a short bike ride to her house. She finds that students enjoy the opportunity to get out of the house, and like to play their instruments outside. While she has noticed a difference in student’s attentiveness, she noted that “they’ve adapted well.” She plans to host a series of mini backyard garden recitals where groups of students can play together, with up to three families bringing their own lawn chairs to attend, sitting at least 6 feet apart. 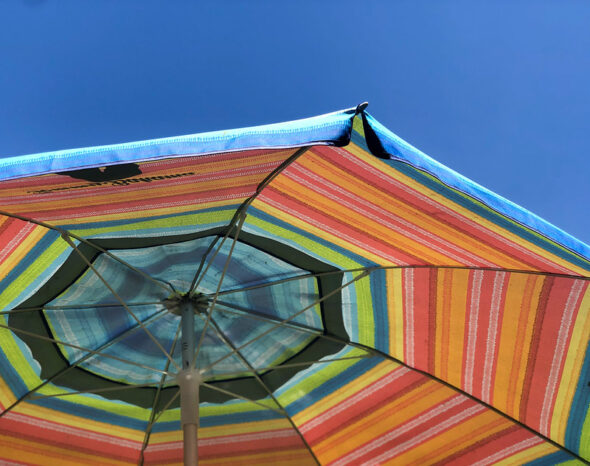 An umbrella shades students during their lesson. Photo by Madeline Gunderson

While the acoustic environment is “not ideal,” she finds that the joy of making music together despite the circumstance is worth it.  Putnam said that her neighbors don’t mind the lessons, and that she periodically checks in with them to be sure that they aren’t bothered by the sounds of students practicing. She joked that the cookies she occasionally brings to her neighbors probably don’t hurt either. 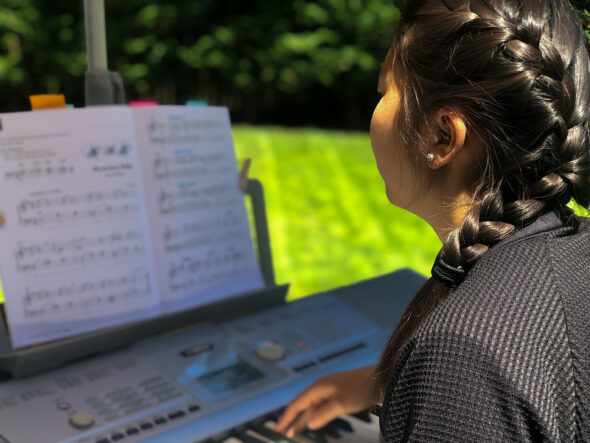 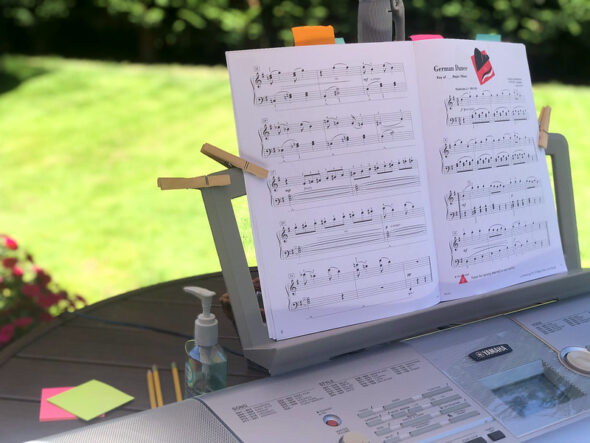 A music book clipped securely from the wind. Photo by Madeline Gunderson 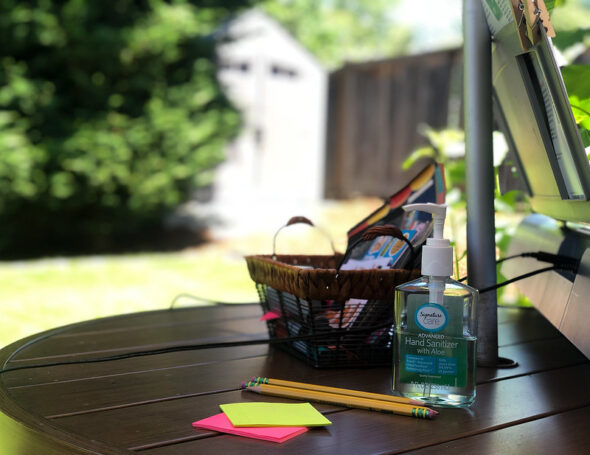 Hand sanitizer for each student to use before they begin playing is one of Amy Putnam’s rules. Photo by Madeline Gunderson 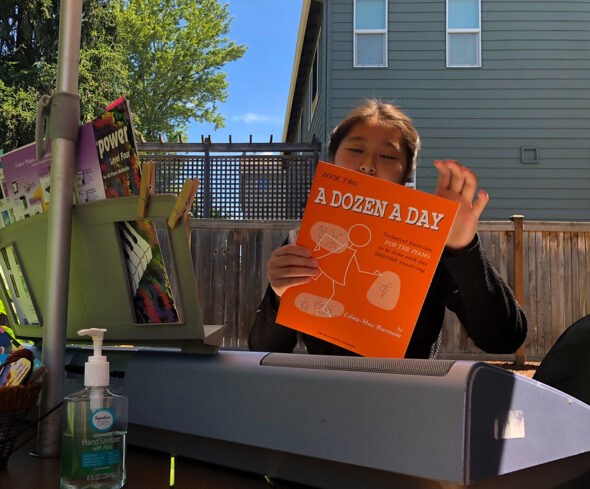 A piano student pages through her lesson book. Photo by Madeline Gunderson 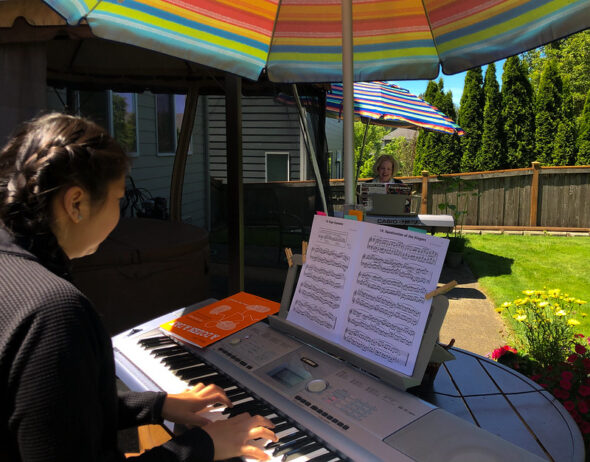 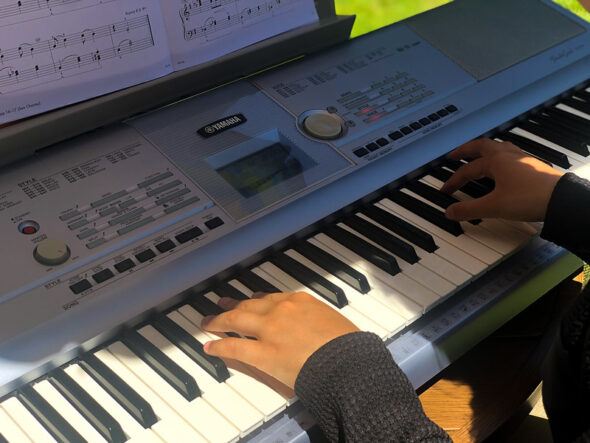 A student works on her scales. Photo by Madeline Gunderson 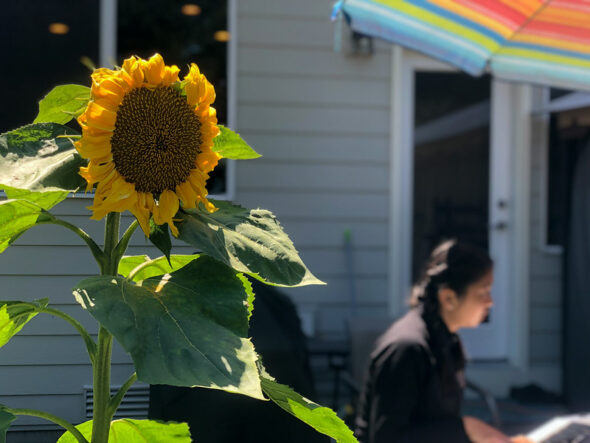 Flowers bloom amid the practice space. Photo by Madeline Gunderson