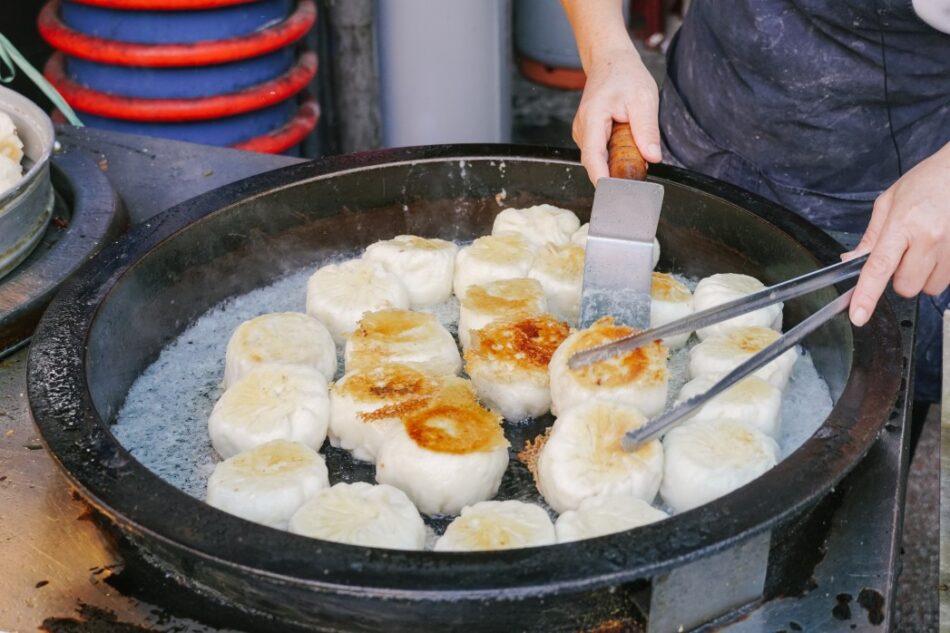 Street vendors are now seen as a way to jump start China’s economy. @lindsayjubeck via Twenty20

Every evening since the start of June, street vendors have been gathering around Gongjiqiao Road in Chengdu, a city with over 16 million people in southwestern China. When the sun sets down around 8 p.m., the vendors start touting all kinds of items on display: toy cameras for kids, bed linens for housewives, and even insurance contracts for working professionals who “need to plan for their pension funds.”

The road had not been easy for street vendors until the first week of June, when the Chinese government started urging street hawkers to set up open-air booths in public spaces even without government-issued licenses.

The vendors, most of whom come from rural to urban areas to seek a living, don’t fit inn with the skyscrapers and shopping malls of the  big cities. Those without licenses were driven away by authorities who sought to improve the urban landscape, but have these vendors  have become the last hope of the Chinese government who fear social unrest caused by the dire unemployment situation.

As the first country hit by the coronavirus, China has seen a spiking unemployment rate since it imposed a national lockdown in February. The country’s National Bureau of Statistics reported the highest-on-record unemployment rate of 6.2% in February, up from 5.3% in the previous month. Some Chinese economists, such as Li Xunlei who works at Zhongtai Securities, said the actual number could run as high as 20%.

To fight the unprecedented level of unemployment following the coronavirus pandemic, the Chinese Communist party made the unusual move of legalizing street vending. On June 1, China’s Prime Minister Li Keqiang visited a street food vendor in Yantai, a coastal city in northeastern China. During the visit, Li said that street vendors and small business owners could alleviate the underperforming labor market.

“The street vendor economy is down to earth, but just as vital [as the big firms in terms of reviving China’s economy],” Li said.

The Chinese government claimed that the new policy has added as many as 100,000 jobs in Chengdu. Zhou Tianyong, head of the International Relations Center at Dongbei of Finance and Economics, commented on Sohu Think Tank that there are approximately 100 million working-age people in China who are not registered in the country’s labor department. An unregistered worker, such as an unlicensed street vendor, is not properly taxed and thus needs to juggle with the authorities in the legal grey area. The legalization of such job markets could create more than 50 million jobs for this group, according to Zhou. 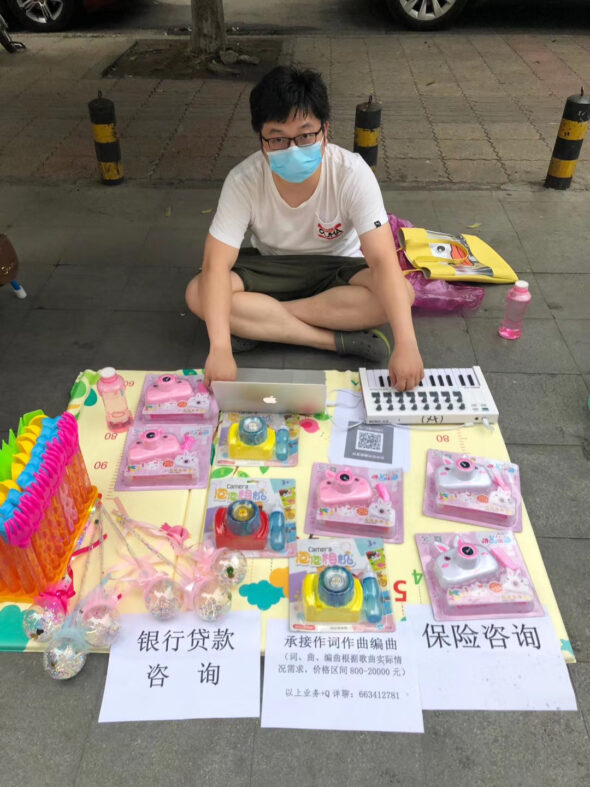 Changwei He, a part-time street vendor who works as an administration officer at Chengdu Neusoft University, said he never thought about vending on the street until he saw a soaring number of street hawkers outside of his residential compound over the past week.

“Then I started thinking, why can’t I make some money out of street vending? There are many kids playing around [the residential complex], so I bought some toys, found my own vending spot, and sold them to parents who brought their kids out to play.”

On a good day, He sold 18 items in three hours and made 400 yuan (or $57). It’s not a significant income compared to what he earned in the university, at least for now. But He is optimistic about generating more profits as he has gradually learned to “pick the best hour and best site.”

“If the policy allows,” he said, “I will keep vending on the street.”

Yet the policy draws backlash as street vendors flock to sidewalks and footbridges in urban areas. Beijing Daily, the official paper of CCP’s Beijing Municipal Committee, published a commentary criticizing street vending for being an unseemly sight in Beijing a week after the State Council endorsed the move.

“Street vendor economy is not for every city,” the commentator Jing Ping wrote. “Beijing is the capital of China. It represents the country, and it has its own way to keep the unemployment rate low.”