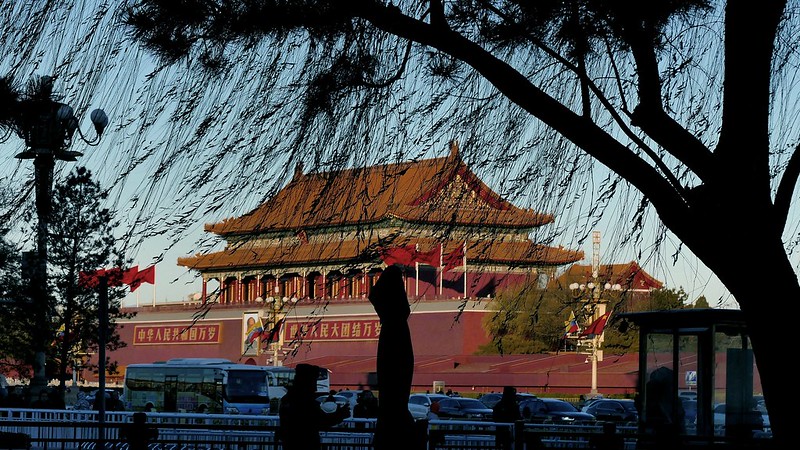 After a two-month delay, China’s annual parliamentary sessions of the National People’s Congress (NPC),  was held on May 18.  And it sent a signal that the Covid-19 pandemic is under control in China.

Called the two-sessions, it is the most important political gathering for China officials each year. This year’s sessions prioritized recovery plans from the brunt of the economic impact of Covid-19. Beijing also sought the chance to pass a Hong Kong security bill bypassing Hong Kong’s legislation, in order to end the anti-government protests that have rocked the semi-autonomous city for months.

China has abandoned the annual growth target for the first time as the world still grapples with the pandemic and a global economic fallout begins. The coronavirus lockdown has slashed China with a historic 6.8% GDP drop in the first quarter in 2020, marking the first contraction since 1992.

“The global epidemic situation and economic and trade situation are very uncertain, and China’s development is facing some unpredictable factors,” Chinese premier Li Keqiang said at the start of the NPC.

As central banks in the US and Europe went all in with buying government debts and cutting interest rates to save the market, China did not follow. Yi Gang, China’s Central Bank (PBOC) governor has warned against excessive stimulus measures.

“The normal monetary policy should be kept as long as possible,” he said.

Yet the PBOC has already eased its monetary stance, including injecting liquidity into the market through its daily reverse repo purchase program and cutting its benchmark lending rate.

By de-emphasizing the growth target, the premier prioritized more flexible measures on local level to spur up employment. Premier Li announced a target to create 9 million urban jobs in the coming year, down from last year’s target of 11 million.

Li Xunlei, the chief economist of Zhongtai Securities, estimated a 20.5% unemployment rate, much higher than the official data of 6% released by the National Bureau of Statistics in April. Li and his team said in a report that the large number of self-employers in China, especially in the service industry, were frontline victims of the pandemic lockdown. 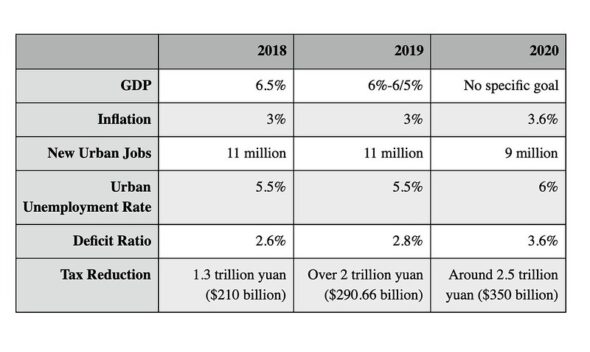 The idea, first mentioned at a central economic conference in late 2018, gained more attention from both the public and the private sector amid the coronavirus lockdown. Beijing suggested that it would leverage the pandemic to catalyze the development of data infrastructure and upgrade industrial production.

Two days after the end of China’s two sessions and the reinforcement on the new infrastructure plan, President Trump issued an executive order suspending some Chinese graduate students’ entry into the country, especially ones working in the sciences. Although not directly tied to China’s ambitious 5G and AI plans, the ban cited the threats of illegal acquisition of intellectual property and potential national security posed by Chinese students.

The bill came after Hong Kongers’ months-long protests against a plan to allow extradition to mainland China. Beijing feared that the former British Colony, under the “one country, two systems,” had spoiled freedom and exposed itself and the central government to external forces.

Hong Kong, as an semi-autonomous region from China, is a commercial and trade hub in East Asia. Although the Hong Kong government spokesperson said “the vast majority of law-abiding Hong Kong residents, including overseas investors, have nothing to fear,” Hong Kong residents did not share the confidence. They rushed for the emigration gates and investing in overseas properties, soon after the controversial plan unveiled, South China Morning Post reported.

The anti-government protest roiled Hong Kong again after the security law was passed, despite the risk of the pandemic has not settled. Trump announced that Hong Kong would no longer receive its special status as it lost autonomy. Meanwhile, American officials are discussing ways to punish China for the drastic move.

Yet, the outbreak of George Floyd protests across the US handed Beijing a new weapon to compare the unrest in the US and Hong Kong’s pro-democracy demonstrations and accuse the US of hypocrisy. 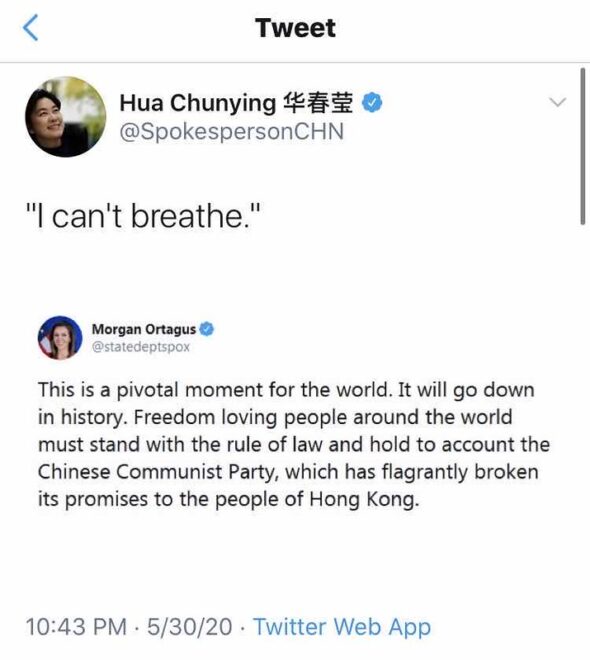 Hua Chunying, China’s foreign ministry spokesperson, tweeted “I can’t breathe,” the last words of George Floyd, with a screenshot of a post of her American counterpart that called for the Communist Party’s accountability on Hong Kong, implying the US government’s double standards.