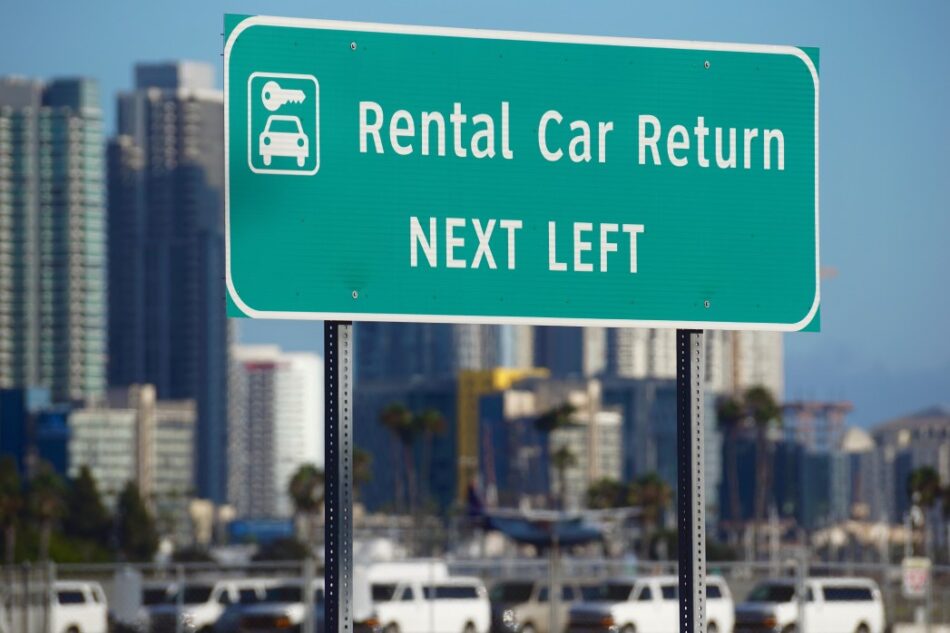 Car rentals have taken a big hit during the pandemic. Photo by @TonyTheTigersSon via Twenty20

Large companies have fallen, and the list is long. It ranges from 112-year old car rental company Hertz and retail brand J. Crew to oil giant Chesapeake and NPC International, the operator of 1,200 Pizza Hut restaurants.

A wave of corporate bankruptcies has  claimed 3,604 businesses  in the first half the year, up from 2,855 from the same period last year, according to Epiq Global, a firm that tracks data from US bankruptcy courts. With no vaccine for the virus yet, the coronavirus is still holding back the US economy, and bankruptcy filings are likely to accelerate, experts say.

“Companies in sectors like energy, retail and hospitality will continue to be under substantial pressure and see a lot of bankruptcy filings,” said Peter Friedman, a leading bankruptcy and restructuring litigator at law firm O’Melveny.

A pullback in consumer spending has hit retail stores hard, which were already facing tough competition from e-commerce giants like Amazon. Energy companies have also been hurt as the crisis sapped the demand for oil after travel and economic activity came to a screeching halt.

Under the Paycheck Protection Program, an aid program for small and mid-sized businesses, the government has issued 4.9 million loans totaling $521 billion as of June 30.  The program was set to expire on June 30, but Congress has extended it to Aug. 8.

Experts aid can help sustain businesses, but this model can’t be the panacea.

Despite receiving PPP loans, many companies are still going bust. Toojay’s, a popular Florida-based deli chain that had received $6.4 million in stimulus funds, is one of them. Almost one out of every 12 companies that have gone bankrupt since early April got PPP loans, according to a research firm bankruptcydata.com.

“PPP obviously can be helpful, but fundamentally if there is a loss in revenue or too much leverage on the business, it’s a different picture,” said Friedman.

Many debt-saddled firms could begin to file for bankruptcy under Chapter 11 if the economy doesn’t rebound.

Chapter 11 of the US bankruptcy code allows a troubled company to restructure its debt while continuing to operate. If the company fails to pay its creditors, its assets are liquidated under Chapter 7. June was a particularly bad month for companies this year. Commercial Chapter 11 filings were up 43% over June of last year, with 609 new filings, Epiq Global said. A total of 1,0121 companies were liquidated under Chapter 7 filings this year so far.

One of the biggest corporate casualties under Chapter 11 was Hertz, after stay-at-home orders   whacked its business. Already sitting on $17 billion in debt, the company gave in.

Household retailer J.C. Penney also filed for bankruptcy, after it struggled to service $4 billion in debt. The company has announced to close its 250 stores by the end of summer 2021.

“Going into recession with a heavy amount of debt is almost a recipe for bankruptcy,” Anthony Karydakis, Adjunct Professor at New York University’s Stern School of Business, said.

Karaydakis said companies that managed to survive the intense lockdown period, “are still not out of the woods yet.”

The piling up of debt and falling revenue has left companies teetering on the brink of bankruptcy.  Victoria’s Secret and Best Buy are among many that are on the edge.

US companies have piled on more than $11 trillion in debt over a decade, fueled in part by low interest rates from the Federal Reserve. For companies looking to raise funds, low interest rates make debt attractive because they lower borrowing cost. Cheap debt drives firms to take more debt at low interests from their creditors. But accumulating too much debt can be dangerous, especially when the economy slows.  Experts say many companies are likely to default on their debt payments now that the pandemic has hurt sales.

“Companies can’t hang around without making payments on their debt.”

Karydakis also says as more companies go bankrupt in the coming months there will be more job losses in the US. At 11.1%, unemployment still remains higher than at any point during the Great Recession. Karydakis noted it’s possible bankruptcies could keep unemployment elevated for months to come.

“Companies are going to lay off as more bankruptcies pile up. This will slow the pace of recovering the job market. This is a story that is not going away,” he added.