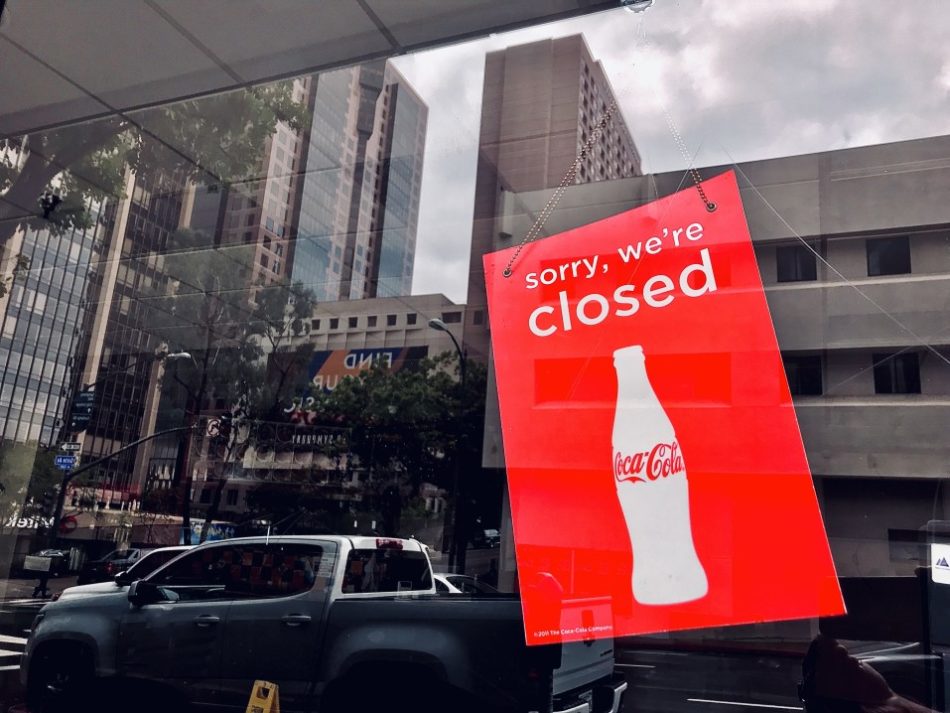 Businesses are closed all over the United States to slow down the spread of the coronavirus. Photo by @TonyTheTigersSon via Twenty20

The first official numbers are in. In the best case scenario, the Coronavirus will result in the death of at least 100,000 people and up to 240,000 in the United States, according to models presented by the White House today.

The numbers represent a best case scenario, assuming full mitigations practices are put in place. With no interventions, experts predicted the number of deaths would have resulted in between 1.5 million and 2.2 million deaths.

“I want every American to be prepared for the tough days that lie ahead,” Trump said, warning for some “painful two weeks” lying ahead.

The government is now putting in place a program of 30 days to slow the spread, contrary to President Trump’s hope of having the country “open by Easter”. These measures include recommendations to avoid unnecessary travel, public spaces and gathering of more than 10 people.

Trump’s tone today was much more somber, characterizing the coronavirus as “vicious” and not like the flu, and equating it to the plague.

Regardless of these predictions, Dr. Anthony Fauci, director of the National Institute of Allergy and Infectious Diseases, said that we should still be trying to cut the number down as much as possible.

“We don’t have to accept that,” he said, explaining that the models can change depending on how the situation progresses every day, “Models are as good as the assumptions you put into them.”

President Trump said that there are currently 10,000 ventilators “ready to go” to states in most need. Besides New York, which has been hit the worst so far, states like Michigan and Louisiana are in the radar of the White House, as possible larger outbreaks to come.

He also doubled down on his promise of having an additional 100,000 made available in the next 100 days.

As of now, the US has registered at least at least 183,532 cases of coronavirus, making it the number one country in the world. So far, 3,600 people have died from the disease.

New York is the most affected state, with over 75,000 cases. In his own press conference earlier today, Governor Andrew Cuomo said the numbers are still going up, even though the number of intubations are down and discharges are up.

“We’re all in search of the apex and the other side of the mountain, but we are still headed up the mountain,” Cuomo said. “In general, I am tired of being behind this virus. You don’t win playing catch up”

According to expert’s predictions, the apex of the outbreak in the state will happen within 14 to 30 days from today, Cuomo said.

Cuomo stressed the importance of anticipating future needs by stockpiling supplies and recruiting healthcare professionals, again calling upon those outside of the state to help fight the outbreak in New York.

Since the beginning of the week New York City saw the arrival of the USNS Comfort hospital ship and the installation of a 68-bed field hospital in Central Park, which are adding over 1000 beds to help support overflown hospitals in the city.

During the press conference, Cuomo also announced that his brother, CNN anchor Chris Cuomo has been tested positive for coronavirus, and is now quarantined in the basement of his house.

“He is gonna be fine,” Cuomo said. “He’s young, in good shape, strong. Not as strong as he thinks. But he will be fine.”

The governor pointed out a lesson to be learned, sharing that his brother had had their mother over to his house a couple of weeks ago, because she was feeling lonely. And although this was done out of love, had he done it more recently, “chances are she would have been exposed.”