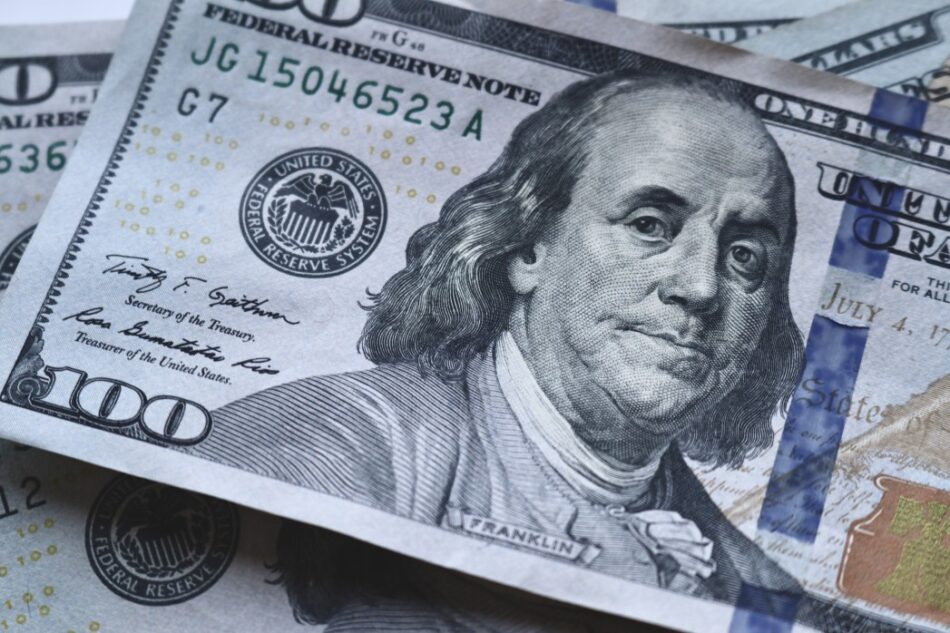 Photo by @jacobandrews64 via Twenty20

The United States is creeping towards an economic policy disaster. One-time checks of up to $1,200 sent out by the government back in April have already been spent, and with expanded unemployment insurance set to expire in a few weeks, millions of Americans are at risk of finding themselves knee-deep in a rapidly degenerating economy.

On Tuesday, over 150 of the nation’s top economists penned an open letter calling for “immediate, bold action” to prevent the country’s coronavirus-induced recession from getting worse.

The letter, published by the Economic Security Project and the Justice Collaborative, urged members of Congress, who will be back in session on July 20, to craft a generous and multifaceted COVID-response package that includes extended and enhanced unemployment benefits, and significant aid to state and local governments.

Above all, the letter urges Congress to pass recurring direct cash payments to individuals and families that would be triggered by weak economic data, like high unemployment rates, and last until the economy recovers. Essentially, the proposal would issue government checks to Americans on autopilot, so that the amount of dispersed aid increases or decreases without further action by Congress.

“Even after businesses start to re-open and jobs begin to come back, there will be significant economic fallout, and demand will continue to lag if people don’t have money to spend,” the letter says. “Regular direct stimulus payments tied to economic indicators will help families stay afloat and drive economic activity.”

Economists refer to the policy as an “automatic stabilizer,” and they consider it an important recession-fighting tool because once written into law,  it’s designed to kick in without further iterations of federal legislation. Automatic stabilizers inject money into the economy when it’s weak and withdraw stimulus when it’s strong, skipping the guessing game between federal politicians and analysts of trying to adequately scale individual relief bills.

During past recessions, economists, policy analysts, and Congress have engaged in a cumbersome dance of predicting the length and breadth of economic downturns to draft and implement fiscal policies. Following the Great Recession, for instance, Congress passed a $840 billion relief bill that included virtually zero support for states and municipalities, a misfire that contributed to a sluggish, decades-long recovery.

To avoid these often delayed and incorrectly targeted fiscal responses produced through the conventional political process, the cohort of economists are pushing for policies — like recurring direct cash payments and continued expanded unemployment insurance — that pin amounts received and periods of eligibility to the jobless rate rather than arbitrary deadlines agreed to by politicians.

Professor Dietrich Vollrath, chair of the University of Houston’s economics department and a signatory of the open letter, said that using automatic stabilizers keeps Congress, an institution that generally lacks the foresight to accurately and efficiently forecast the length and severity of recessions, from estimating the appropriate magnitude of fiscal aid.

“When we passed the CARES Act in March, and offered an additional $600 in unemployment insurance per week, the end of July seemed like a long time away,” Vollrath said. “It seems that under competent leadership, a pandemic would have been handled by then — obviously it hasn’t.”

Though automatic stabilizers are gaining steam among center and left-of-center academics, as well as policy wonks on Twitter, they face opposition on Capitol Hill.

During Congress’ first round of negotiations for coronavirus relief, the House passed a $3 trillion package that omitted automatic stabilizers after several Democrats who introduced legislation that included the policy feature compromised to advance other fiscal priorities. Moreover, this was the first bill the Democratic-controlled House sent over to the Senate, so even if it had included automatic stabilizers, it would’ve likely have been negotiated out of the final version.

Most recently, in response to many Democrats signalling their support for tying automatic stabilizers to an extension of the $600-per-week unemployment insurance bonus, Senate Majority Leader Mitch McConnell, citing the Republican argument of creating a disincentive to work, said it would be “a mistake.”

Another conservative argument against automatic stabilizers is its price tag: a Congressional Budget Office score of an automatic stabilizer policy–which could last for several years as unemployment is projected to remain high for at least the remainder of 2020–would be larger than that of a fiscal package that expires, say, after a few months.

But proponents of automatic stabilizers assert that this is a false comparison, and a more astute one must account for the cost of potentially not doing enough.

“To me, the cost of doing too little is enormous,” said Claudia Sahm, a signee of the letter and director of macroeconomic policy at the Washington Center for Equitable growth. “I am very honest and transparent about how these proposals are big dollars and would add to the deficit. In a recession, I believe it’s totally worth it.”

Even so, as states and cities roll back their reopenings and reinstitute stay-at-home orders, economists who are in favor of extending enhanced unemployment insurance argue that there isn’t much empirical data to support the disincentive argument.

Rather, they claim that given the US economy’s current lag in demand, and because most people can’t safely return back to work, an effective fiscal response is one that puts money into the hands of Americans without expecting or forcing them to leave their homes.

“The whole point of [unemployment insurance] and direct payments is for us to pay people’s rent and fixed expenses so that, for the love of God, they stay put and don’t get sick,” Vollrath said. “Don’t go anywhere.”

Of course, the reality is that the US is five months away from a presidential election.

And with an incumbent who has turned mask-wearing into a political litmus test, and with little appetite for bipartisanship in Washington, it’s unclear  what Congress will come up with.

“Nobody knows right now what [Congress] is actually going to pass,” said Sahm. “They’re going to pull a rabbit out of a hat, but we have no idea if it’s going to be a tiny little runt of a rabbit or if it’s gonna be the big one.”