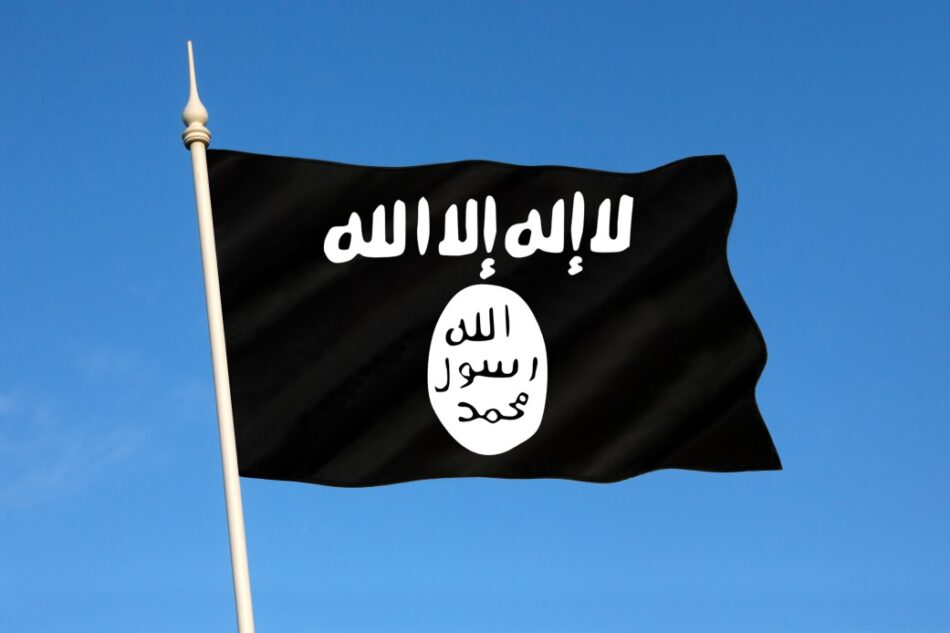 The flag of the Islamic State (ISIS) an unrecognized state and a Sunni jihadist group active in Iraq and Syria in the Middle East. In its self-proclaimed status as a caliphate, it claims religious authority over all Muslims worldwide, and aims to bring most Muslim-inhabited regions of the world under its political control. Photo by @SteveAllenPhoto via Twenty20

The coronavirus pandemic has been a challenge for most countries, but for the Islamic State in Iraq and Syria (ISIS), it has been an opportunity to regroup after setbacks, experts on the extremist group say.

Although ISIS lost control of its strongholds in Raqqa, Syria, in October 2017, and in Mosul, Iraq ,  in July 2017, and US President Donald Trump declared that the group had been defeated in March 2019, it has been rebuilding during the pandemic.

“Physically, the Islamic State has been defeated in 90% after the losses of Raqqa and Mosul. We cannot say, however, that they have been 100% annihilated because their ideology is still there,” Najad Khouri, specialist in the geopolitics of the Middle East at Fundação Getúlio Vargas, a higher education institution and think tank in Rio de Janeiro, Brazil  said, over the phone.

Ever since the coronavirus pandemic started in late 2019, ISIS has been using the crisis to gather its fighters in Syria and Iraq and reorganize to become stronger. A series of coordinated attacks indicate the group’s physical resurgence. A good example was an attack in May 2020, when ISIS fighters invaded a village in Iraq near the Tigris River and killed Sunni Muslims who didn’t support the organization.

Formed in 2013, the Islamic State expanded rapidly when the governments of Syria and Iraq were weak. Now those governments are organizing themselves again, making it harder for ISIS to expand. However, Rashmi Singh, a specialist in terrorism at PUC Minas university in Brazil, argues that the Islamic State is still a virtual threat and that the organization is still recruiting, not only in Syria and Iraq but also beyond.

“We know that the Islamic State has now reached its lowest point since their former leader Abu Bakr al-Baghdadi died. However, he is not irreplaceable and other terrorist organizations, such as Al Qaeda, have also had several leaders,” she said.

Abu Bakr al-Baghdadi committed suicide in September 2019. After his death, a new leader known as Hajji Abdallah took power. He is now being sought by the United States, which offers a US$10 million reward for any information leading to his capture.

According to Michael Barak, team leader of the Global Jihad & Jihadi Websites Monitoring Group in Israel, ISIS is interpreting the pandemic as a way to punish infidels. The Islamic State first addressed the coronavirus in its newsletter, al-Naba, on February 2, in volume 220. The organization took strict measures against the virus and issued obligatory instructions to its fighters.

“They have had a very strong position regarding safety since March,” Singh said. “They said that people infected should not travel to the places dominated by ISIS and fighters were called out to take social distancing measures and to quarantine.”

On March 12, the Islamic State issued guidelines on how to deal with the pandemic, the so called “Islamic Guidance on Dealing with Epidemics.” Restrictions included covering the mouth, washing hands and avoiding areas with potential infections.

Another monthly online magazine published by ISIS from Idlib, Syria, called the virus “one of Allah’s soldiers.”

“The Islamic State was firstly looking at the virus as a God’s revenge on China because of their treatment against Muslim minorities,” Singh said. “After it spread, it became a punishment for apostasy and crusaders. In Iran, they [ISIS] interpreted it as a punishment against Shia Muslims, seen as not real Muslims.”

Both Singh and Khouri say that the Islamic State is also taking the opportunity to conduct more attacks where some governments’ responses to the pandemic have left a power vacuum or political insecurity.

“Where there is a power vacuum, the Islamic State will grow. They will appear in the light that is the power vacuum,” Khouri said.

Khouri said that the only way the international community can thwart the reorganization of the Islamic State is to help the economies of underdeveloped countries. [BB9]

“Syria is a good example for that,” he said. “The US has adopted sanctions against Syria, which deepens the country’s economic crisis, impoverishes the country and these lead to a weak state. This weak state leaves a vacuum, which is where extremist groups are likely to emerge.”