From Wuhan to New York City: A coronavirus story 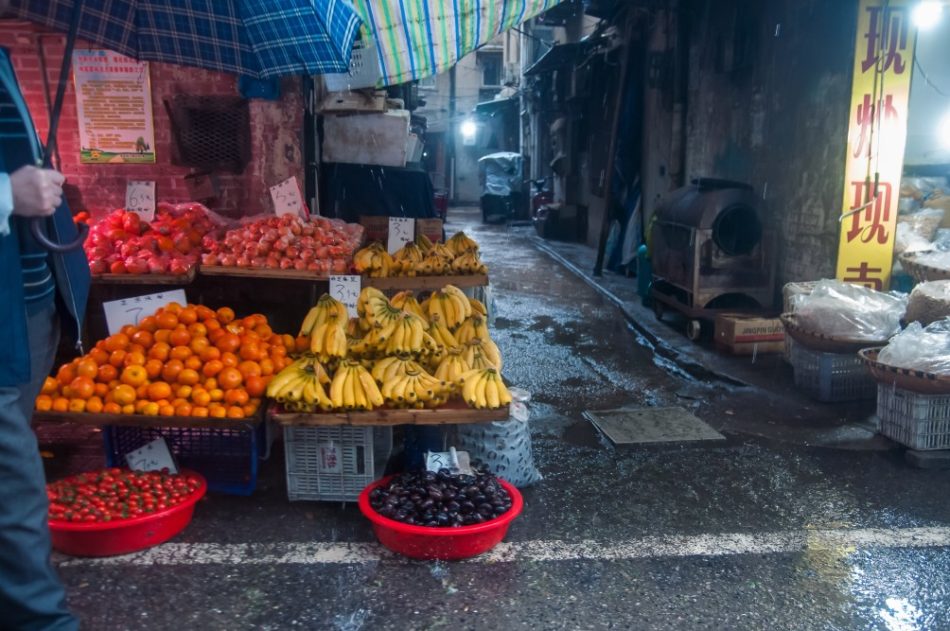 A deserted fruit stand in Wuhan, China. Photo by @ellinnurbakarudin via Twenty20

When Austen Sun first received a call at 7 a.m. from a concerned friend, he wasn’t quite aware that the city he was in had gone into lockdown.

Sun, a first generation Chinese Australian, and his family had flown to Wuhan to visit his ageing grandparents just a few days before the city completely shut its borders.

“I didn’t think it was going to happen before I got there, because obviously, this has never happened in the history of modern China,” Sun said.

The lockdown in Wuhan occurred in stages. Initially, non-essential services were halted, and the government blocked the city’s highways and tunnels, making it impossible to get anywhere around the city, even with a vehicle. They also began tracking residents’ movements via the surveillance cameras scattered around the city. When Sun’s dad tried to go visit his extended family who lived on the other side of the Yangtze River, he received a text message warning from the government.

“My Dad got a text message,” Sun said. “They were like, hey look, don’t go outside we know you were outside today.”

So, for 11 days, with nowhere to go, Sun, his parents and his younger sister, had no choice but to isolate themselves in their temporary residence. Overwhelmed by boredom and uncertainty, Sun spent many of his day’s binge-watching Chinese television shows and movies, playing mahjong and exercising.

After hearing rumors that foreign countries were evacuating their citizens from Wuhan, Sun hurriedly called Australia’s Department of Foreign Affairs and Trade, pleading for details. According to Sun, the Australian government was hesitant to provide any information to him and his family until they could confirm that an evacuation was possible.

“I would literally call them twice a day,” Sun said. “I think they didn’t want to give us false hope in case they couldn’t evacuate us I guess.”

Finally, after much back and forth, the Australian government informed Sun and his family that they would be evacuated from Wuhan and would spend two weeks in quarantine on Christmas Island, an Australian external territory which sits in the Indian Ocean, more than 3,000 kilometers away from the mainland. The island is notoriously known for being an immigration detention center for asylum seekers.

After receiving the news, his family was relieved. Knowing that there might not be much to eat on Christmas Island, Sun decided to head to the supermarket to buy essential groceries for him and his family.

Expecting chaos and panic buyers, Sun was pleasantly surprised when he arrived at the supermarket. As he waited in line, he noticed that everyone was ordered to stand at least two meters away from one another and not a single person stood in line without a mask.

“It actually was like super orderly,” Sun said. “There was one worker who was checking everyone’s temperature and they were controlling the number of people who could be in the supermarket at one time.” 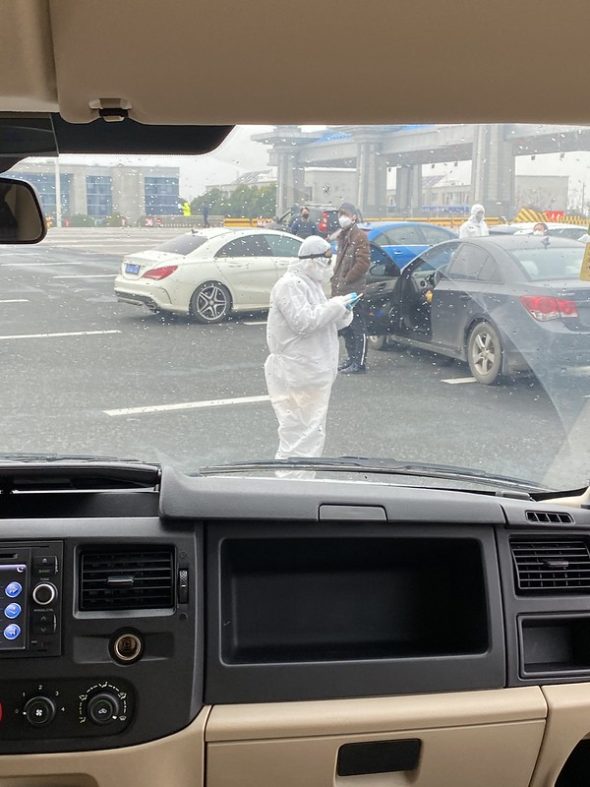 On the evening of their evacuation. Sun and his family were asked to arrive at the airport at 6 p.m. for their 2:30 a.m. flight. Their trip to the airport was packed with many checkpoints. Every security officer who approached their vehicle wore white bodysuits and covered their faces with surgical masks and goggles.

Once they arrived at the airport, which had been closed, Sun, his family and many other Australians waited for over 4 hours before workers arrived to check their bags. Going through customs was also a difficult and long process, as there simply weren’t enough staff to accommodate the large group of evacuees.

The detention center on a tropical Island

Although everyone on the evacuation flight knew that their ultimate destination was Christmas Island, none of them knew exactly how they would get there.

Sun recalled that the 747 airplane they were on was unable to land on Christmas Island as the runway there could not accommodate the oversized aircraft. So instead, they stopped at an unknown location and switched into smaller jets which flew them to their destination.

The flight arrived on Christmas Island late at night, and the evacuees were shuffled into large white vans, which took them to their accommodation, the detention center. 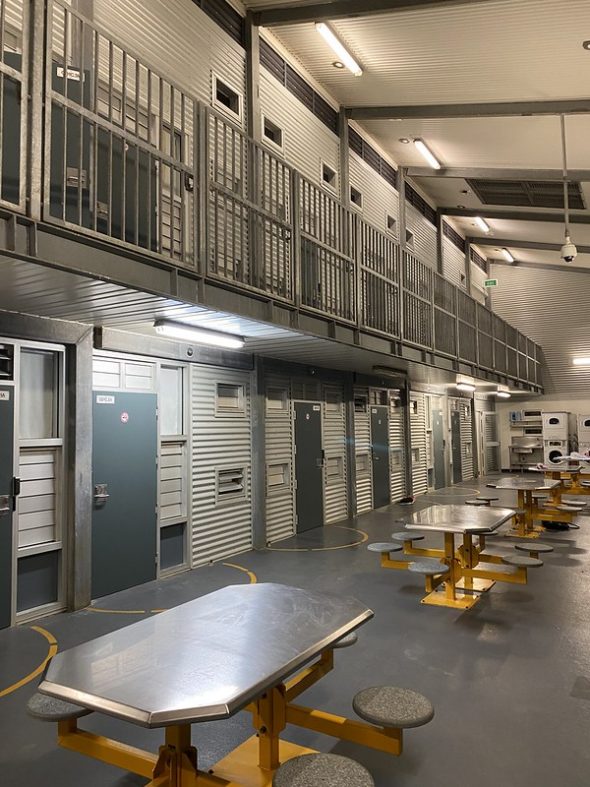 After quick briefing on the facilities in the detention center, where the new residents were also warned about the unreliable Wi-Fi and temperamental weather, each family was assigned to a room where they would spend the next two weeks.

Sun was amazed by the amount of care and detail the staff on the island had put into to make their stay a pleasant one.

“When we got there, they gave us literally everything that we needed,” Sun said.

Each resident was given branded shampoo, deodorant, insect repellent and other day to day necessities. Every day, staff on the island would come and check the temperature of the evacuees and ensure they were feeling okay.

For Sun, the most memorable experience during his time on Christmas Island was when the staff baked and decorated a cake for his younger sister on her 17th birthday. The cake was strawberry flavored and included a hand drawn image of a man with abs on top.

“They also bought her a present,” Sun said. “I think it was a necklace.”

As there was not much to do on the island, he recalled that many residents cured their boredom by talking to the press who harassed them daily on the other side of the barbed wire fences. Sun was extremely surprised when he learned that some of the evacuees had complained to the media about the poor facilities.

“The usual complaints were about the beds and how the internet didn’t work,” Sun said. “But it’s all about your expectation.”

After two long weeks on Christmas Island, with unreliable WiFi and little to do, Sun and his were finally allowed to go back home to Australia.

Sun’s flight to Melbourne arrived just before midnight on a Monday evening.

Being back home after more than two weeks, isolated from the rest of the world, the only thing Sun wanted was to be around people. So, the next morning, he took a train into the busy central business district of Melbourne.

After spending the rest of his summer holidays in Melbourne, Sun is now back in New York City, the new epicenter of the coronavirus, where he has been living and working for just under seven years.

Uncertain of what is to come in New York, he plans to temporarily seek refuge with his housemate in Ohio.

“China is probably better off than America right now,” Sun said. “I feel like wherever I go, the virus just follows.”