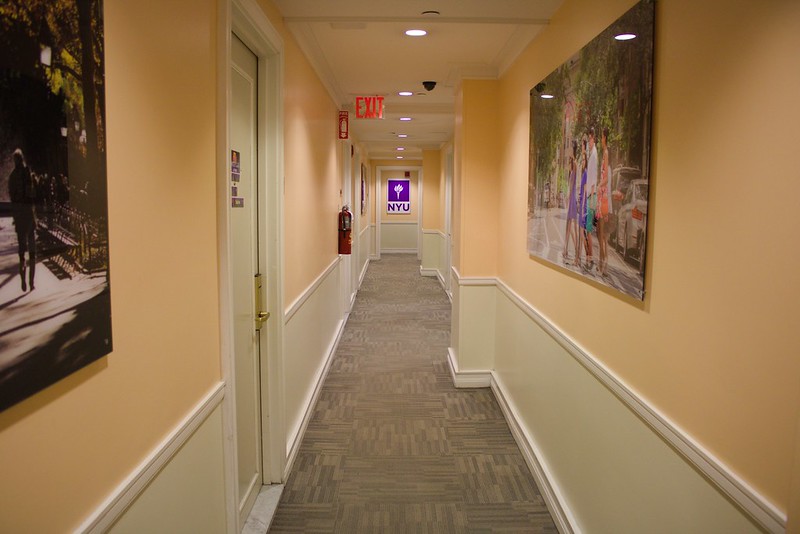 NYU removed all students from their rooms to offer the space as a treatment facility for those infected by Coronavirus. Most of the students have moved out and returned to their hometowns since the rest of the semester will be conducted remotely as online classes. Photo by Ximena Del Cerro.

The hallways at NYU’s residence on 55 Clark Street, Brooklyn, are rarely quiet. The sounds of students coming in and out of their rooms chatting, doors with colorful stickers that read their names on them are swing open and shut close, and the occasional rushed footsteps of someone who is running late as they approach the elevator, are the chorus of the dorm. But on March 2020, those halls went quiet, except for the noise of tape being pulled from a roll and moving boxes being dragged across the floor.

As the coronavirus began to rage in the United States, colleges across the county started taking precautions. Students were told to stay isolated and take classes remotely to limit their exposure.

But then the U.S. government started restricting and canceling international flights and shutting borders.  Schools, like New York University, told students to move out of the dorms. Many international students had to go home. 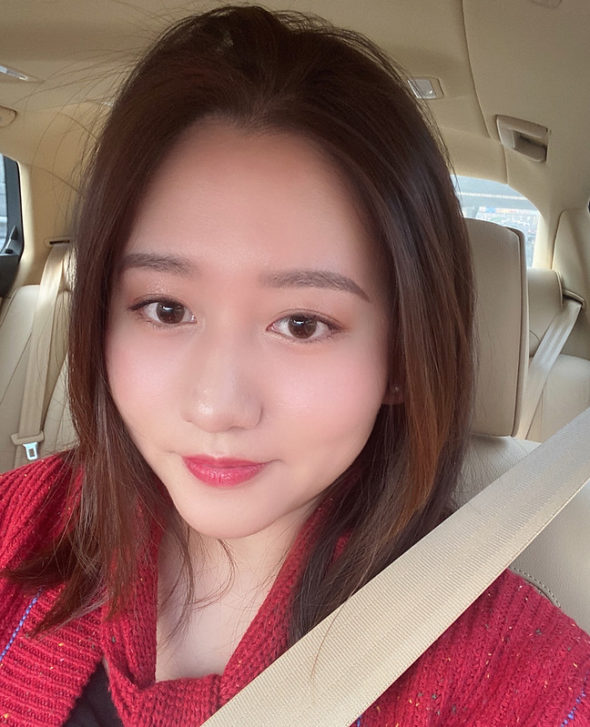 Olivia Rong flew back to her hometown in China, to avoid facing a greater risk of being infected with coronavirus by staying in New York. Photo courtesy of Olivia Rong.

“My parents called me and said the spread of the coronavirus was going to become really severe in the states in a matter of weeks,” said Olivia Rong, a graduate student from Beijing, China, who is halfway through the last semester of her Masters. “They pushed me to buy a plane ticket in early March, and then it became true, the virus is getting really spread out. Flights are now so expensive. I was lucky I flew when I did.”

NYU  has the highest number of enrolled international students in the country.

Rong obeyed her parents’ requests as soon as she could and boarded a non-stop flight to Beijing. But Rong is renting an apartment in the city. Her lease is not up until the end of October. Now she is struggling to find someone to cover her rent and spare her from the expense.

“We will continue to post our information and try to find someone to take over it,” said Rong. “Hopefully, by June, the virus will be under control so that people can live a normal life, and people come to NYC. Then it will be easier.”

China is the largest source of international students in the U.S. making up 40.9% of the foreign enrollments in New York State last year. India ranked second with 16.9%. 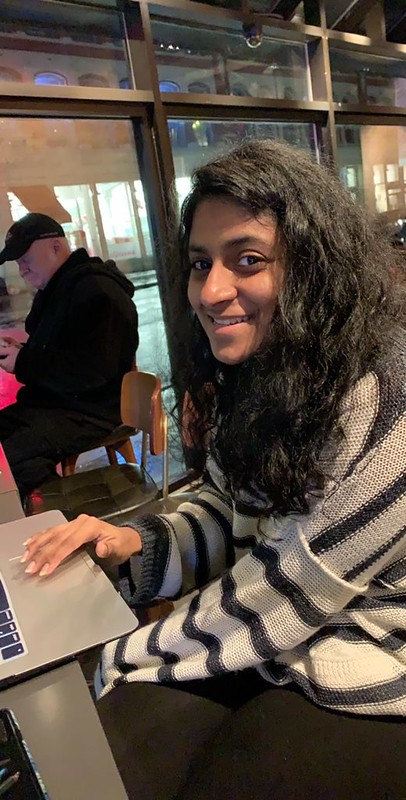 Kajal Maniar flew from New York City to Bombay, India, 11 days ago. Having a pre-existing respiratory condition makes her especially vulnerable to the effects of the coronavirus. She is now in quarantine. Photo courtesy of Kajal Maniar.

“It feels terrible not to be there, and being in quarantine, after everything I had to do to get there,” said Kajal Maniar, a psychology graduate student from Bombay, India. “I remember how tedious the Visa process was. I had to go to an interview, and I remember the officer who conducted it asked me, ‘Are you sure about NYU?’ and I answered, ‘I have never been surer about anything else in my life.”

Maniar lived in the NYU dorms at Washington Square Village until the university removed all students from their rooms to offer the space as a treatment facility for those infected by the coronavirus.

“We received an email saying that we had to leave in a matter of days unless we had a reason that we considered could exempt us from it,” said Maniar. “Since I had no other place to live, for me that meant flying back to India, getting in a plane for 14 hours with people who could have already been exposed, and since I have asthma, getting sick from coronavirus is a greater risk, but they said I still had to leave.”

Maniar flew back home and is now continuing her classes online while staying in quarantine. She plans to be back in the city  for the fall semester.

Everyone who leaves the U.S. is considered to be “high risk”  and is advised to go into absolute isolation for 10 to 14 days. Countries around the world have issued official lockdowns on nonessential businesses and schools.

Sweden is not one of them. The Scandinavian country is drawing global attention by only shutting its high schools and colleges, but keeping its preschools, grade schools, and borders open. Many Swedish students abroad have gone back home. 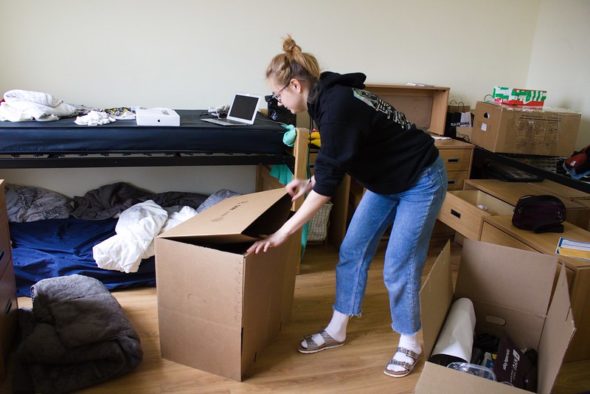 Tanya Kireeva packs her belongings to move out of her dorm at 55 Clark Street, Brooklyn. Like many international students in New York City, she returned to her hometown after the outbreak of the Coronavirus. Photo by Ximena del Cerro.

“I always wanted to live in New York, so I had to save a lot of money and finally put all my life savings towards that,” said Tanya Kireeva, a Swedish undergrad exchange student at NYU who lived at the school’s dorms on 55 Clark Street. “I prepared for two years, and every time I went to bed, I dreamed about that, and every time I woke up, I thought about that.”

As she emptied her drawers and put her belonging in three big boxes marked with her address in Stockholm, she texted friends who she had met in New York.

“First, they said that the classes were going to be online until April,” said Kireeva. “That was disappointing because I had just started being friends with the people I met in my second semester here. Now that we can’t go back to school for the rest of this semester, I’ve decided to go back home to save some of my money since I don’t think to spend it all while in quarantine is worth it. I might come back to New York  to visit, but I won’t come back to study and some people I might not see again.”