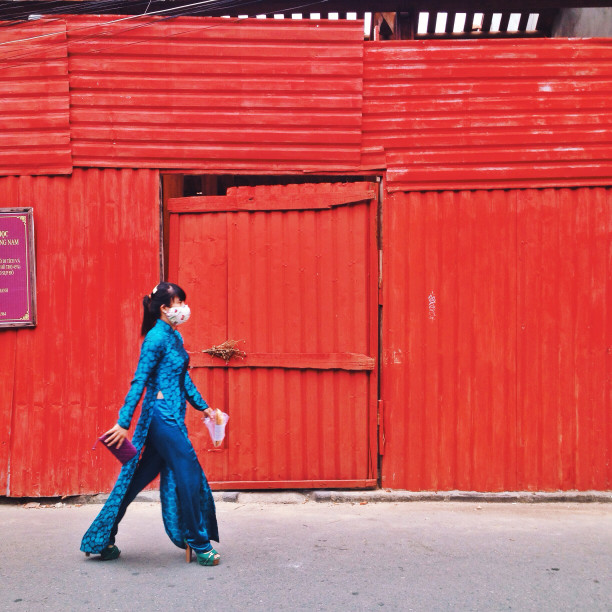 As of March 30, the Southeast Asian country with a dense population of over 97 million people has two hundred and four confirmed cases of COVID-19 and no deaths. Sounds like good news?

Yes, but hold that thought.

The first case of coronavirus emerged in Vietnam around the Lunar New Year in late January, a popular time for Vietnamese people abroad to return home. Since then, the one-party state has received praise globally for quickly recognizing the gravity of the virus and implementing preventive measures early even before the W.H.O declared the coronavirus outbreak a pandemic. This includes closing down schools, sending people who enter the country from hard-hit areas like the U.S and Europe to army-run quarantine camps, (my sister has been in such a camp for almost two weeks now since she flew into Hanoi from Boston), closing borders temporarily in late March, administering tests for people even with mild or symptoms or spreading useful hand washing tips through a catchy tune that’s gone viral on YouTube, TikTok and other Western media (such as this shout-out from late-night talk show host John Oliver).

Early action has proven to be effective in containing the virus as of now, but does this mean Vietnam is out of the woods?

If you take a closer look at what’s actually happening in the country, you might find that the government has only been aggressive in stopping the virus at entry points to the country: airports. There has been very little social distancing imposed nationwide, and current measures still leave out a considerable portion of the public.

The Hanoi City Council only mandated non-essential stores and businesses to close on March 28, with the exception of gas stations, banks, malls, supermarkets and other grocery stores. Schools have been closed from kindergarten through university for the last two months but both government and private employees haven’t been required to stay home or provided with guidelines to work from home (Both my parents still went to work and attended meetings with dozens of people until March 31). Those who are staying home aren’t guaranteed paid sick leave, unless they have certified sickness or in this case, are tested positive for COVID-19.

Signs of continued spread can be observed through the latest lockdown of Bach Mai hospital, one of Hanoi’s top medical centers, putting a strain on the triage system across the city. According to reports from Bloomberg, Prime Minister Nguyen Xuan Phuc has ordered authorities to track down 40,000 people who came in contact with people at the hospital before the lockdown, which will potentially bring up the number of cases reported thus far.

Due to the late commands with regards to social distancing, the impact of this outbreak on small businesses and service workers across the country still hasn’t fully materialized. As Prime Minister Nguyen Xuan Phuc announced on Monday that major cities should prepare for a lockdown, people will soon face the economic consequences if this virus spreads at a much higher rate.

While issuing more directives to control this outbreak, the Vietnamese government has also recently picked up on the international spotlight it has received for taking reasonable actions well before many Western countries even cared to respond. An analysis on Vietnam’s early success published by the World Economic Forum attributes Vietnam’s no-fatality record to its authoritarian regime with “large and well-organized military and security services” as well as “a culture of surveillance.”

This could be perceived as a fallacious endorsement of the Communist Party, without regards to its record of violating human rights and freedom of expression in Vietnam. Not only does the government limit independent media to favor state propaganda, it also cracks down on dissidents and activists who dare criticize the Party by banning their work from being circulated, sending them to jail or in some cases, and forcing them into exile, according to a 2019 report by Human Rights Watch.

Another deep-dive by The Diplomat highlighted how Vietnam’s Communist Party is keeping this pandemic under control: promoting radical transparency of people tested positive for the virus by making public the identities of the infected—their age, travel itinerary, occupation as well as how they contracted the virus. The article shows that those who disobey enforced quarantine will face harsh criticism on social media and in the news.

Speaking of infringing on human rights, should we forgo individual’s rights to private medical records during this extraordinary time for the supposed public good? Does publishing exactly who got the virus without one’s consent help mitigate this crisis?

Although public health is at the top of the news at the moment, and it’s undeniable that Vietnam has executed commendable actions to manage the outbreak, we should not perfunctorily applaud the country’s one-party system as if this government structure has always worked for all of its citizens in every aspect. Celebrating a one-party system in the middle of a global outbreak might inadvertently serve as gratuitous approval for such a regime.

Until we flatten the curve and treat active cases successfully on a much larger scale, let’s keep fighting this battle collectively because one country’s victory doesn’t automatically mean a foolproof model for all.