Life in front of a screen 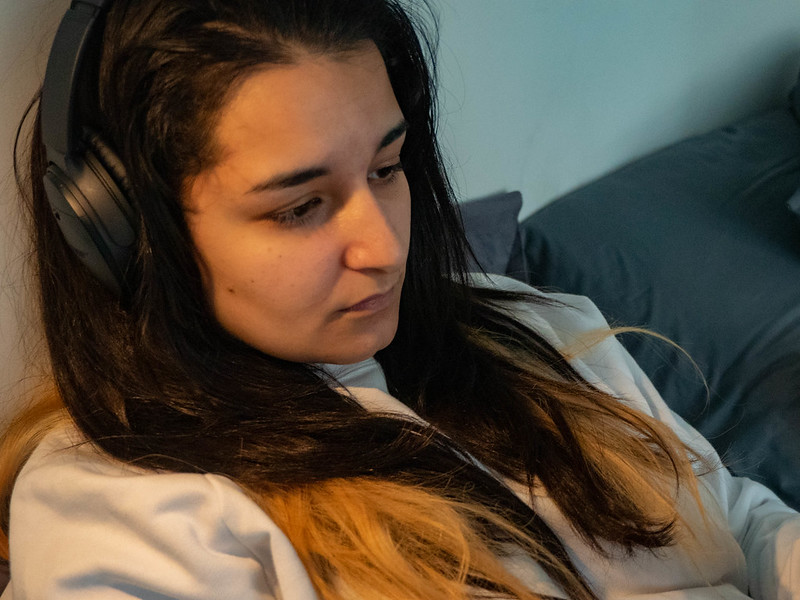 Javiera uses noise-cancelling headphones to zone out and read a book on her Kindle. Photo by Patricio Zenklussen.

A long time ago, I was surfing the internet and found a comic that caught my attention. The illustrations showed the life of a man from cradle to grave. Him being born, playing his first soccer game, getting married, buying a house, raising children, getting old, and finally, dying. The peculiarity of this comic was that each vignette showed, in varying degrees of importance, the presence of death, pictured as the classic Grim Reaper. In the final square, just before the man dies, we see him talk to the cloaked figure: “OK. I’m ready, now”.

Due to the COVID-19, most people’s lives have changed. Complete routines have shifted to fit the required social distancing policies imposed by authorities. Activities have been adapted to be done inside our homes. Home and office are difficult to distinguish. Friends are either a virtual concept, or memory.

And meanwhile, in the middle of all this, a figure has been present, watching us all along: the screen. Unceasingly, and even more than before the virus, the bright blue lights of our cell phones, computers and televisions have been there, sharing everything we do. With or without our consent, the screens have followed us endlessly since the day we were forced to stay inside. We, of course, have embraced them, just as the character from the comic does in the end.

The following images show the life in front of a screen of Javiera Horta, a journalist that moved to New York City less than 3 months ago to improve her English skills. In them, we see her in her East Harlem apartment going on with her life as normally as she can. She shares with her friends, participates in her classes, dances, plays videogames and reads books. Although, always in front of a screen. 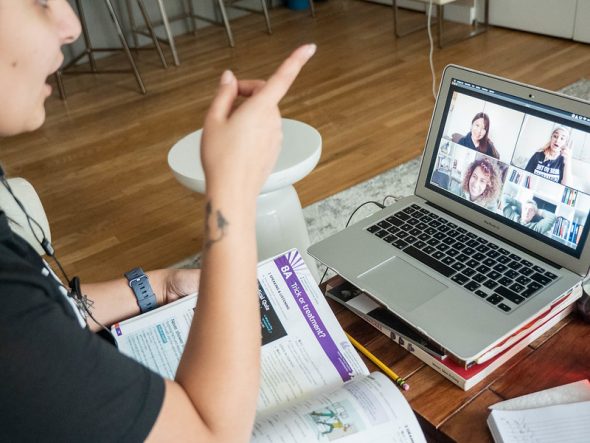 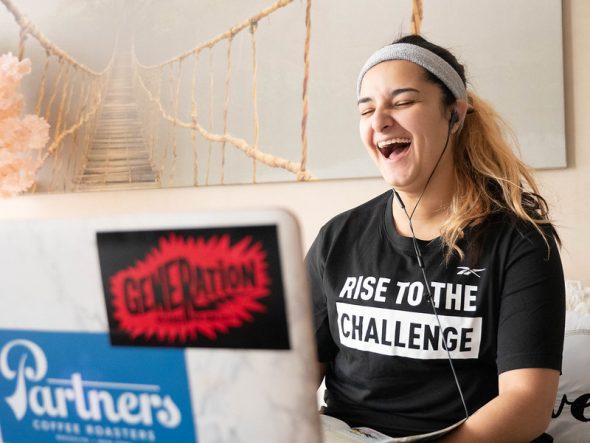 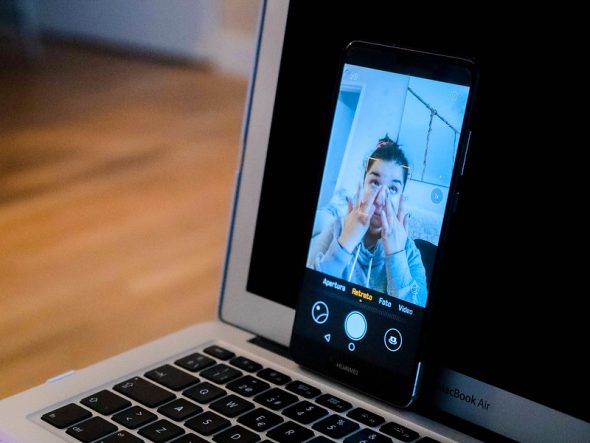 The light in her bathroom is not optimal, so she uses a cell phone camera as a mirror when putting make up. Photo by Patricio Zenklussen 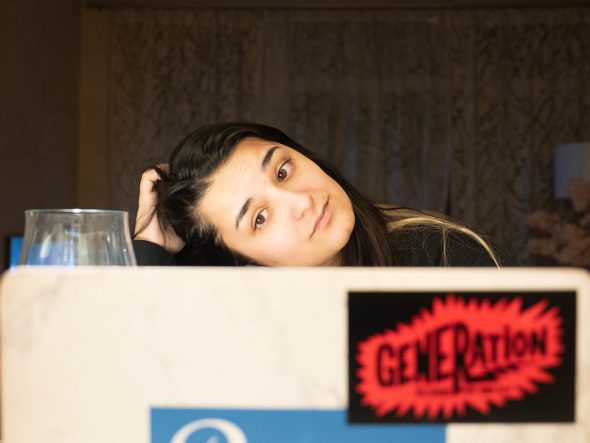 Javiera participates in a happy hour with her friends from Chile. The experience, evidently, is not the same. Photo by Patricio Zenklussen 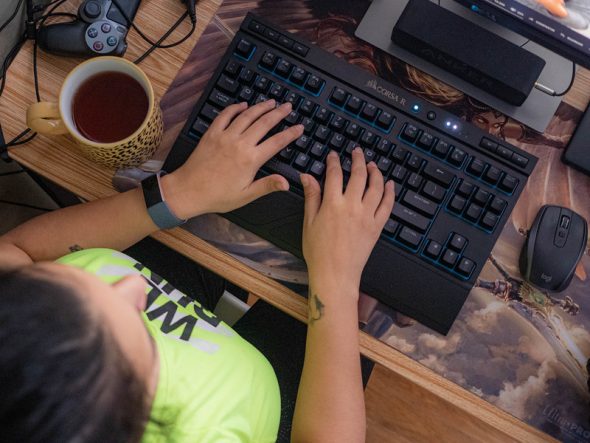 Even when she doesn’t have a formal job, she still collaborates with some companies in Chile. Photo by Patricio Zenklussen 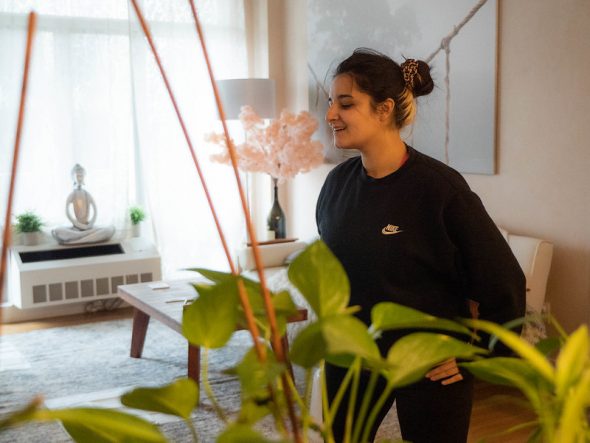 Javiera looks down to her laptop screen as she participates in a free dancing class through Instagram. Photo by Patricio Zenklussen 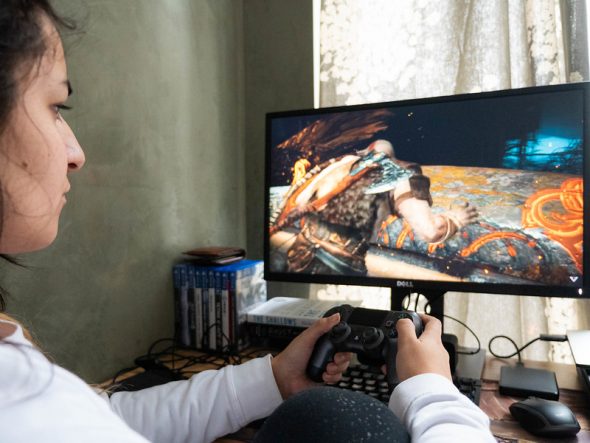 Videogames are a new hobbie for her. Photo by Patricio Zenklussen 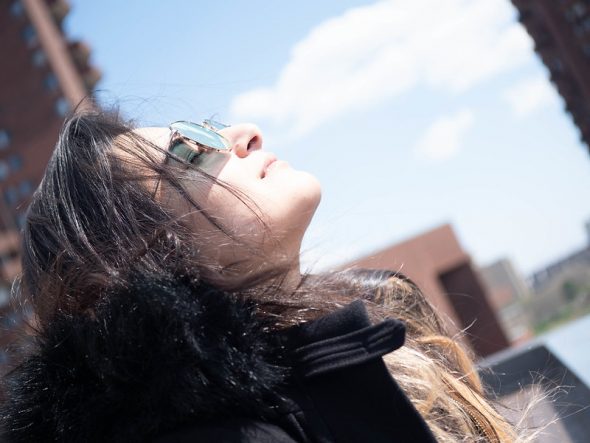 Once in a while, Javiera goes up to her rooftop to get some sunlight and fresh air. This is one of the very few situations in which a screen is not present. Photo by Patricio Zenklussen

This is a project of  Lori Grinker’s  NYU graduate photojournalism class.