Living through the pandemic while a loved one is behind bars 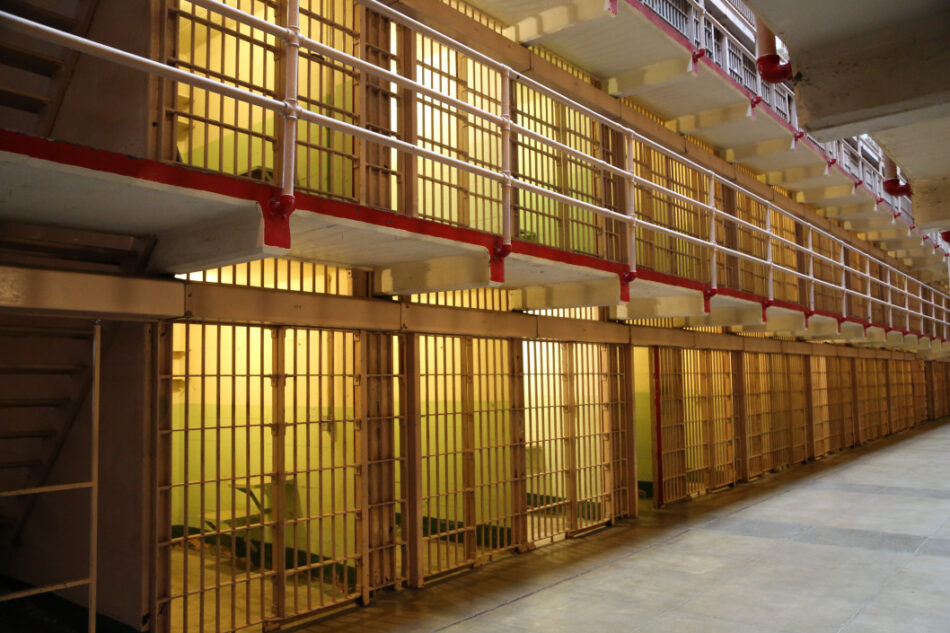 Before the pandemic, she visited Antonio Ramos Cruz every week at Bayamón Correctional Institution 501, in Puerto Rico. But they decided during her last visit that she should stay away from the prison for a while as Puerto Ricans braced for the impending arrival of the novel coronavirus to the island. A few weeks later, on March 15, the U.S. territory went under lockdown and the Department of Corrections and Rehabilitation suspended all visitations.

“It’s a terrible uncertainty,” said Castro, 51. “Every day, I think about him, his safety.”

A minimum-security inmate, Ramos Cruz, 49, shares the same space with nearly 50 men. He told his wife they only get a bar of soap every two weeks or so, they don’t have access to hand sanitizer and they all share a gallon of disinfectant given to them monthly. He mentioned another inmate was making masks out of uniforms, and she urged him to buy one.

With little room for social distancing, she worries the virus could quickly spread among the prisoners as she has seen happen with colds. “If one gets sick there,” she said, “they all get sick.”

Her concern isn’t unfounded. Across the United States, correctional facilities have become hotspots for Covid-19, the disease caused by the novel virus. Seven out of 10 of the largest coronavirus outbreaks in the country have been in prisons or jails as of May 9, according to the New York Times. The Marshall Project calculated that at least 20,119 cases of Covid-19 and 304 deaths have been reported among incarcerated people in the nation as of May 6.

Meanwhile, Puerto Rico’s Department of Corrections and Rehabilitation on Friday said all 8,838 adult prisoners on the island had tested negative for Covid-19.

But Castro doesn’t trust the authorities. After the agency had previously announced that nearly 3,000 inmates had tested negative for the virus, she believed the government could be hiding the true number of coronavirus cases in the island’s 32 correctional facilities.

“Obviously, they’re not going to say there is Covid-19 there,” said Castro, who is a medical technologist. “Then, they’d have to take measures that they don’t want to take.”

Families of incarcerated people tend to distrust the authorities because the prison system represents a negative experience in their lives, said psychologist Julimar Sáez Colón, who has worked with prisoners since 2009. Family members see officials, she said, as people who punish their loved ones and do not have empathy with prisoners, so they believe they are not taking proper care of inmates.

“Although a family member tries to remain optimistic and maintain hope,” Sáez Colón said,  “fear always arises because they have negative experiences with the system as a starting point.”

With visitations suspended, families cannot see for themselves that their loved one is safe. Even if authorities assure them that the incarcerated person is well, Sáez Colón added, family members will feel as if they are being deceived because they cannot validate what they are being told.

Castro’s distrust in the government goes back to 1992, when her husband was sentenced to 297 years in prison. Ramos Cruz and Juan Carlos Meléndez Serrano were found guilty of the 1989 murder of Haydée Maymí and her two young children. But the men claimed they were innocent. In 2017, the court granted the inmates’ request for a new trial after the defense argued there was new DNA evidence that wasn’t presented the first time around. Both men got out of prison on bail, but their freedom didn’t last long. Last year, the Court of Appeals revoked the decision, sending Ramos Cruz and Meléndez Serrano back to jail. The Supreme Court also denied their request for a new trial.

Imprisoned in the early nineties, Ramos Cruz went to jail less than a year after he wed Castro. The couple has been married for 30 years now, but has been together for less than three. They have always maintained his innocence, and they hope the governor will grant him clemency.

“It’s been a 27-year-long fight,” she said. “It would be sad for something to happen to him while he’s in there.”

For lawyer Julio Fontanet, founder and director of Puerto Rico’s Innocence Project, the solution to preventing the spread of the coronavirus in correctional complexes lies in releasing some prisoners, particularly those who are nonviolent and are close to finishing their sentences. Requests for clemency and pardon should be expedited as a measure to reduce the prison population and avoid exposing them to the virus, said Fontanet, who is Ramos Cruz’s lawyer.

People who are in prison or jail, he said, have been forgotten during the coronavirus crisis. “Inmates and people who have been convicted are not of greatest concern to citizens because they committed crimes,” said Fontanet, dean of the law school at the Interamerican University of Puerto Rico. “But the government is for everyone, no matter your history, your past.”

Overcrowding and limited medical resources, he said, make jails and prisons in Puerto Rico a “breeding ground” for the coronavirus. Many incarcerated people have pre-existing conditions, like Ramos Cruz, who suffers from high blood pressure, making them particularly vulnerable to Covid-19. If correctional institutions release some inmates, Fontanet said, they can maximize their resources by concentrating their efforts in caring for those who are left.

“[The Department of Corrections and Rehabilitation] can’t say they have to investigate each case,” Fontanet said. “Corrections has the information it needs on who it can release.”

Early last month, Department of Corrections and Rehabilitation Secretary Eduardo Rivera Juanatey said releasing prisoners is not necessary, but did not rule out the possibility. Puerto Rican Sen. Héctor Martínez recently presented a bill that would allow the secretary to free certain sectors of the prison population.

Governments around the globe have freed hundreds of thousands of inmates as the virus spreads in jails and prisons. In the United States, some states like California and New York have released prisoners during the coronavirus crisis. New York City alone freed 900 inmates by the end of March to curb the spread of Covid-19.

Castro would be calmer if incarcerated people in Puerto Rico were even temporarily released, so her husband can be safe at home during the emergency. “At least let him out with a fetter,” she said. “If you want to put him back inside later, you can put him back inside again.”

For Castro, being unable to see for her husband during the pandemic has been difficult. The couple communicates daily, though. They talk on the phone every day for 15 minutes. But some days he doesn’t call because he knows every 15 minutes add up to about $5 or because something bad has happened and he doesn’t want to worry her. “He doesn’t tell me many things,” said Castro, who mentioned inmates now get two free five-minute calls weekly. “He doesn’t say things that he knows will worry me.”

The limited time incarcerated people have to talk about what has happened to them since they last spoke to their loved one may contribute to him or her feeling sad or frustrated, said psychologist Sáez Colón. With restricted calling hours, she added, inmates are not able to call their families to talk about something that just happened to them, causing them to repress their emotions.

Families of incarcerated people, Sáez Colón said, feel the emotional toll of the situation, too, as they face the uncertainty of what will happen to their loved ones. In situations of crisis, it’s important for families to focus on “the here and now” to feel they have control over their emotions. She said breathing exercises help oxygenate the brain and to calm down.

“When you start feeling sadness or anger or frustration,” Sáez Colón said, “you’re disconnecting from your present moment and focusing on concerns.”

Sáez Colón urged family members of incarcerated people to express their feelings and not suppress their emotions. She said they should identify a person that they can vent to, or write their thoughts and feelings on a piece of paper and rip it or throw it away. She added visualization exercises, like imagining their favorite place, can help family members cope with their emotions, too. It’s important, she said, for families to remember that their loved one is capable of overcoming the crisis.

“One has to trust,” Sáez Colón said, “that the loved one in prison is going to be prudent and knows how to make decisions that help them stay safe to avoid getting sick even within the risks.”

“I can do nothing, but trust that God will protect him there and that nothing will happen to him,” she said.

The Department of Corrections and Rehabilitation could not be reached for comment.