New York schools shut for the rest of school year 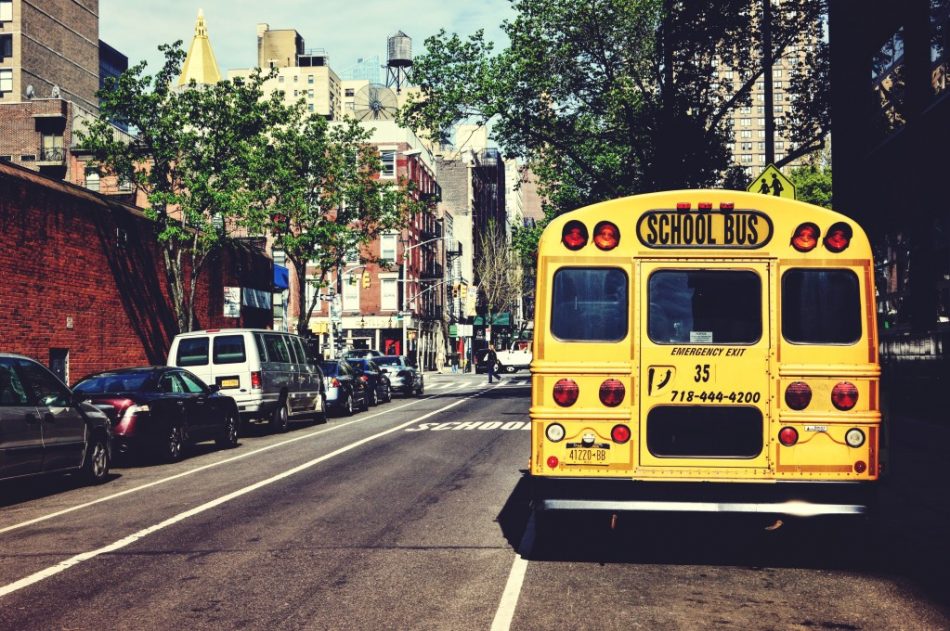 A school bus is parked on a New York City street. Photo by @angie.rentzou via Twenty20

New York state will not  reopen schools Governor Andrew Cuomo said in a press conference today. Distance learning will continue in order to protect both students and educators.

“How do you operate a school that’s socially distanced, with masks, without gatherings with the  public transportation system that has a lowered number of students on it. How would you get that plan up and running?” Cuomo said.

The decision on summer school programming will not be made until the end of May.

“Nobody can predict what the situation is going to be three four weeks from now. So we’re trying to stage decisions, add intervals that give us the information but also enough time for people to make the preparations they need to make,” Cuomo said.

No decision has not been made for the fall, but the state will be approving plans to reopen schools that include safety measures for students and staff.

“They should start preparing their plans now, because this is going to be a real exercise,” Cuomo said.

Cuomo told reporters that schools should begin to think on how socially distancing can take place in classrooms, buses, cafeterias and dorm rooms.

“We want schools to start now developing a plan to reopen,” he said. “The plan has to have protocols in place that incorporate everything we are now doing in society and everything that we’ve learned.”

The state closed all K-12 schools on March 18th. Colleges and universities  also moved to social distancing learning. Campuses closed on May 19th except for students who were dependent on student housing.

According to Cuomo there are 4.2 million K- 12 school  students in New York. In addition there are 89 state and  city college and university campuses with 700,000 students. And over 100 private colleges with 500,000 students.

The schools by definition have higher density and have transportation issues, Cuomo said.

New Jersey has not made a decision on the reopening of schools. The decision will most likely be shared next week, said Governor Phil Murphy.