New York’s numbers are decreasing, but “happy days are not here yet” 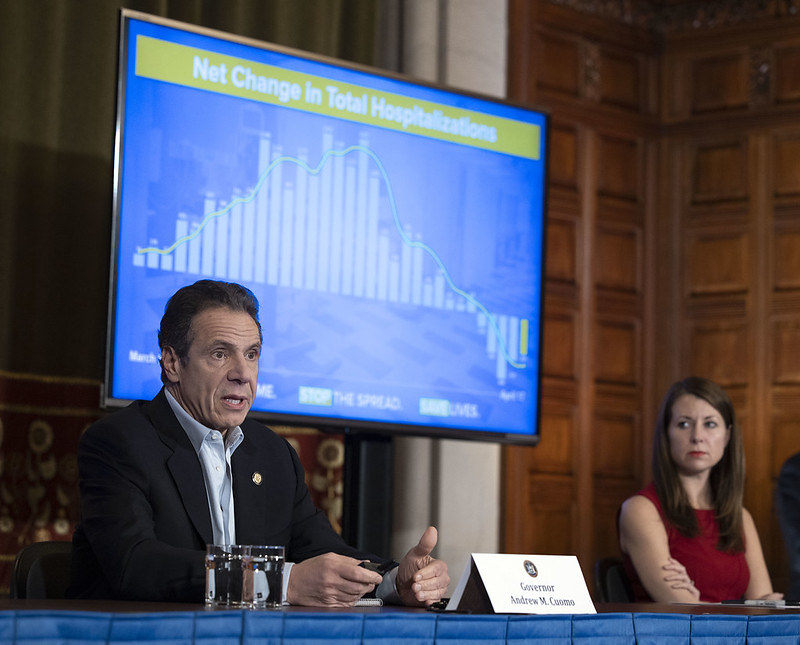 New York State’s numbers of confirmed cases of infection and deaths per day have gone back down to March’s figures. Photo: Courtesy of governor.ny.gov

For the past three days the amount of new confirmed cases of infection, new hospitalizations, and deaths have been smaller than in previous weeks in New York State. Since the outbreak, the state has registered more than 222,000 people infected, 14,636 deaths, and more than 17,000 people have recovered.

“You could argue we are now past the plateau and we are starting to descend,” said Governor Andrew Cuomo in today’s press conference. “Hospitalization numbers are down. We were hovering around 18,000, We are now at 16,000, almost 17,000.”

New York continues to be the hardest-hit state, followed by New Jersey, Massachusetts, and Michigan, which are also believed to have passed their peak of infections. However, Governor Cuomo warns the danger in New York has not passed.

“Happy days are not here again,” said the governor. “We still have about 2,000 people since yesterday who were new admissions to a hospital or new COVID diagnosis.”

And yesterday 540 people died in the state.

As many states have started to prepare for a cease of the lockdown, Cuomo called out for help to the federal government in order to start planning for the future.

“If you want us to reopen, we need funding,”  Cuomo said 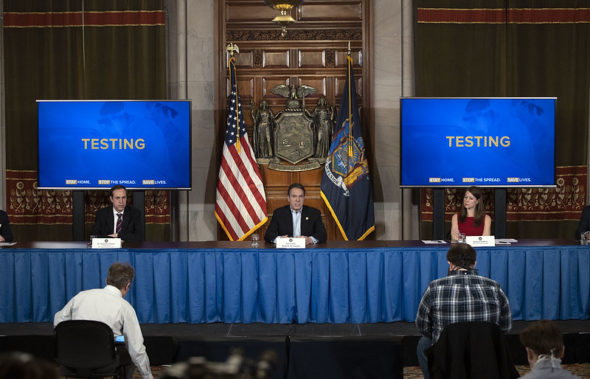 But Trump said that is already happening  The federal government sent 1.5 million cloth masks to the state to be distributed to the public.

“My administration has been speaking frequently with many of the governors to help them find and unlock the unused testing capacity that exists in their states,” said Trump.

As hundreds of citizens have taken the streets to protest the lockdown in different states, the president announced some states have advised non-essential businesses to prepare for a phased opening starting May 1st or even sooner.

Given how the curve of infection in each region of  New York State has developed, Cuomo said the state’s approach to ending the lockdown will be different.

“When we look at this state and we talk about reopening, we are going to talk about different strategies in different parts of the state,” said Cuomo.