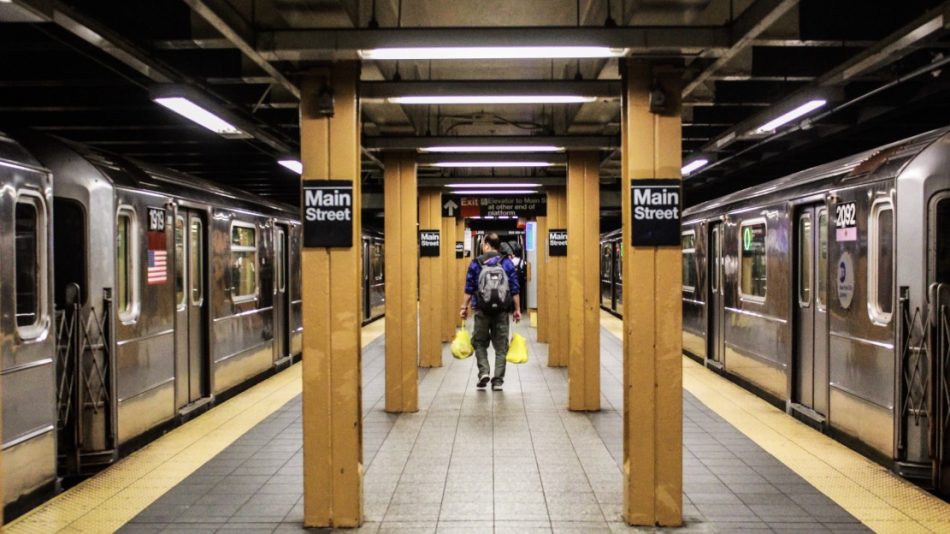 New York City’s subway will shut down daily to get a deep clean. Photo by @alexdgarcia15 via Twenty20

The USNS  Comfort left New York City today, as hospitalization rates went down and deaths began to drop in the state. President  Donald Trump and Governor Andrew Cuomo decided Tuesday that the ship should be sent elsewhere.

Cuomo said today that increase in contact tracing will determine when the state can begin to ease stay-at-home orders.

He said that ‘New York State on Pause’ will likely continue after May 15 in some parts  of the state.

There will be a contact tracing program led by former Mayor Michael Bloomberg. But with people testing positive in the thousands, Cuomo said they will need to organize an army of tracers.

“We are building a tracing army,” he said. “We will draw tracers from state, city, and county Health Departments and other employees.”

He announced that Michael Bloomberg will team up with John Hopkins University in hiring contact tracers. They will be developing an online curriculum and training program, and to be a tracer you must pass an exam.

Mayor Mike Bloomberg joined the press conference and said that Bloomberg Philanthropies, along with the New York State Department of Public Health, will be working with organizations to build the group of tracers. They are joining CUNY and SUNY schools to hire applicants in the medical field. Bloomberg announced that they will also build technology that can help people throughout the world increase contact tracing.

“We will also use three smartphone apps, to help people report symptoms that people may be experiencing,” Bloomberg said. “That way the work we do here can help people globally.”

Cuomo also announced that the New York City Metropolitan Transportation Authority will close from 1 a.m and 5 a.m. to ensure that trains and buses are disinfected for essential workers. The MTA will also disinfect the Long Island Rail Road and Metro-North but without service disruption.

This is an unprecedented action by the New York State government that hasn’t closed the subway system since Hurricane Sandy in 2012. The MTA will begin to close on May 6, but Governor Cuomo ensured they will provide bus services and rideshare programs for essential workers during the closures.

“We thank essential workers. We are doing everything we can to keep you and your family safe. They are on those trains. They deserve to be kept safe,” Bloomberg said. “They deserve to have a clean, safe ride. We are gonna move heaven and earth to make sure that happens.”

President Donald Trump met with New Jersey Governor Phil Murphy to expand coronavirus testing and create a plan to recover the economy. Murphy unveiled ‘The Road Back’, a six-pronged plan to relieve New Jersey’s economy through public health which will be dependent on contact tracing.

Murphy also announced on Twitter that New Jersey will be receiving 550,000 coronavirus testing kits and 750,000 testing swabs from the Trump Administration.

The number of cases in New Jersey is second to New York, with nearly 119,000 confirmed cases, and almost 8,000 deaths.

“We need the federal government as a partner in our restart and recovery, just as they have been in our mitigation,” Murphy said on  Twitter. “I look forward to our continued partnership.”

Governor Gavin Newsom will be closing beaches in Orange County, in Southern California, because of residents crowding its beaches.

Since the surge of beachgoers, the cases in Orange County have risen to nearly 2,400. In Los Angeles County, the cases have risen to a whopping 23,000. In response, Governor Newsom reacted strongly with new regulations.

“This virus doesn’t take the weekends off,” Newsom said to the Los Angeles Times. “The only thing that will set us back is people (not practicing) physical distancing. … That’s the only thing that’s going to slow down our ability to reopen this economy.”

In the Bay Area, six counties plan to keep the stay-at-home orders until the end of May, but officials may ease some restrictions.

California has the fifth highest number of cases in the US, with almost 50,000 cases and almost 2,100 deaths.