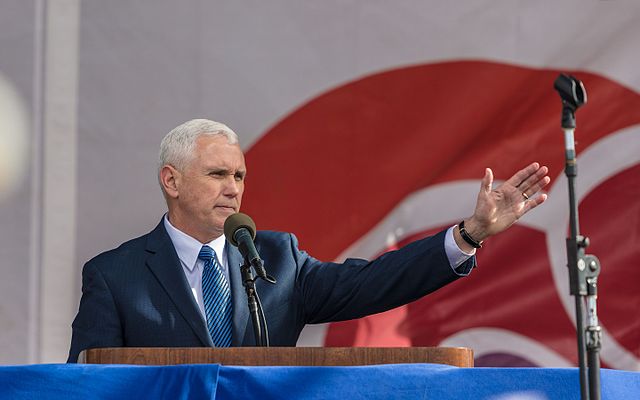 Miller who also handled communications for the coronavirus task force said she was asymptomatic, according to NBC News.

Pence was delayed for nearly an hour for this trip to Iowa this morning. Six Staffers who had contact with the infected aide were removed from his plane, according to a senior administration official.

The confirmation came one day after the news that a personal valet for President Trump tested positive for the virus.

As of Friday, more than 75,000 Americans have died of Covid-19, and more than 1.2 million have tested positive.

“We are finally ahead of this virus,” Cuomo said.

For the first time since the pandemic outbreak, New York Governor Andrew Cuomo declared on Friday that his state is finally ahead of its battle against the coronavirus.

“Now I feel for the first time we’re actually ahead of it. We have shown that we can control the beast,” Cuomo said.

He also predicted the state to “see a steady sharp decline” in new hospitalizations, which are still around 600 a day.

Cuomo urged residents to stay cautious as another wave could hit in the future.

NY Pause, the name for the state’s stay-at-home measures, will still continue until May 15, Cuomo said.

America’s most populated state California is taking the first significant step to reopen its economy on Friday by easing restrictions for certain businesses.

Select retailers such as clothing, flowers, furniture and books can reopen to curbside pickup and delivery options. In-store shopping is still not permitted.

Friday’s move is the first of two phases in “Stage 2″ of the state’s four-part reopening plan.

In hard-hit Los Angeles County, the state’s epicenter, Mayor Eric Garcetti warned that reopening is not “the flipping on of a switch.”

On the other side of the world in Shanghai, China, people can not wait to jump at a chance to visit the amusement park for the first time since the COVID-19 outbreak forced the park to close on Jan. 25.

Tickets for Monday’s reopening of Shanghai Disney sold out within minutes, according to NPR.

The park’s officials said that visitors will be required to wear face masks at all times unless they are eating.

There will be no selfies with famous Disney characters and crowd-oriented features, such as children’s play areas and theater shows, will remain shut down.

“I screamed when I got the ticket,” Shanghai resident Shuwen Chen said. “I’ve been waiting for months to hang out with my friends at Disneyland.”

The park usually sees around 80,000 visitors per day, according to CNBC, but the government has mandated Disney operate at 30% capacity.