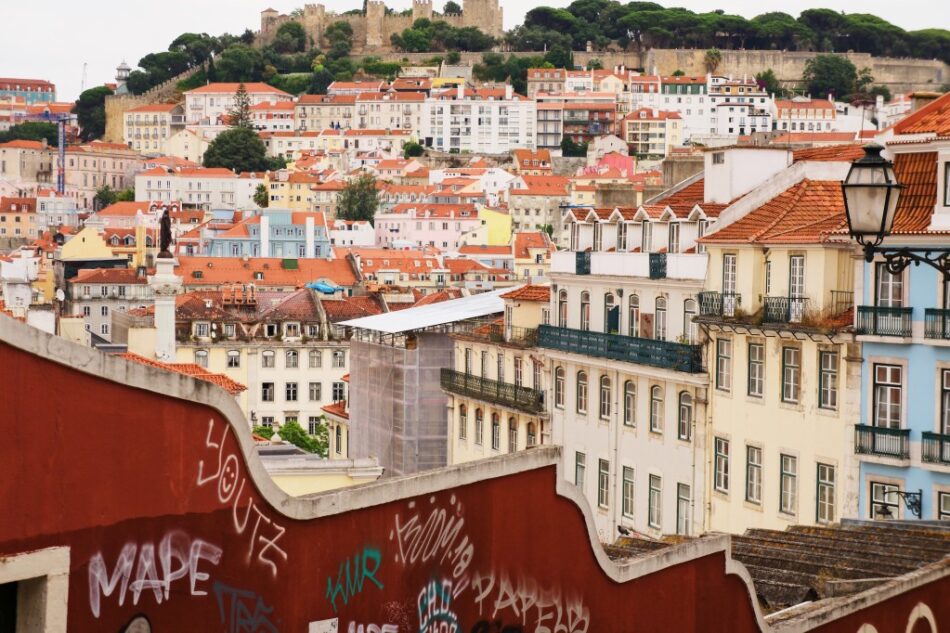 Portugal has been able to contain the coronavirus outbreak. Photo by @sashapritchard via Twenty20

Portugal and Spain share an open border at the western most point of Europe. Yet they have fared quite differently in the face of the coronavirus pandemic. While Spain’s population is close to five times bigger than Portugal’s, the number of deaths from COVID-19 is over 20 times as high.

Spain declared a state of emergency on March 14, only four days before Portugal followed suit. And while they ramped up containment measures in a similar timeline, their situation was already disparate: Portugal had only three deaths due to COVID-19, and Spain had 84.

In other words, Portugal responded to the coronavirus before the situation got out of control. The country benefited from a later arrival of the coronavirus, with an estimated lag of between a week and a half to two weeks, according Filipe Froes, lung specialist and advisor to the country’s department of health.

“These days of preparation were precious,” he said.

They allowed Portugal to assemble a response strategy for the national healthcare system, before it could be overwhelmed with coronavirus cases. In fact, the country never even reached a state where hospitals became overwhelmed with the number of patients.

Portugal established a primary health care network, which sorted through cases, only allowing the most serious ones to go to hospitals, effectively controlling the inflow of patients and allowing hospitals to manage them with ease.

Froes gave the following example: if 1,000 people are sick, maybe 800 will have slight symptoms and 200 will need to be admitted, and of those maybe 50 will need to go to the intensive care unit. But in order to get to those 50, the hospital would still need to go through 1,000 patients.

“If you don’t see 1,000 and see, for example, around 300, you have a much better capacity of identifying the 50 that are going to intensive care,” Froes said. “That’s what we did.”

The strategy itself is not groundbreaking, he stressed — more importantly, the timeframe in which it was implemented was key. Both countries took action “practically on the same day”, around mid-March, but the case count at that point was much lower in Portugal, which only saw its first confirmed case on March 2.

It also allowed for time for hospitals to increase their intensive care unit capacity.

“In my hospital [Hospital Pulido Valente, to which he is Head of Intensive Care Unit], we went from 20 to 60 or 80 beds, which at the time aren’t even fully occupied,” he said.

Ricardo Mexia, a public health doctor at the Department of Epidemiology of the National Association of Public Health Doctors, said that Portugal wasn’t particularly well prepared to take on this pandemic.

“We had the fortune of being affected later. We ended up having the opportunity of buying some time, so that everything could work and measures were put in place earlier,” he said. “This avoided an exponential growth, it avoided a situation in which our national healthcare system would have to respond beyond its capacity, like it happened in Spain.”

It’s also relevant to look at the way the outbreaks started in both countries, he said. While Madrid has a much more complicated situation than the rest of Spain, we can also see that the southern region of Alentejo, in Portugal, with its low population density, has a much lower number of cases.

The virus hit both countries in very distinct ways.

“Both in Italy and in Spain, the beginning of the [pandemic] activity was very explosive,” Froes said. “It happened in multiple outbreaks simultaneously, in various places.”

In Spain, early on, the virus hit a more susceptible part of the population, he said.

“When an outbreak involves a hospital or a nursing home you have the conditions for a faster dissemination in a very fragile population, that is then going to need a lot of health care,” he said.

Meanwhile, in Portugal, the initial outbreak had been traced back to a group of businessmen that had traveled back from a trade fair in Milan.

“It is a younger age group and a group that is not as tied to chronic illnesses,” he said. “Therefore, healthier people. And those people don’t attend health institutions and most likely didn’t go to nursing homes.”

All and all, experts agree, that the contrast between Portugal and Spain is most likely due to timing, combined with the government’s capacity to make use of that time and implementing the measures that needed to be put in place. In the future, more information will fill in some of the blanks, and allow them to draw more permanent conclusions.

“I think that up until now the population in general was compliant and showed proof of great civism,” he said.

Some other factors have been pinpointed as potential variables. The rate of BCG vaccination, for example, is higher in Portugal than it is in Spain. And some studies have suggested (while not confirmed) that this vaccine — which protects against tuberculosis — might also have a protective effect towards complications developed from COVID-19.

Others have also pointed out how in Portugal different political parties have put aside their differences and banded together in the fight against COVID-19. The leader of the biggest opposition party (PSD) made his support clear when the state of emergency was declared, speaking in front of parliament.

“It’s important that the country knows that [our party] PSD supports the government in this battle,” he said. “Mr. Prime Minister, count on the collaboration of PDS.  With everything we can, we will help. I wish you courage, nerves of steel and a lot of luck. Because your luck is our luck.”

Meanwhile, the Spanish government has been hindered by political fighting with the right wing opposition parties. Prime Minister Pedro Sánchez has not been able to count on the support of other political leaders, in a country characterized by a starkly polarized political field and disunion among its people.

As of early May, the number of confirmed cases in Spain reached over 224,000, while Portugal has over 27,000. Both countries are now taking their first steps to reopen the economy.