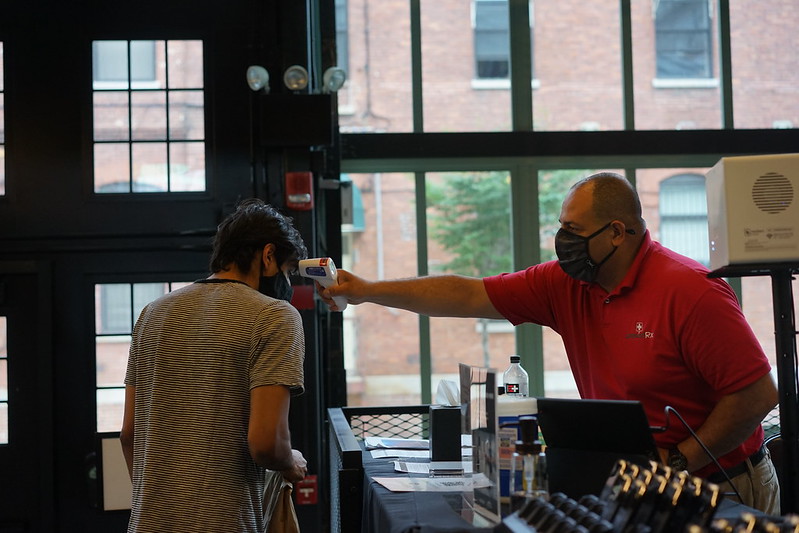 As New York City sees a declining number of new cases, hospitalizations, and deaths, a tech lab in Brooklyn and an apartment building in Long Island City show the “new normal.” 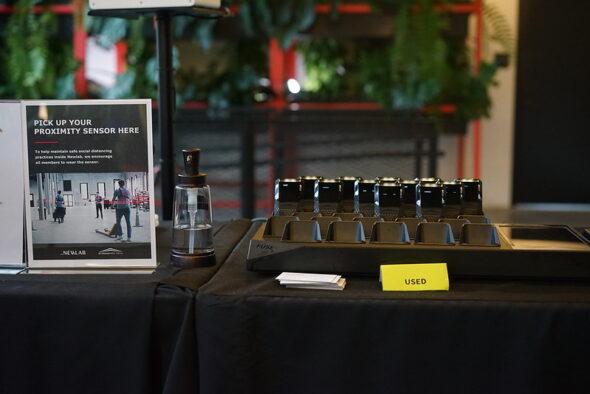 Employees at Brookyn’s New Lab could choose to wear a “proximity sensor” that buzzes whenever other colleagues get closer than 6 feet. Wearing a sensor is optional. Photo by Joanna Lin Su 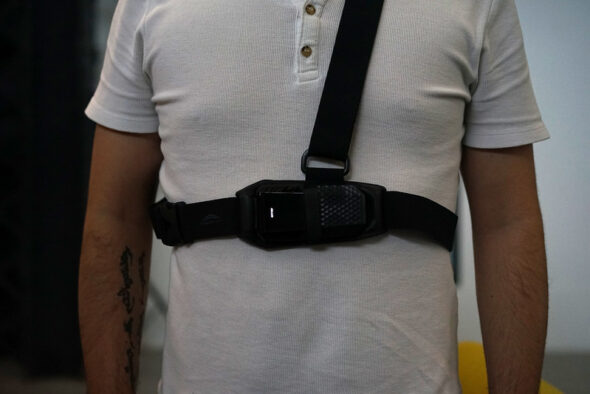 Brooklyn’s New Lab employees can wear a proximity sensor, which is locked into a chest harness. It gives out a vibration feedback if participants get too close to each other. This could be escalated to auditory alerts if two people are walking within six feet of each other. Photo by Joanna Lin Su 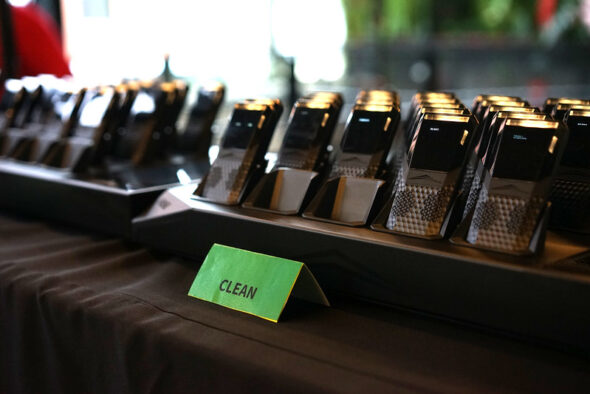 At the front desk of New Lab in Brooklyn, the proximity sensors are separated into “clean” and “used”. Movement data is collected and analyzed by the company for future prevention. Photo by Joanna Lin Su 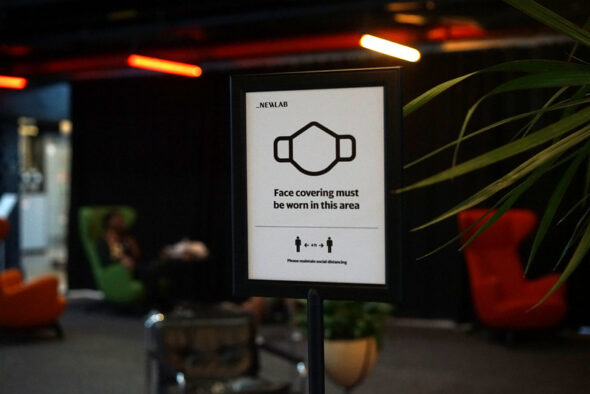 At New Lab in Brooklyn, face covering is required in common areas. Signs are set up for keeping people bearing “social distancing” in mind. Photo by Joanna Lin Su 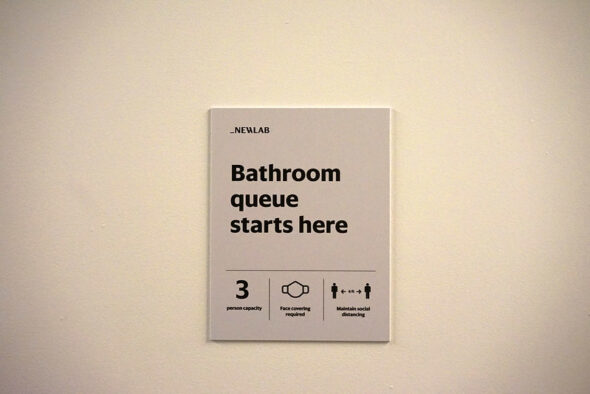 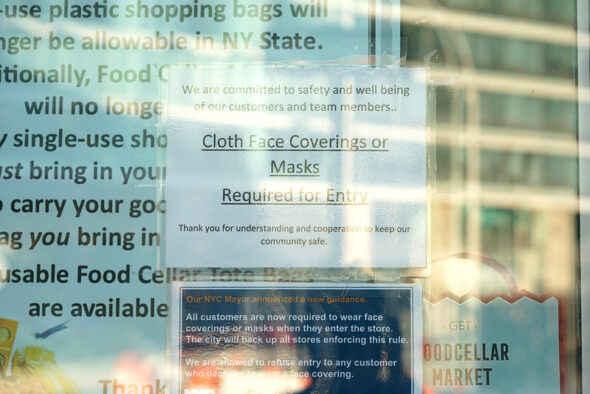 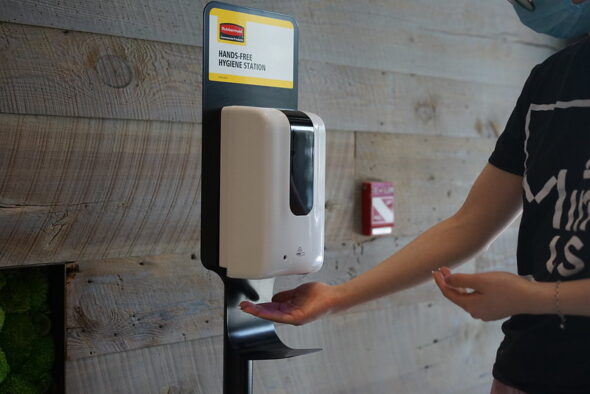 Hygiene stations are set up in the common area at an apartment building called “Watermark” in Long Island City. Photo by Joanna Lin Su 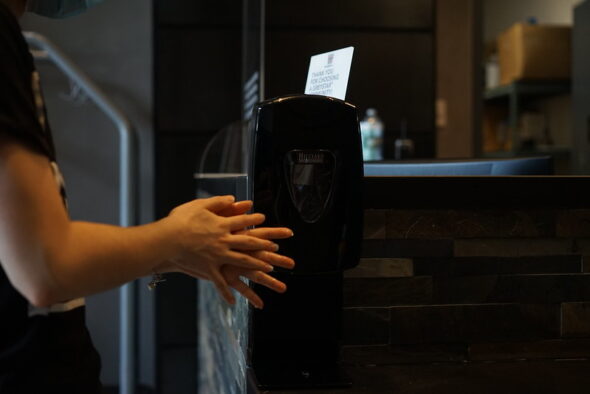 A person sanitizes their hands at the hygiene station at the Watermark building in Long Island City. July 7. Photo by Joanna Lin Su 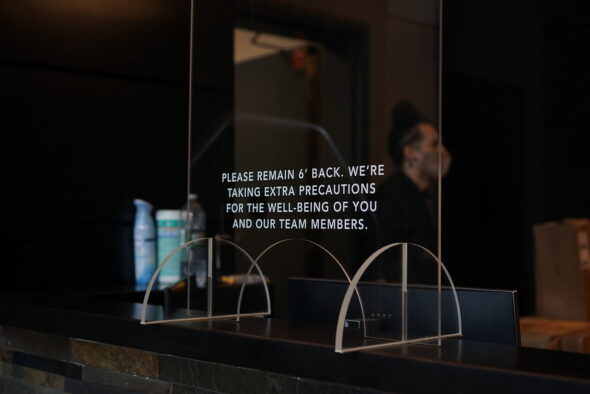 Beijing is China’s new epicenter for the coronavirus

Michigan hair salons are back in business

The East Village is open! Well, sort of

My trip home during the pandemic

On the frontline of two deadly viruses

Venezuela has another obstacle: the pandemic