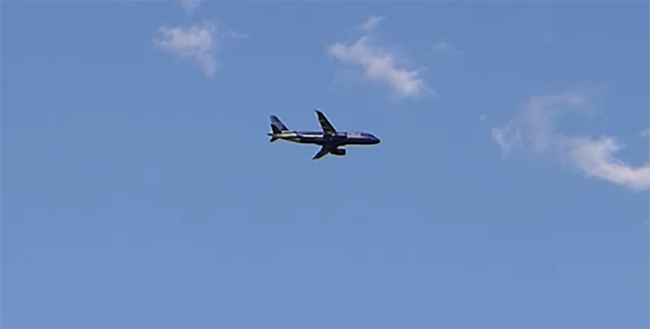 New York Gov. Andrew Cuomo today extended a statewide rent moratorium on residential and commercial evictions through August, and vowed that no one in the state will be evicted for being unable to pay rent during the coronavirus pandemic.

“I hope it gives families a deep breath,” he said during his daily coronavirus briefing. “Nothing can happen until Aug. 20. And then, we’ll figure out between now and Aug. 20 what the situation is.”

Cuomo added that officials will ban late-payments or missed-payment fees during the eviction moratorium and will allow renters to use their security deposit as payment.

Last week, protesters called for Cuomo to cancel rent for New Yorkers facing financial hardships due to the pandemic. Tenants rights groups and nonprofits across the country have rallied to halt rent and mortgage payments, holding online and in-person protests and using the hashtag #CancelRent on social media.

So far, New York has reported over 332,900 Covid-19 cases and more than 26,200 deaths. The rate of hospitalizations and intubations in the state have gone down, said Cuomo. The governor said the infection rate of healthcare workers is about the same or lower than the general population, according to data from Westchester, Long Island and New York City, the epicenter of the coronavirus outbreak in the U.S.

This evening, JetBlue flew three planes approximately 2,000 feet above New York City to salute health-care workers, law enforcement and firefighters as part of the citywide initiative Clap Because We Care.

The New York-based airline, however, was met with backlash as New Yorkers who pointed out the city’s history with terrorism. During 9/11, the deadliest terrorist attack in the U.S., two low-flying planes crashed into the World Trade Center, leaving over 2,700 people dead.

JetBlue tweeted a reminder for the flyover this morning, and users did not hold back, calling the initiative a “terrible idea” and pleading the airline to not go ahead with the plan.

Rep. Alexandria Ocasio-Cortez said, “Nothing like a corporate PR campaign that burns jet fuel at low altitudes over vulnerable communities dying from a respiratory virus that compounds on our preexisting and disproportionate exposure to air pollution to show healthcare workers we care.”

But not everyone agreed.

It was a beautiful sight seeing our NYPD flag flying high in the sky during tonight’s flyover salute to healthcare heroes & first responders! 🇺🇸 pic.twitter.com/0BE68zRveC

“At some parks, just the configuration of the park lends itself to overcrowding,” de Blasio said during a briefing. “We can’t let that happen and we have to limit the number of people going in.”

He did not provide specifics of the plan or mention which parks would be shuttered, but said details will be announced tomorrow. Playgrounds within parks had already been closed.

New Yorkers recently flocked to parks amid the warm May weather after spending weeks indoors to prevent the spread of Covid-19. De Blasio said he directed police officers to prioritize breaking up large gatherings and enforcing social distancing norms.

In Brooklyn, almost every person arrested for not social distancing has been black or Hispanic, according to the New York Times. The burrough’s district attorney’s office said that, from March 17 through May 4, 40 people had been arrested. Of the arrests, 35 were black, four were Hispanic and one was white.

At the White House, President Donald Trump today said his staff will be tested daily for Covid-19 after a member of the U.S. Navy who works as one of his personal valets tested positive for the virus.