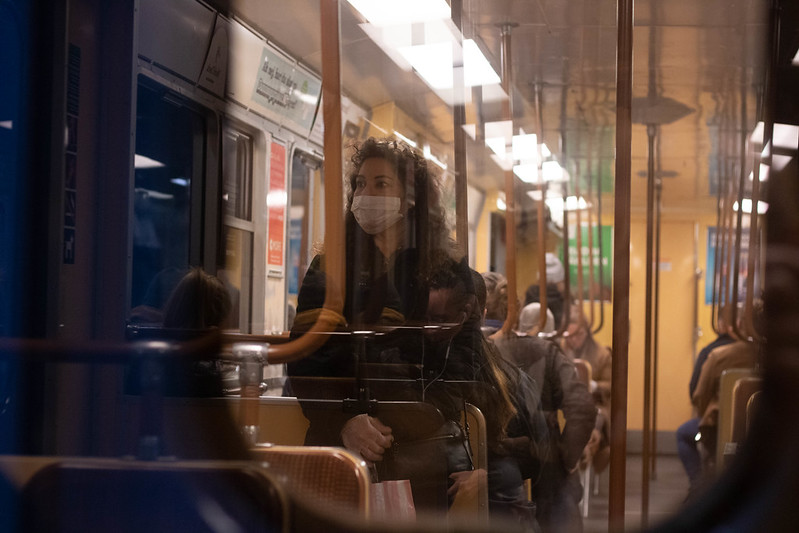 Public transport now runs on a weekend timetable which means a reduced amount of trains during morning rush hour. Even though people are advised to avoid traveling and keep a physical distance of 5 feet, it hardly helps to reduce the amount of travelers. April 15, 2020. Photo by Tatiana Kireeva

Swedish strategy in fighting coronavirus is completely different from those adopted in other countries. The deaths per million is higher than in the U.S. but the response hasn’t been as aggressive. Sweden has left its schools, gyms, cafes, bars and restaurants open.

There have been only recommendations, no orders, from health authorities on hand washing, social distancing and protecting people over the age of 70 by limiting contact with them. Swedish government issued a ban on public gatherings of more than 50 people. The ban includes demonstrations, religious practices, concerts, theatre and movie shows.

Also the government advised to stay at home when showing symptoms, work from home when possible and avoid unnecessary travel. Despite the recommendations, many are still going out.

This is Stockholm during COVID-19. 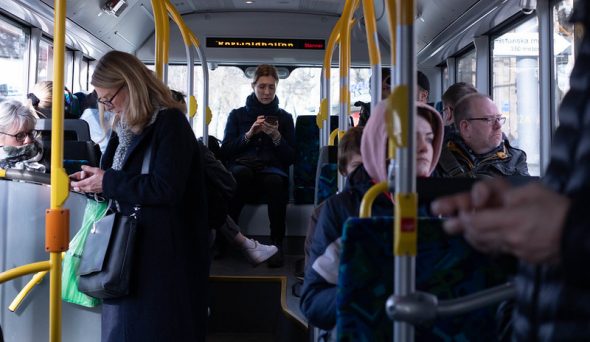 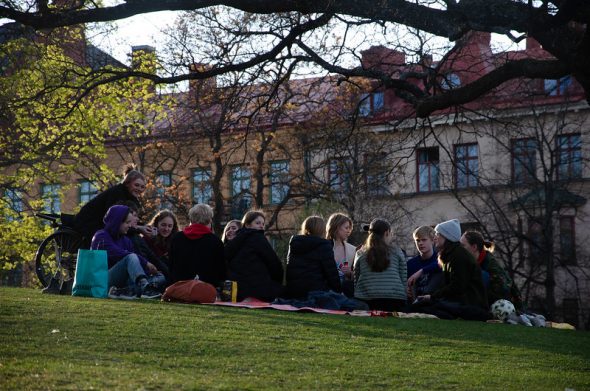 Since the ban does not include gatherings in public transportation, shopping malls, or parks, many choose to meet outside. April 26, 2020. Photo by Tatiana Kireeva 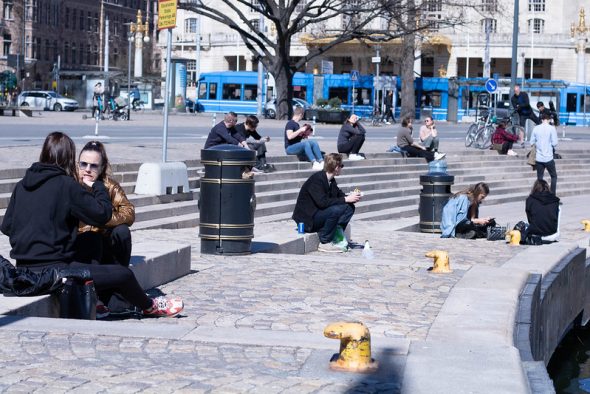 Social distancing during lunchtime on the first warm days. Due to the cold winters and a short, sometimes only 5-hour daytime, Swedes are eating and sitting outside as soon as the first sun comes out. April 22, 2020. Photo by Tatiana Kireeva 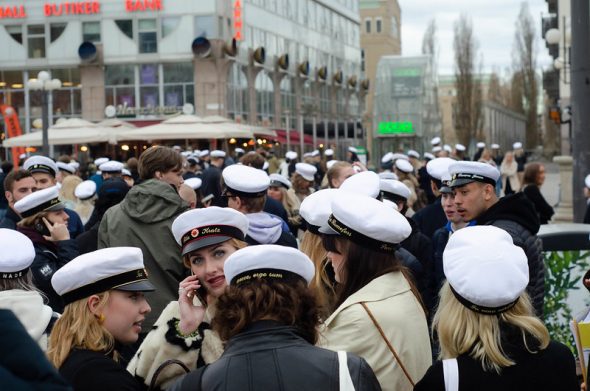 Each year a ceremony called “mösspåtagning” is held in Swedish high schools, where senior students are singing songs and putting on their student hats. This year the official ceremony was canceled. Instead, students met outside and went to the bars. Medborgarplatsen square, April 24, 2020. Photo by Tatiana Kireeva 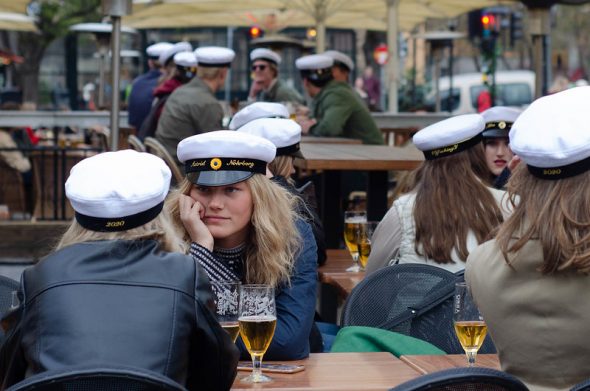 Students celebrating “mösspåtagning” at three bars next to each other at Medborgarplatsen, Stockholm. April 24, 2020. Photo by Tatiana Kireeva 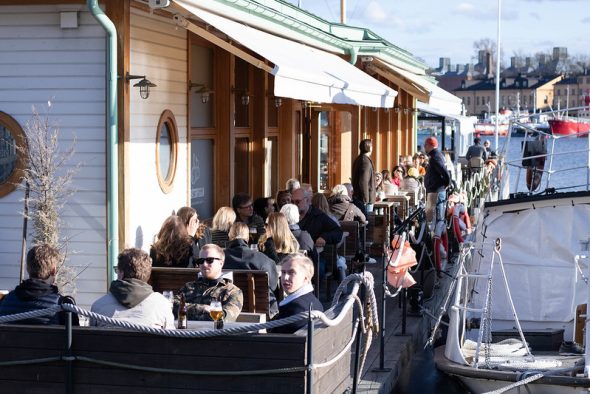 Cafés, bars and restaurants are allowed table service only, in order to avoid long lines. But the restrictions are hardly followed. A restaurant on Strandvägen, Stockholm on a Friday night. April 17, 2020. Photo by Tatiana Kireeva 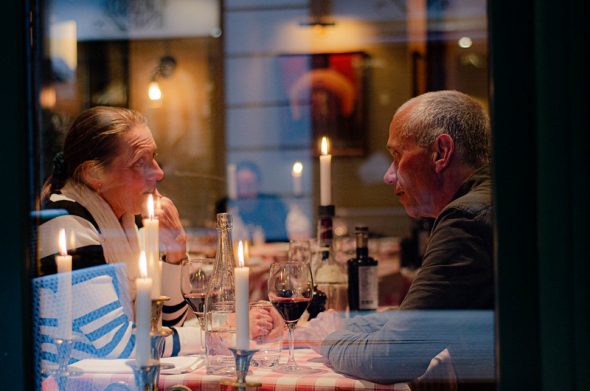 A restaurant in Stockholm’s old town on a Friday night. April 24, 2020. Photo by Tatiana Kireeva 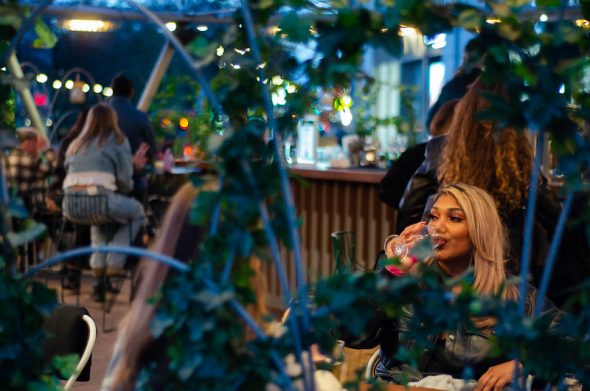 A bar at Stureplan, Stockholm on a Friday night. April 24, 2020. Photo by Tatiana Kireeva 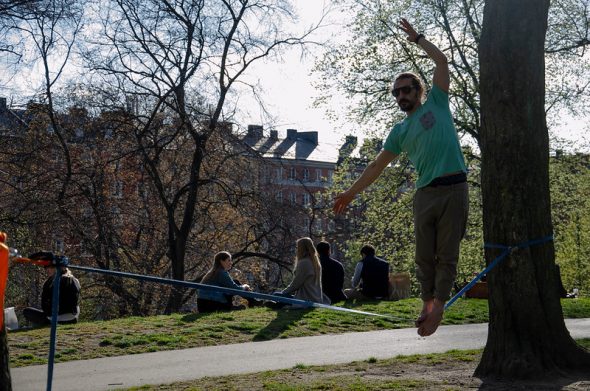 Many people are exercising outside and hanging out in parks, but rarely keeping the recommended 5-feet distance from each other. Vasastan, Stockholm on a sunny Sunday evening. April 28, 2020. Photo by Tatiana Kireeva 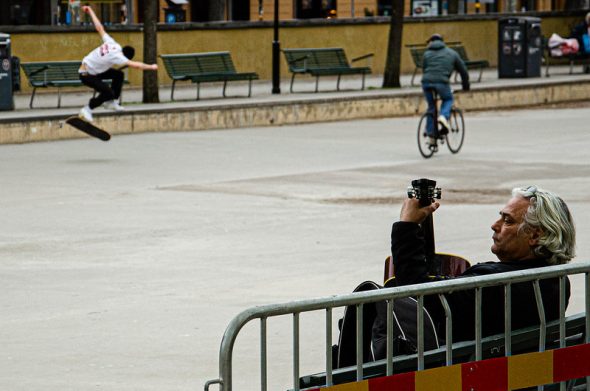 On a grey day there are less people as usual. Observatorielunden, a park in Central Stockholm. April 25, 2020. Photo by Tatiana Kireeva

This is a project of  Lori Grinker’s  NYU graduate photojournalism class.