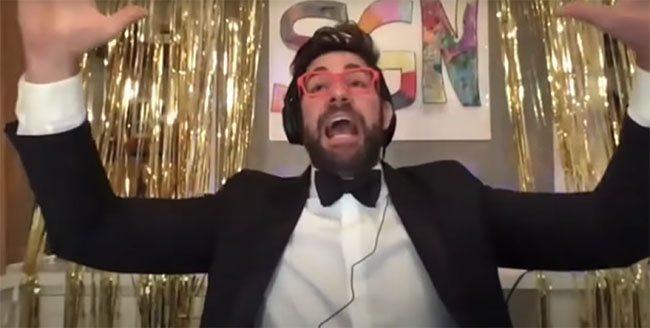 It’s hard to escape the reality of the coronavirus outbreak these days, but John Krasinski is here to give us all a much-needed break. On March 29th, the former “The Office” star launched “Some Good News,” a YouTube channel dedicated to only good news that’s happening in the world during this pandemic.

“Some Good News,” which began with Krasinski putting out a call for good news on his Twitter, gathers the various corners of the internet into one digestible, engaging news report. Imagine, a news aggregator, in the form of an interactive talk show where Krasinski is the host who brings together not only celebrities but also ordinary people who are doing extraordinary things.

There have only been three episodes so far, and Krasinski has proven that a home-made show (with his wife Emily Blunt behind the camera and their two daughters Hazel and Violet designing the SGN’s logo) doesn’t automatically mean low production, and I’m not talking solely about the technical aspects. With each release, SGN combines news pegs from across the web, mostly Twitter, with an eclectic collection of spectacles, whether musical, sports or good ole one-on-one interviews.

In the first episode of SGN, Krasinski gave the audience the impression that he didn’t know how this show would take shape exactly. But you only get one chance to nail a first impression, and Krasinski absolutely nailed it. Why? He called up Steve Carell, tasking him as the “Entertainment Correspondent” and exchanging witty banter with his former on-screen boss as “The Office” celebrates its 15-year anniversary. Needless to say, this tactic is effective at building a base audience for SGN, given the incredibly loyal fanbase of the continuously popular TV show, which includes many millennials and even Gen-Zers thanks to the age of streaming.

But that wasn’t all. The true hero of this episode, according to Krasinski, is a 15-year-old girl from California named Coco, who finished her last chemotherapy treatment and went home to a social distancing party put together by her friends, whose cars lined up on her street filled with cheers and balloons. In Krasinski’s interview with Coco, they highlighted the importance of bringing hope and light into this currently apocalyptic world, and once again, expressed their tremendous gratitude to hospital workers. Krasinski’s humility and kindness truly shined through, as he let Coco share her thoughts, creating a humble, humanizing tone that truly sets SGN apart from the plethora of at-home videos done by professional talk show hosts.

Krasinski took it up a notch in the second episode: he managed to arrange a surprise Hamilton performance on Zoom—with the original cast—and of course, the majestic presence of Lin-Manuel Miranda. This was part of Krasinski’s gift to his “Heartbreak Correspondent” Aubrey, a nine-year-old girl from Jacksonville, Florida, who was supposed to go see Hamilton live if it weren’t for the outbreak. Yes, my jaw dropped when the cast started singing the titular song of the musical. Even though I wasn’t fluent in this musical enough to be a hardcore fan, the mere act of more than 20 actors singing “Alexander Hamilton” all in synchrony—on video over Zoom—is astonishing and miraculous. Oh, did I mention Robert de Niro had a four-second cameo as SGN’s Meteorologist? 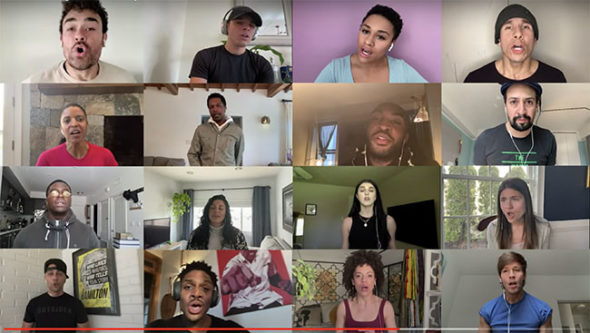 The original cast of Hamilton sings on “Some Good News”

The third and latest episode’s main focus is sports, the one form of entertainment that seems hardly possible to recreate indoors. Artists, DJs, singers can still perform and play instruments in the comfort of their homes, but players of team sports like baseball or basketball can’t just pull a solo match or play without physically being in one space. But Krasinski had an idea. After seeing how much the staff at Boston’s Beth Israel Deaconess Medical Center missed the Red Sox games, the Boston native teamed up with the legendary ‘Big Papi’ David Ortiz to give Beth Israel’s COVID-19 unit workers “four tickets for life” to games at Red Sox’s home at Fenway Park.

And the surprise didn’t end there. Krasinski virtually arranged “the most sanitized duck boat in America” to transport a group of Beth Israel staff to Fenway Park, where they received a standing ovation and a round of applause from Boston Mayor Marty Walsh, Massachusetts Governor Charlie Baker and the entire Red Sox team. Krasinski also asked the staff to throw the first pitch in the 2020 Major League baseball season at the historic stadium for the very reason: they are the heroes who deserve all the honor in the world right now.

One consistent thread throughout the series is the enthusiastic shout-out to all the healthcare heroes who are risking their lives every single day so the rest of us can stay at home. From day one, Krasinski has made this a priority when selecting news to highlight, whether about police officers flashing their car lights outside hospitals in Spain to applaud the healthcare staff, or the NATO sailors at sea clapping in their command centers, ship decks and even underwater, to pay homage to those workers inland.

While Krasinski surely takes advantage of his well-connected network of celebrities to coordinate grand gestures and surprises, his show remains focused on regular people and the numerous ways they are saving the lives of many or bringing joy to others. There are multiple routes a celebrity can pick to put his influence to good use during this time, and what Krasinski has done is smart, strategic and respectful, having created a show that balances between news gathering and original content.

For his work on ‘Some Good News,’ Krasinski definitely deserves a Dundie Award, that’s for sure. In the meantime, I’ll tune in every Sunday to get my weekly dose of good news with the other 1.91 million subscribers of this show.

Hoa P. Nguyen is a graduate student in the Magazine and Digital Storytelling program.