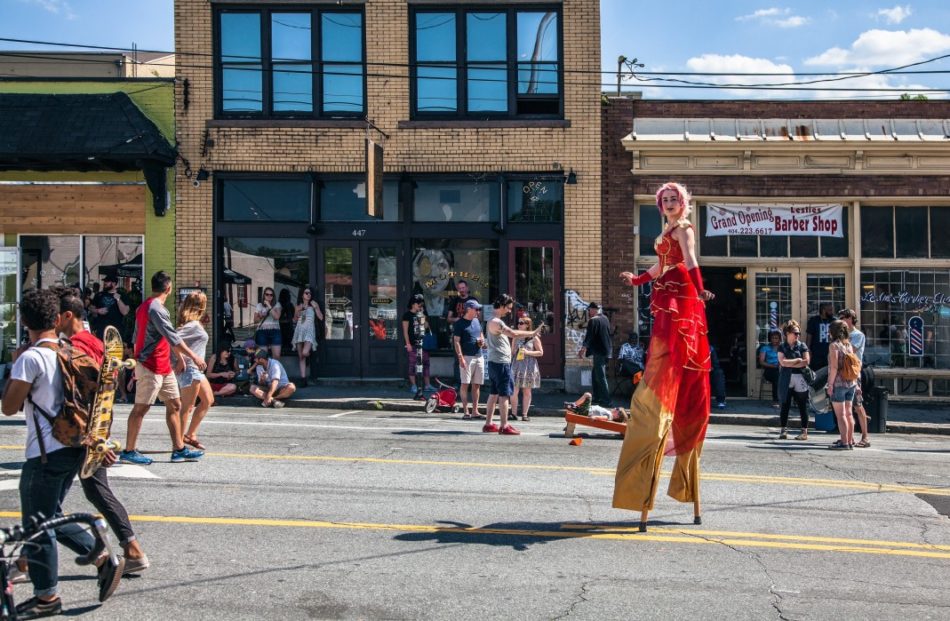 The Georgia governor wants vibrant Atlanta to return, despite warnings to extend the coronavirus shutdown. Photo by @instagramsta via Twenty20

As the United States moves forward with its reopening plan, President Trump said he “very strongly” disagreed with Georgia Governor Brian Kemp’s decision to reopen businesses in the state.

Trump said that Georgia has not yet met the requirements to enter “Phase 1” of the White House plan to reopen the country.

“I want him to do what he thinks is right, but I disagree with him on what he’s doing,” Trump said.

Kemp is allowing nonessential business such as spas, tattoo shops, hair salons, movie theaters and bowling alleys to reopen this week so long as they follow physical distancing orders.

“I love those people who use all of those things,” Trump said. “I love them, but they can wait just a little bit longer. Because safety has to predominate.”

Trump also said that he is planning to continue his tradition of holding a July 4 celebration in Washington, DC’s national mall, like last year.

“As you know, we’re gonna be doing it. Last year was a tremendous success and I would imagine we’ll do it,” he said. “Hopefully, I can use the term ‘forever.’ That was a great success, as you remember.”

Trump said that Robert Redfield, the CDC director, was “totally misquoted” saying that there would be a second wave of coronavirus in the autumn, calling The Washington Post’s headline “totally inaccurate”.

Redfield and Dr. Deborah Birx both noted that there is a potential for a second wave of coronavirus in the fall. Redfield said  that it’s important to prepare for two viruses circulating in the fall, a combination of coronavirus and flu.

Trump also signed an executive order today to ban immigration for 60 days to the United States as the nation’s economy continues to tremble under the coronavirus pandemic.

He said the ban aims to ensure that U.S. jobs created after the country re-opens go first to American workers.

The coronavirus outbreak has infected more than 825,300 people in the U.S. and has killed at least 45,075, the highest death toll of any country.

As the epicenter of the crisis, New York State saw a decline of the confirmed cases, but Governor Andrew Cuomo still emphasizes the importance of testing and urges people to stay alarmed.

Cuomo announced today that the state is launching a coronavirus testing and tracing program to build a “tracing army” who will collect data on the spread of coronavirus in the tri-state area.

Former New York City mayor Michael Bloomberg is donating millions of dollars to help finance the program. He will also design and develop the program.

Cuomo said the state has already started tracing with about 500 tracers.

“This entire operation has never been done before. It’s an intimidating exercise,” Cuomo said. “But I say so what? It’s what we have to do now.”

“This is a marathon, not a sprint,” he said.