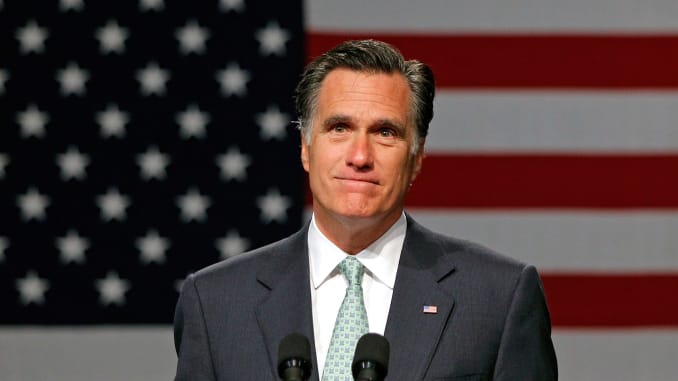 Senator Mitt Romney is in isolation. Photo courtesy of CNBC

President Trump made a seemingly sarcastic response to the news that Senator Mitt Romney (R-Utah) has gone into isolation after contact with COVID-19 infected Senator Rand Paul (R-Ky).

Trump and Romney have clashed on a number of issues, most recently over Romney’s sole Republican vote to convict Trump for abuse of power in his impeachment trial. Asked whether President Trump intended sarcasm with his comment, the President responded “No, no, none whatsoever”. His tone suggested otherwise, though.

At the press conference, President Trump continued to refer to the coronavirus as “the Chinese virus”, despite the virus having spread significantly throughout the world and Italy having overtaken China as the virus’s epicenter. President Trump also claimed that China did not give the US significant warning about the severity of the virus.

“I’m a little upset with China,” said President Trump. “They should have told us about this.”

Vice-President Mike Pence announced at the conference that 254,000 Americans have now been tested for the coronavirus, with just over 30,000 testing positive. The President said that the FDA has just approved a coronavirus test which will deliver results within 45 minutes. Manufacturing will begin before the end of March.

President Trump announced that the National Guard has been deployed to New York, California and Washington. The states will also be receiving respirators, surgical masks, gloves and other medical supplies. Medical stations will also be supplied to these states providing additional beds for COVID-19 patients. Trump stressed that the states would not be financially responsible for these resources, which would be funded by FEMA (Federal Emergency Management Agency).

On the topic of whether undocumented persons seeking coronavirus testing and treatment could be subject to arrest and deportation, the President offered no guarantee that this would not happen.

Side-stepping the question, Vice-President Mike Pence said that Customs and Border Protection does not target hospitals or testing facilities. President Trump said that undocumented persons would have access to virus testing. However neither offered a conclusive answer as to whether or not an undocumented person could be arrested or deported following coronavirus testing or treatment.

Without giving a definite timeline as to how long current lockdowns and restrictions will remain in place, the President said that the current restrictions would be reassessed after 15 days (since their announcement on March 15).

“I think you have to shut it down and you have to see,” said  Trump. “But there’ll be a point at which we say ‘We’re back in business. Let’s go.”’