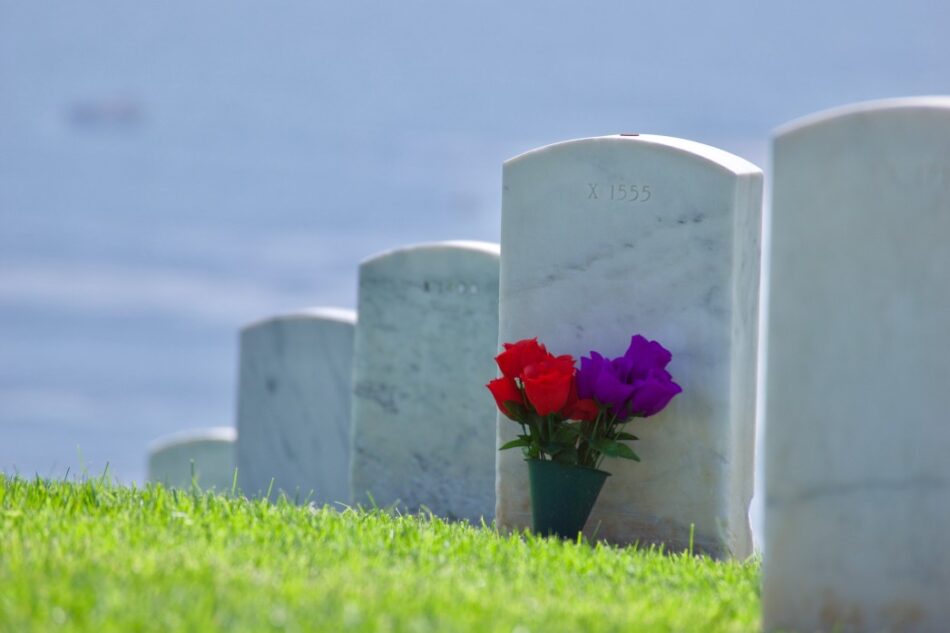 Flowers on a green hillside at Fort Rosecrans National Cemetery in San Diego, California, overlooking the ocean in the background. Photo by Tony Andrews Photography

In his push to encourage states to reopen, Trump acknowledged today that this might come at a price, in regards to human life.

“It’s possible there will be some [deaths],” he said in an interview with ABC News, while traveling for the first trip outside of Washington in almost two months, to visit a factory manufacturing masks in Arizona. “But at the same time we’re gonna practice social distancing, we’re gonna be washing hands, we’re gonna be doing a lot of the things that we’ve learned to do.”

The president said that that people are dying in other ways, from drug abuse to suicide.

“We have to get our country back,” he added.

His comments came as a response to a statement made yesterday by Dr. Anthony Fauci, Director of the The National Institute of Allergy and Infectious Diseases and point man on the coronavirus taskforce, on the decision to reopen the country.

“It’s the balance of something that’s a very difficult choice: How many deaths and how much suffering are you willing to accept to get back to what you want to be,” he said.

Trump has ceased doing daily press conferences, instead holding meetings with a smaller number of reporters and in different settings. He said on Monday that the briefings will return, just not daily, adding that “everybody” enjoyed them.

But that hasn’t kept him from speaking out. And in an interview with the New York Post on Monday he showed his opposition to federal relief money being directed to so-called blue states, some of which have seen the biggest increases in coronavirus cases.

“It’s not fair to the Republicans because all the states that need help — they’re run by Democrats in every case,” he said. “Florida is doing phenomenal, Texas is doing phenomenal, the Midwest is, you know, fantastic — very little debt. You look at Illinois, you look at New York, look at California, you know, those three, there’s tremendous debt there, and many others.”

“This is not a blue state issue. Every state has coronavirus cases,” he said. “It’s not just Democratic states that have an economic shortfall.”

Cuomo said that New York is dealing with a $13 billion  deficit and criticized the federal government for so far not having provided any aid to the state and local government, in order to fund police, healthcare and education. He also questioned the use of the term bailout.

Cuomo spent several minutes addressing Trump’s comments, going as far as pointing out that the state of New York has contributed more to the federal government than what it’s taken back “every year, for decades”.

On one thing, he and Trump seem to agree, that reopening the country is a balancing act between avoiding economic damage and saving human lives.

“There’s a cost to staying closed, no doubt. Economic cost, personal cost. There’s also a cost to reopening quickly. Either option has a cost,” Cuomo said. Although he added: “To me, I say, the cost of a human life – a human life is priceless, period. Our plan doesn’t have a trade-off. Our reopening says you monitor the data.”