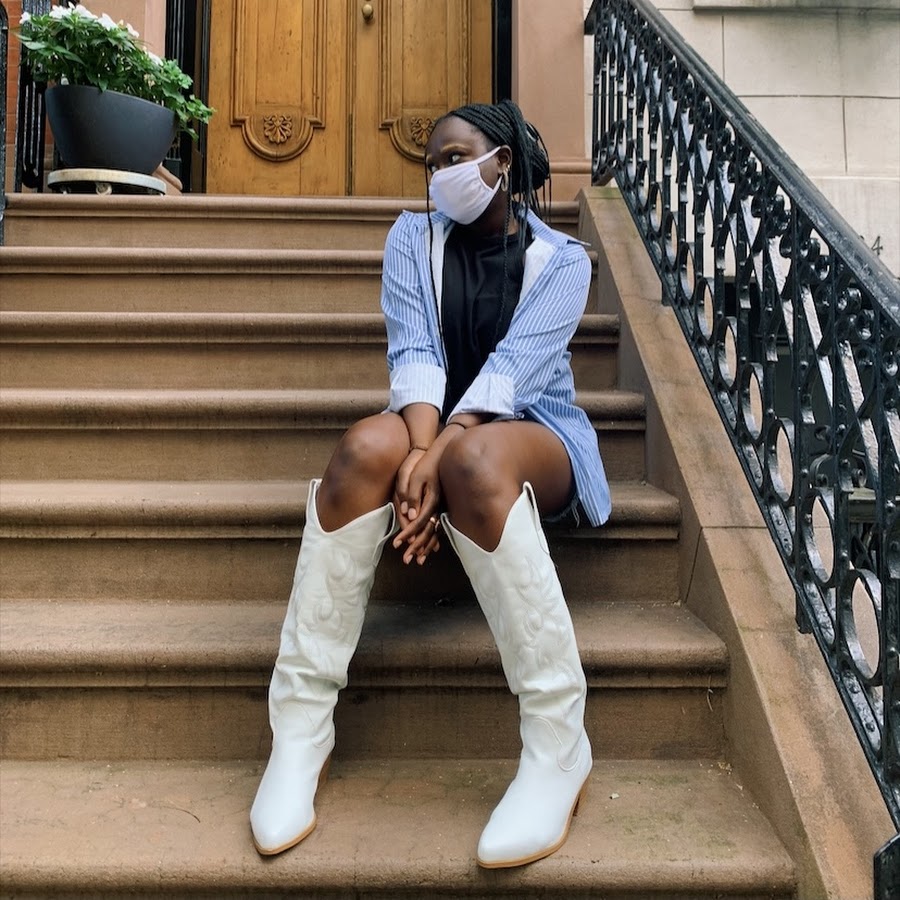 Cassi Quayson’s Instagram profile reveals astonishingly little about who the writer is. The profile picture is taken from behind her head; viewers need to scroll if they want to see her face. And when they do scroll, attempting to box her in gets even more difficult. Each photo shows the writer in varying states of being; her hairstyles vary, her eyebrows change color, the editing style shifts. Her bio simply states, “Everybody believes me!,” and viewers have no choice but to do just that; Quayson won’t make it easy for just anyone to figure her out.

“I self-identify as a Black writer. That’s it,” said Quayson, a 20-year-old based in New York City. “I don’t like labels. I like as little labels as possible; that’s something that I’ve realized about myself.”

Laying in bed in her Gramercy Park apartment, Quayson leans into the camera, face almost filling the Zoom square. Behind her, posters are scattered along a white wall. A roommate sits behind her, at a desk not quite out of the frame. She props her laptop on some pillows, once again cropping her companion out.

“I could go back and reinvent myself. Instead of Black artist, I could say that I’m a queer Black artist,” she says. “But what do you wait for to say ‘I came out’ or ‘I identify with this’? Theoretically, you don’t have to wait for anything. That’s how I feel about labeling; it’s a constant waiting to step into the fullness of the word that you prescribe to describe yourself.”

It’s all quite nebulous, to Quayson.

Quayson’s main areas of work are poetry, fiction and creative nonfiction. She is studying “Language and Liberation” at NYU’s Gallatin School of Individualized Study, a self-created major she describes as “social linguistics, comparative literature, Africana studies and creative writing, all in the goal of being a better writer.” Some major themes in her work are love, Blackness, and the complexity of identity.

But Quayson is tired of talking about identity. Moreover, she’s tired of identity only being significant when the artist is a person of color.

“We don’t ask white people: ‘How has being white made this story different?’ Because we don’t see those as productive questions for a writer to answer,” she said, describing the line of questioning as “grating” for her. “You can’t get away from making art within the scope of your identity, whether you label it or not.”

Earlier this year, Quayson released a poetry collection titled Hymn for Mirror Gazing. In one of the collection’s poems, “DRINKING WATER (VERB)”, she writes “IT’S HARD TO BE PROUD OF THE WOMAN I’M BECOMING / WHILE GRIEVING STILL FOR THE GIRL I DID NOT GET TO BE.” The piece concludes, “EVERY SO OFTEN– / I WAKE UP IN MY BODY AND I LIVE IN IT.”

“The phrase just came to me one day when I was looking in the mirror,” Quayson said of the collection’s title. “Then, a few months later when I was working on the poetry collection, I just found that it fit perfectly; the themes were mirrors, reflections, religion so it just made sense. I also like to think of the poems as ones that can help you face yourself in the mirror in a new way.”

Quayson explained that the theme of reflection is her way of seeking truth, whatever that means in the moment.

“I think that fiction [and poetry are] true in ways that nonfiction can’t be,” she said. “And I don’t like to waste my time trying to get to the fact, as opposed to me exploring something that’s there and knowing that I can’t get to the fact of it.”