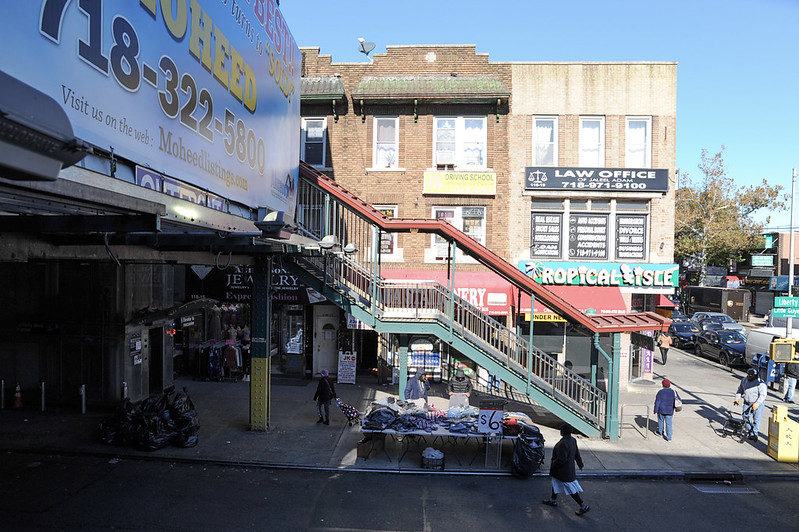 There was a microcosm of Indo-Guyanese culture tucked away inside 20-year-old Maryam Ramjohn’s childhood home in Richmond Hill, Queens. Boisterous by the weekend, the space brimmed with grandparents, uncles, aunts and cousins preparing meals together. The tickling aroma of curry—chicken, goat, seafood or duck on any given day—and roti wafted throughout. It was proximity to family which made the house feel like home and made leaving it all the more challenging.

“Living together in that way is a part of my culture because it’s customary for parents and their children to live together well past adulthood,” said Ramjohn, who left Queens at age nine. “When my family moved, we lived in a suburb of New Jersey where I struggled to find anyone that I truly related to. At this point, my culture played a more confusing role for me. It was not something I took pride in the way I do now.”

Pride came easily for Ramjohn in Queens, where Guyanese Americans make up the second-largest immigrant population and Indo-Caribbean culture, in particular, is salient. After her parents immigrated from Guyana to the U.S., her family planted roots in a somewhat demographically homogenous community. When they left, Ramjohn was suddenly among unfamiliar faces and races, searching for a sense of pride again. Knowing herself was never an issue, but promoting understanding among others was.

“My culture consists of Indian culture, African culture and European culture,” said Ramjohnn, who is also Muslim. “Not many people outside of the Caribbean know what Guyana is unless they are from a part of the U.S. that is heavily populated by Caribbean people. When this [misunderstanding] happens, I have to run through my country’s history so they can understand where I’m from and why I look the way I do.”

Understanding the history of nations with large Indo-Caribbean populations like Guyana, Suriname and Trinidad means understanding the coerced labor that shaped their diverse demographics according to Aisha Khan, an anthropology professor at New York University.

“The people who were already there were indigenous peoples,” said Khan, who also works within NYU’s Center for Latin American and Caribbean Studies. “The Europeans, Africans and Asians who have had called Guyana home for over 300 years, came with the systems of slavery and indenture, forced labor systems that populated much of, if not all, the Caribbean region.”

Khan added that Middle-Eastern populations arrived in the Caribbean by the mid-19th century, primarily as merchants.This same forced labor is what brought variegated religions to the Caribbean too.

“In the mid-19th century, you have the indentured people from India that the British bring over,” said Khan. “A minority of those indentured people were Muslim, the majority were Hindu. So it’s a really fascinating set of historical streams.”

The presence of Indo-Caribbean culture is commonplace for someone like Khan who has studied the topic, and those of Caribbean descent. For those who don’t interact with the community, Indo-Caribbeans may remain an anomaly.

“It doesn’t make much of a difference if no one knows what it means to be Indo-Caribbean,” Ramjohn said. “This ignorance and lack of representation can be attributed to several factors, namely demographics and history of divide enforced by colonization.

“It’s partly a demographic issue because the Caribbean is by far more populated by peoples of African heritage,”  said Khan. “The political angle would be that it is much to the benefit of colonizers to create a kind of divide and rule strategy, and often the differences among groups are couched in racial or cultural terms. This is ideology and a strategy on the part of colonizers, but it does influence post-independence societies in the Caribbean.”

Ambivalence to Indo-Caribbean culture is reflected in systems of racial identification, as seen on the census or official U.S. documents, that have historically reduced racial and ethnic identities to a matter of boxes and labels. If you don’t choose to label yourself by the options provided, your only other choice is typically “other”. Being the “other” sends negative messages about the value of those who select it. The label echoes the seemingly innocuous, “what are you really” inquiry that non-white people often get. For many Indo-Caribbeans, it’s a moot question.

“There’s no perfect ‘Indo-Caribbean’ spot to check off,” said Alyssa Harrynanan, 21, who is Indo-Trinidadian and Hindu. “I’ve typically checked off Asian, but that didn’t feel right to me. In fact, I remember a teacher in high school telling me that was wrong, that it was like lying. Recently once or twice, I’ve seen ‘Caribbean’ on forms that I’ve filled out, which feels so good because it actually feels like I’m represented. Even though it should technically be Indo-Caribbean.”

Both Harrynanan and Ramjohn attend Union College in Schenectady, New York, where they embrace their culture through their school’s Caribbean Students Association and the town’s considerable Indo-Caribbean population. Despite facing continued ignorance, they celebrate. From Bollywood to dance hall, their expansive culture provides joy that a few checked boxes can never encompass.

“There’s so much that I love about my culture,” Harrynanan said. “I love the positive atmosphere that is created, one that promotes just living life and having a good time. I love Caribbean music, dancing, the food, visiting Trinidad, my family, speaking with a Trinidadian accent. I’m very grateful that I’m able to embrace it so wholeheartedly.”