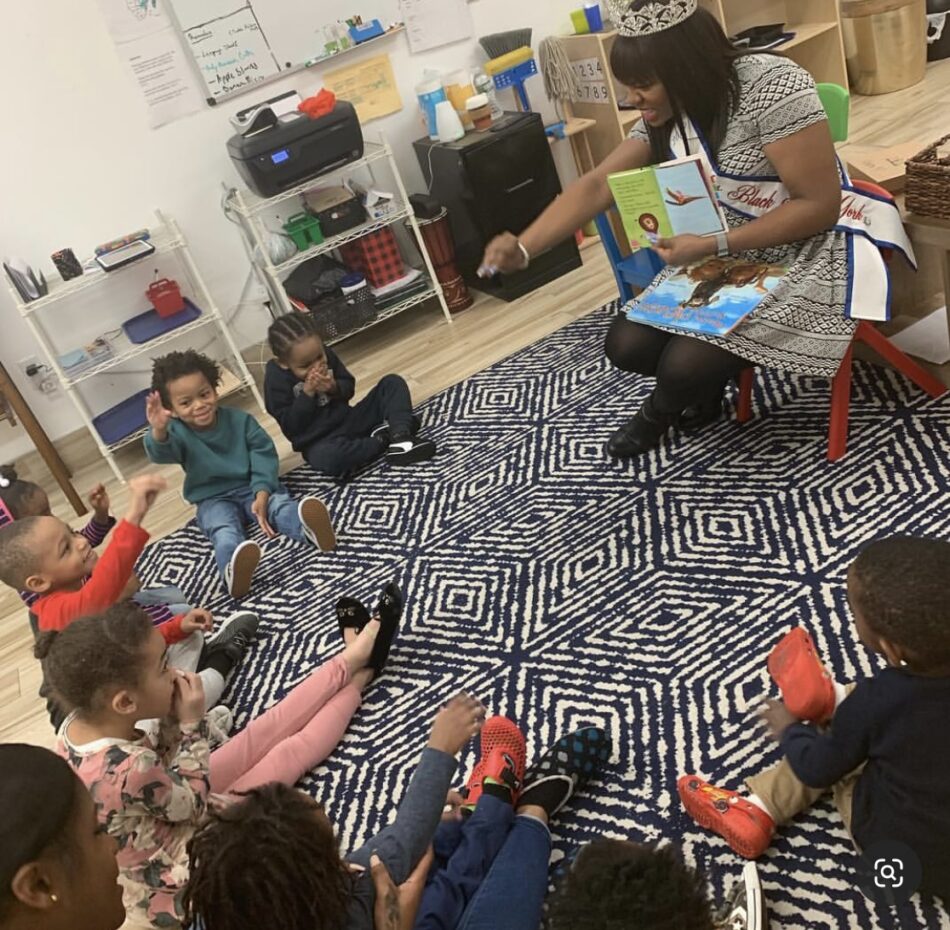 When Aliyah Sanders, a Black mom, hunched over to see what her 3-year-old son was doing in his coloring book, she was disappointed to see him using an extremely light shade to fill in the human faces. She wanted him to use the brown crayon instead. Immediately, Sanders knew that she had to do something, and so she shifted her son from his previous kindergarten school to Seneca Village Montessori School, an Afrocentric preschool in Crown Heights, Brooklyn.

“When he grows up, I want him to feel like being Black is a very cool thing, and now is the time I got to act if I want that for him,” Sanders said.

The U.S. Department of Education reports that there is a strong positive correlation between a child’s experience in kindergarten and their later success in personal and professional life. So parents like Sanders are specifically choosing Afrocentric kindergarten like the Seneca Village Montessori, in order to empower their child’s sense of self in a way that traditional preschools in America historically haven’t been able to.

“This is sort of a new trend, it’s still picking up, but it’s good to see parents hopping onto this trend of Afrocentric kindergartens,” Dr. Eddie S. Glaude Jr., the Chair of the Department of African American Studies at Princeton University said. “Trust me, it’s going to do a lot of good for these kids and the way they perceive themselves. I’d love to see what this new generation of super confident Black kids from Afrocentric preschools is going to look like when they grow up.”

“I really think that this kind of a foundation from an early age will give my daughter a strong sense of pride about where she comes from,” Melvin Foreman, another Black parent at the Seneca Village Montessori School said. “Like if she can feel confident about where she’s come from and who she is, it will really help her to thrive in white spaces, or any spaces, later in her life.”

While integration among children of different races and cultures is one of the goals at some schools and preschools, parents like Sanders and Foreman are rejecting integration for a different goal of instilling Black pride in their children and empowering them.

“I don’t have a problem with diversity and integration, but when I think of integration, I’m thinking of it as a threat to my child. I see him losing a sense of who he really is, just to be accepted by a bunch of white kids,” Sanders said. “Like if he’s already using the light crayon to colour faces, how could integration even be a part of my concern for now?”

A 2015 survey by the National Museum of African American History and Culture (NMAAHC) stated that only 1-2 lessons or 8-9 percent of total class time is devoted to Black history in U.S. kindergarten history lessons. This means  schools and preschools don’t really focus on African history, which makes students of color see the world through a Eurocentric lens and see themselves as insignificant. The Afrocentric system aims to change this narrative by focusing on Black culture, history and art.

“Out here my girl is playing with Black dolls, reading books with Black kids as the main characters, learning about history through a Black perspective, spending her day with a Black community, what more can I even ask for,” Foreman said. “I know she’s in good hands, and I see her as a confident little Black girl today.”

Sanders also said her son’s Afrocentric education is changing how he sees himself.

“He finally started using the brown crayon a while ago. It’s such a relief,” Sanders said. “Like it kind of makes me feel that he’s now getting confident and comfortable with who he is, and it makes me happy.”

“Having Afrocentric kindergartens is a relatively new trend, it’s not as common as Afrocentric high schools and everything, which is why it’s a little bit of a luxury for now,” Glaude Jr. said. “While that can be problematic, because the lower income Black people need the most help, think of it this way, at least we’re starting somewhere.”