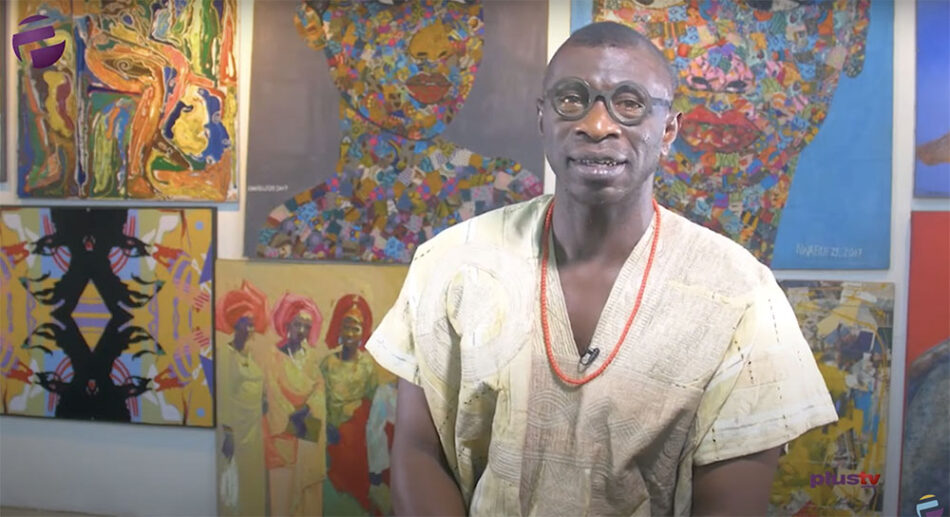 Throughout his 25 years long career in the art industry Chike Nwagbogu, one of the owners of Pure Lagos African Art Gallery  and Boutique in Norfolk, Virginia, has always promoted African American artists who incorporated styles and themes of African aesthetics in their work. Since the murder of George Floyd and the more widespread focus on Black culture, the demand for his company’s artworks and the diversity in his clientele has increased. But despite his appreciation for the movement’s intentions, Nwagbogu finds the Black Lives Matter message to the public rather “toothless.”

“We’re not asking for a place on a table of things that matter,” said Nwagbogu, 49, of Norfolk, Virginia. “Black lives are the origins of all lives that matter. We created the table. We’ve set up the superstructures that inform humanity.”

Nwagbogu thinks BLM is riding the crest of a bigger understanding of what’s going on, comparing the last several years to the end of the Cold War era and the investment opportunities to those around during that period. He refers to the shift as “the age of Aquarius,” a popular subject among the 20th century Black songwriters who prophesized the transition in their music.

“The bigger change agent that is driving the BLM or even our own relative success is an awareness of Africanness and its impact on civilization,” he said.

Nwagbogu believes that the near future will see a great increase in interest for everything African. His belief is held up by the rise in popularity of African products  and a drive to support Black owned businesses since the murder of George Floyd, especially among young consumers.. According to the Selig Center for Economic Growth, Black buying power is projected to grow to $1.8 trillion by 2024 in the U.S. alone, outpacing White buying power. There has also been an increase in galleries  interested in showing Black artists.

“Because of the spiritual power, the essence of African art, the West wants to buy art pieces at a very low price believing that the playing field will level out,” Nwagbogu said. “So, it is now the time to invest in all things African, whether it’s art, music, real estate, anything that has Africa in view, this is the time.”

Conrad Francis, 74, of Harlem, is recent proof that Nwagbogu puts his money where his mouth is. Francis found out about Nwagbogu’s company after a visit to one of the professors at Norfolk State University, where he received his Master’s in Psychology.

“Dr. Singletary (the professor) has more African American art and artifacts in his house than any museum I’ve ever been to,” said Francis. “There are paintings, there are sculptures, masks, spears. And he developed an affinity for my work, and he bought about six pieces.”

Nwagbogu’s gallery held a show for Francis, which helped him to make his biggest sale. While his initial paintings were in the mode of Jean-Michel Basquiat, a Puerto Rican and Haitian artist from Harlem, Francis now feels more confident in concentrating on the more abstract, archetypes-inspired works.

“My definition of African is very broad,” said Nwagbogu. “For me, to be African is not just to be born on the continent or to be of African descent. To be African is to have the spirit of creativity, true creativity, you know from the origins of creation. It’s remarkable that a lot of contemporary symbols and motifs are found in African tradition and world views.”