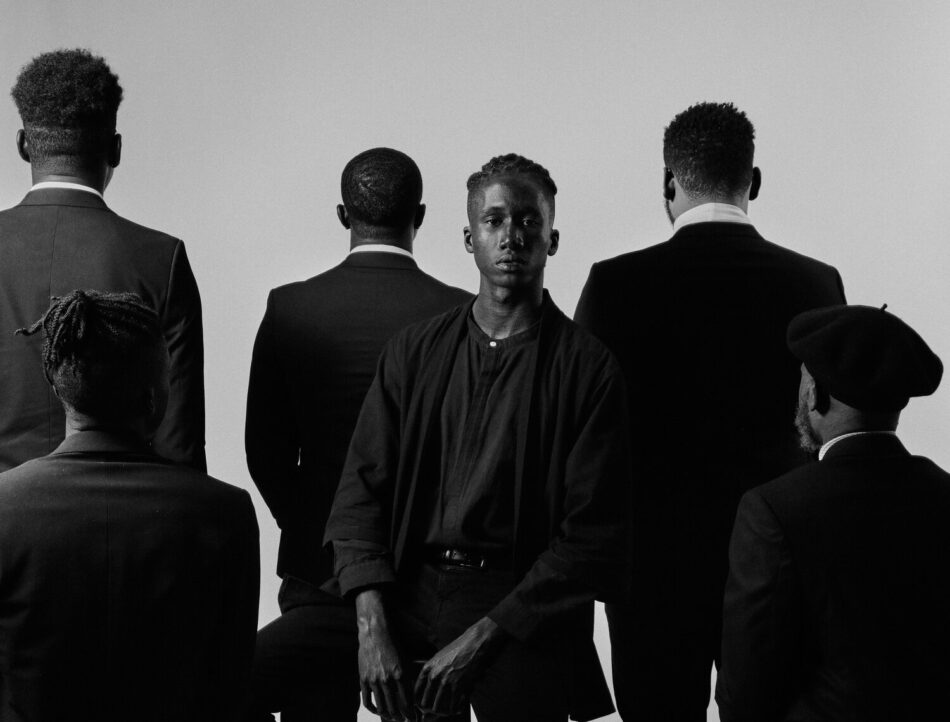 Eric Hart Jr. can still remember the words his aunty gave him when he was around 13.

“‘You need to know who you are, and what you’re capable of,’” Hart recalled her saying. “‘You are so powerful,’ she told me. And that stuck.”

Through his photoshoots with Rolling Stone, the Washington Post, and New York Magazine, and while working with artists such as Spike Lee and Flo Milli, he’s kept those words close to him.

“It was one of the first things ever that I really feel changed my way of looking at life,” said Hart, with a smile.

Hart is a 21 year old artist, and a senior at NYU. He’s gained recognition in the past two years as a strong, blossoming photographer, so far as to receive a hand-written note from Beyonce thanking him for his work.

“She’s everything,” said Hart. “And so to be recognized by her was just amazing.” 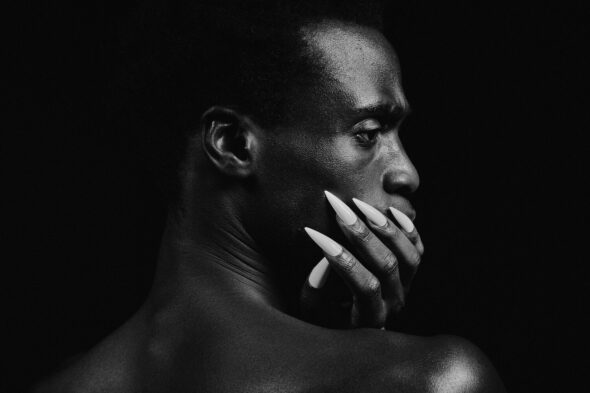 A decade before Beyonce’s shoutout, Hart got his start in Macon, Georgia, taking photographs with an iPod touch. Out of boredom, he would capture moments in the life of his cat, or just things in his yard. And it was also on that iPod that he found inspiration. In addition to enjoying clips from the show Glee, Hart also began binge watching music videos.

“That was my first introduction into like, real art,” said Hart. “Even now, on my senior thesis, I made a playlist of songs that feel like they’re images. A lot of the shots I take are what I imagine to be the music video for a certain song.”

For Hart growing up, Black representation in art usually meant Tyler Perry movies. But to him, those stories were always missing something.

“When I think about Blackness, what I’m looking for there is also that element of queerness,” said Hart. “A lot of the times when I’m taking photographs, I’m speaking to the child who wanted to see himself. The child that couldn’t find his own stride. For me, that’s self love.” 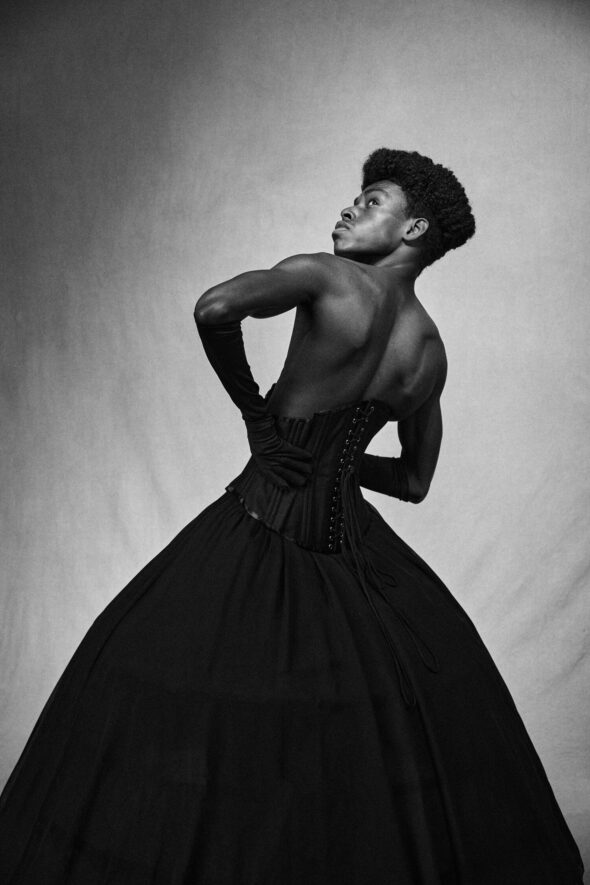 Looking at Hart’s photography, it only takes a moment to see that self-love often manifests itself as confidence in front of his camera. His models hold their heads high, often looking down the barrel of the lens, their faces stoic, powerful. This confidence is something he searches for in his subjects.

“Once I walked out of the train, it was kind of windy,” said Olajide Adeleke, describing the summer day on which he modeled for Hart. “It blew away the sweat, whatever beads I had. But it wasn’t from being anxious, it was the heat.”

Adeleke, who would describe himself as quiet, cool, and outgoing when he needs to be, modeled for Hart’s Unravel series. Even before collaborating with him, Adeleke had been an admirer of Hart’s photography for a while.

“It’s real dramatic.” regarded Adeleke about Hart’s work. “The way he captures people, they never shy away from the reality of being seen. He’s really able to capture the essence of an individual.” 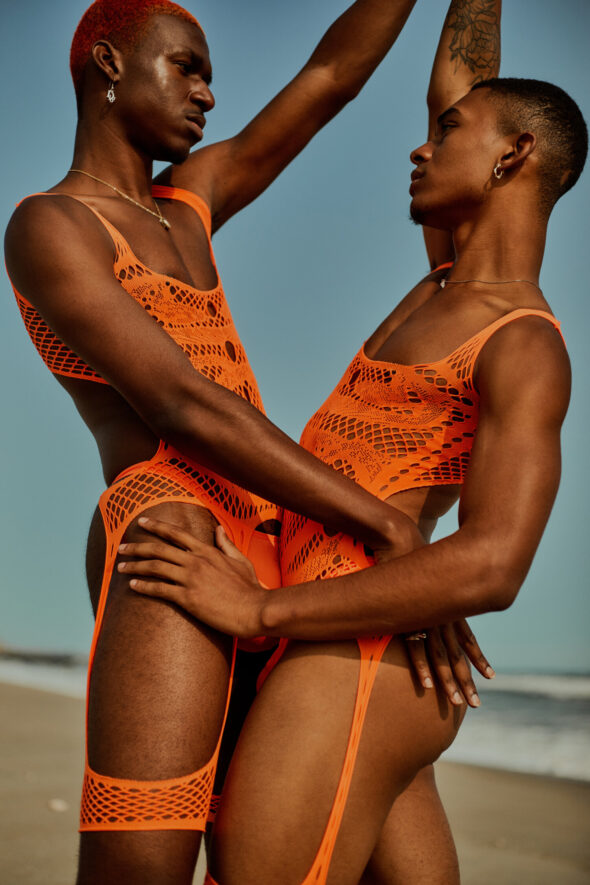 Unravel, like much of Hart’s work, is centered around the study of masculinity as a form of power. It is that essence of masculinity that Hart wants to capture within queer bodies, trans bodies, and Black men.

“I think he wants to approach it as a way to reclaim Black bodies,” said Adeleke. “You can go to a museum, and see how Black bodies have been beaten and treated like nothing. But to see power in the photos that he’s taken, life in the power of Black bodies, and the power in Black bodies owning the life that they have, knowing that they’re there without having to be hurt? That’s what’s up. That’s for real.”

Adeleke remembers Hart as someone who greets people with open arms, someone who will smile warmly at you, and hear you out when you’re speaking. If you ask Hart what his happy place is, he’ll tell you it’s listening to Beyonce, or eating his grandma’s spaghetti. He, of course, has ruts of self-doubt, and dreads the idea of succumbing to being average. But, when he finds himself in those moments of despair, his solution is simple: