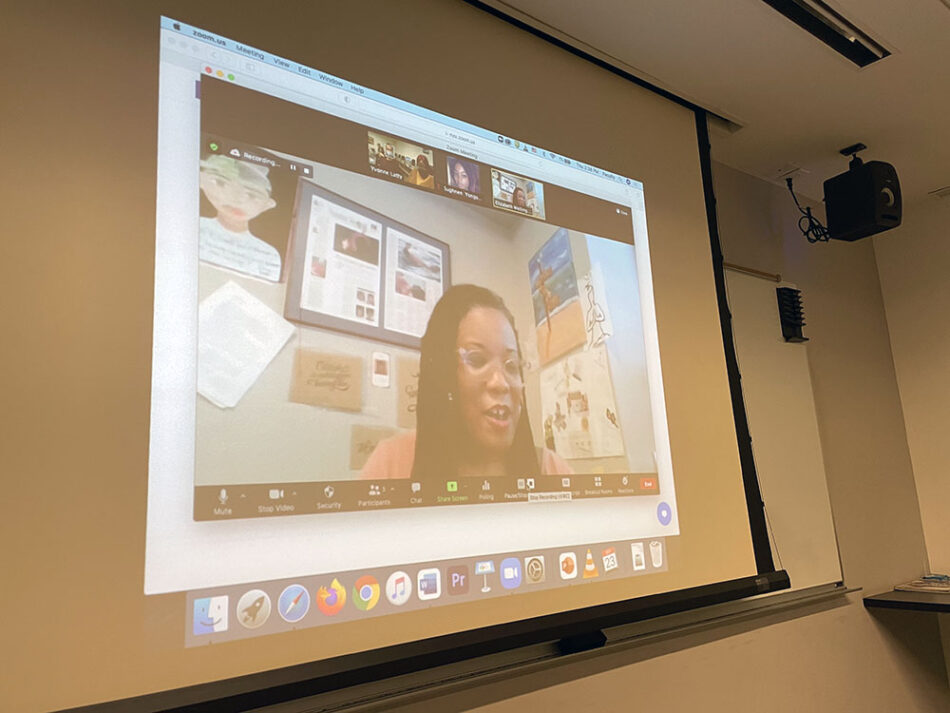 For 5-year-old Elizabeth Wellington, her mother’s fair skin was an obvious sign that she was a white woman. Even though she often rocked Pam Grier-esque, mega Afro or blonde-streaked press and curl hairstyles, she was still white in Wellington’s eyes. While their complexions were worlds apart, there was still no doubt in her mind that Margaret Wellington was her biological mother.

Wellington’s racial reckoning can be traced back to a moment in time when she had likened a white actress on TV to her mother, expressing that they were both white women. At that moment, her mother, the older Wellington, gently took her hands and explained that although her skin tone was very light, she was a Black woman. In her recently-published article “Choosing Blackness,” a piece in an anthology series for The Philadelphia Inquirer’s “Wildest Dreams” project, Wellington details the incident, describing it as a moment where her 5-year-old self was initially confused at the realization, but also, eventually relieved.

Now sitting in on a Zoom call with Journalism students from New York University where she is being interviewed, Wellington, an NYU Alumni herself and a reporter at The Philadelphia Inquirer, answered questions about race in America, Black identity, and her journey as a Black female reporter. It has been one week since her article was published as part of a landmark series on Black identity, and the NYU class she is speaking at is called Reporting Black America.

Behind her, attached to an austere gray-colored wall, is a wide, black picture frame with clippings of two newspaper articles inside it. Surrounded by the picture frame are various paintings, greeting cards, handmade drawings, and a few pieces of 8.4 x 11 paper stapled together.

In the article, Wellington writes that the startling realization of her mother’s Blackness shaped how she would grow up to define herself as a Black woman in America, and inspired her to go on a search to gather information about her family’s background.

In the process of digging into her past, Wellington discovered that her maternal grandfather, James L. Wilkins, who she often affectionately called Daddy Wilkie, grew up in an era where many Black people who looked white, made the unequivocal decision to absolve themselves of their Blackness and identify as white because of the influence of the Jim Crow racial caste system. In “Choosing Blackness”, Wellington aptly describes her grandfather as “someone who had porcelain skin and eyes that alternated between blue and green — depending on the color tie he was wearing.”

Of course, tracing her ancestry and heritage meant that Wellington would uncover the bitter traces of slavery and the stamp that it left on her side of the family for generations.

“In the 1400s when Black people originally came to this country as slaves, some of the white men would sleep with the Black slaves, eventually making them pregnant, and while the Europeans originally said that children of born into that system would assume the identity of their fathers, in reality, it was economically better for the children to remain slaves, and identify as Black and that is what happened,” she said

During the Zoom call, Wellington candidly spoke about her experiences as a Black reporter.  She details her start in journalism by sharing that she had initially gotten her foot in the door after she applied to an internship through the National Association of Black Journalists (NABJ), and got in. Her career progressed from there.

When Bianca Brutus, an NYU senior at the College of Arts and Sciences, asked if she had ever experienced colorism, she paused shortly, before agreeing that she had.

“I grew up in New York in the 80s and 90s, and some of my earliest memories, are of people telling me that I did not look like my mother, but instead, they would say that my sister looked more like my mother because she was a couple of shades lighter than I was, even though we had the same nose and eyes,” she said.

Although she acknowledged that colorism was rampant within the Black community, she  expressed that it was a long-standing derivative of racism that had been foisted on Black people right from the days of slavery.

“I have been privileged to see a change,” she said of colorism. “I was born in 1973, and I shouldn’t even say that out loud, but the 70s, 80s and early 90s were characterized by people defining themselves as Black, no matter what percentage of Blackness they had in them, and I think that was a product of culture and society.”

While she acknowledges the damage that racism caused in the Black community, Wellington said that the concept of racial classification was not created by Black people, but by the environment that they found themselves in.

“Race is a construct, and from what we know,” she said. “Black people did not create this construct, but it affected them and eventually produced colorism. People are different, and while there are some biological differences like the presence of melanin and different bone structures, how we work as humans is pretty much the same.”

According to Wellington, the years following the Civil Rights movement did a lot to soften the impact of colorism, but there is still a gray area that exists when discussing Black culture, and what part of it white people get interconnected in, especially through the performing arts.

“You have someone like Rachel Dolezal who is a white woman but chose to identify as Black, and the issue is that she got to assume that identity without truly experiencing the pitfalls of it, and then you have Teena Marie, who was often confused for a Black woman, but the difference was that she was very clear about her whiteness,” she said.

In a candid moment, Wellington acknowledged that Black culture had left an indelible mark on other cultures, and its impact was especially eminent in American white spaces.

The students wanted to know what was Wellington’s wildest dream.

“My real wildest dream is to sit my behind at home, work on my novel, and drink wine all damn day,” she said  with a light flip of her dreadlocks.