For decades women from all over Africa have made the life-altering decision to leave their homes, families, and communities to come to the United States, seeking family reunification, social independence, job opportunities, or education. Sughnen Yongo-Okochi is one of these women. Yongo-Okochi, 27, left her hometown in Nigeria 10 years ago in search of a better education in America then ended up building a life here, pursuing her journalism career, having a son, and getting married.

Like many other African women, the advanced feminist landscape in the U.S.—compared to Nigeria—played a significant role in Yongo-Okochi’s choice to migrate and remain in America. 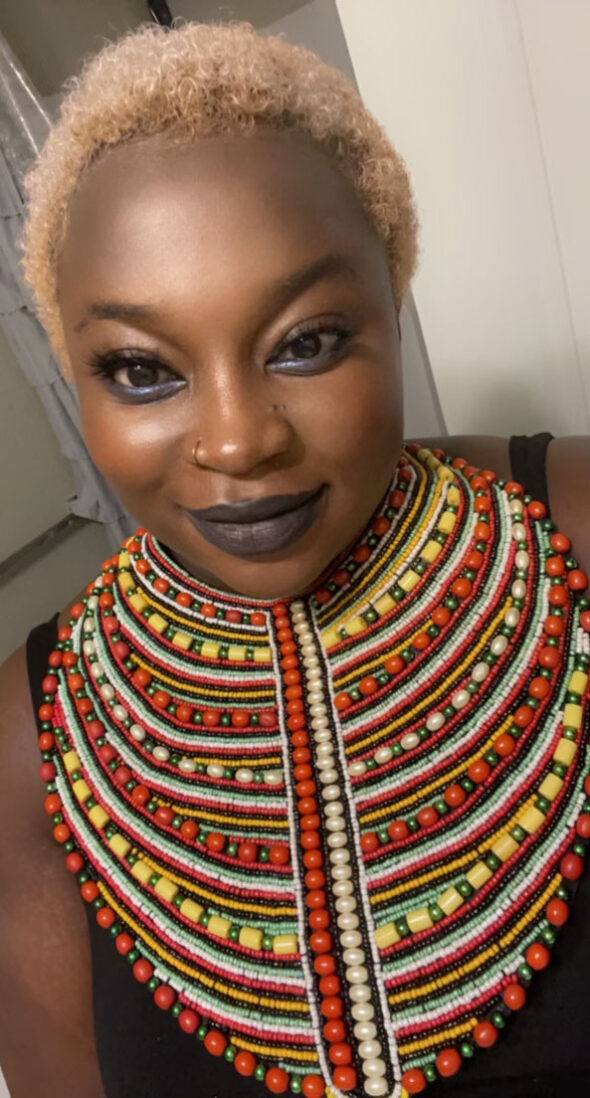 “America meant empowerment to me. It meant liberation. It meant the ability to truly be who I am at the core,” Yongo-Okochi said. “I am free-spirited and artistic and it shows in my appearance with my short blonde hair and piercings. My mum would always say if you have all these things, you will look like a ‘loose girl.’”

Yongo-Okochi never thought or behaved according to the predominant cultural and religious elements in Nigeria. This made her an outlier among her family members and it was exacerbated when she had her child.

“I got pregnant before I got married and this was a big deal back home. It was like, ‘you’re loose and you’re a whore and you’re a disgrace to the family,’” she said. “It was just very stressful for me emotionally and mentally because I knew that if my male cousin did the same thing, he wouldn’t go through that.”

These cultural and religious elements are not unique to Nigeria. Sharon Nyakundi, 29, a Kenyan immigrant, believes that in her home country, the patriarchy is rooted in traditional culture and religion which was the foundation of her home.

“Here the feminist fight is in some ways more political unlike at home where it is a battle against culture and religion that is the very historical foundation and core of many African families,” Nyakundi said.

Abosede George, a professor of History and Africana Studies at Barnard College and Columbia University with an academic focus on African women and African migration, disagrees with this argument believing that patriarchal norms are not an inherent part of African cultures because there is so much more. However, she does believe that the difference between feminist landscapes in Africa and the U.S. is the strength of institutions that are in place to support them.

“There are institutions that are in place to guarantee individual rights and equality of opportunity,” she said. “A lot of African countries including Nigeria have pretty egalitarian laws, on paper, that should promote some uniformity of experience and protect women from random discrimination but when those laws get violated, which they do routinely, there is just a really stark difference in what people have recourse to.”

As an accomplished Wall Street lawyer, Nyakundi also admits that she has remained in the U.S. for the past 11 years—since coming here for college—because the work environment here is more conducive for women than in her home country.

“At home, some friends have to trade favors with men to get jobs or have to fight off men in the office to be taken seriously as professional women and being told to focus more on family rather than their jobs,” she said. “Here, I have more agency over my career, my body, and my interests than at home where these are sometimes subject to the needs of the culture and the family.”

Anima Addo, 24,  an African immigrant from Ghana also believes that America is better for a career woman than her home country.

“Subconsciously, I knew I had a better chance of succeeding as a woman in a male-dominated field/industry migrating to the US,” said Addo, an IT Applications Analyst in Illinois. “Finding a job might be difficult, despite my qualifications I might need an introduction/reference (most likely from a man) to get the job.”

George also mentioned that these experiences often lead to women in Africa being unable to gain financial independence,

“For African women, financial dependence is built into the structure: differential salaries based on age and gender play a role in keeping African women in a junior status,” she said. “The opportunities that women get to have to gain financial independence are radically different here because there’s the expectation that you should be able to just work and live without being harassed because of your gender or sex.”

Despite the fact that female African immigrants’ income growth rate has outpaced that of U.S.-born men and women and they are the highest-paid group of immigrants, George believes that the quest for financial independence is a much more powerful push for African women to migrate to the U.S. than the pull of higher earnings.

“Women are leaving primarily because of the suffering that they do know, rather than what they expect to find,” she said.